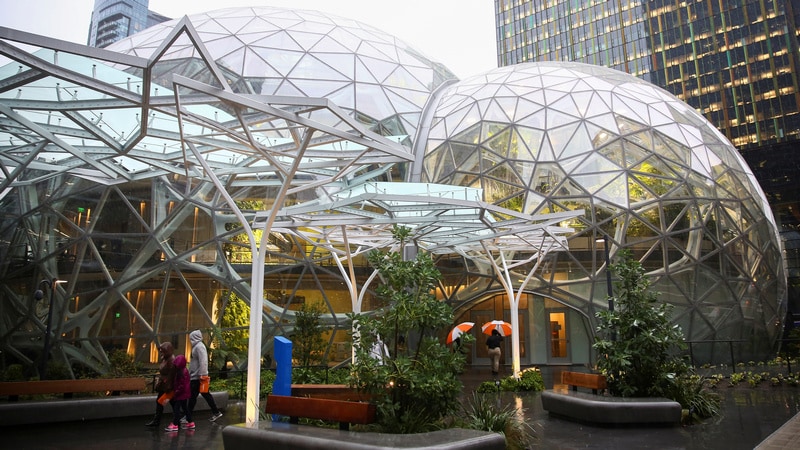 Main entrance of the Amazon Spheres at Amazon's Seattle headquarters in Washington, US

Amazon.com is laying off hundreds of workers in its Seattle headquarters and beyond, reversing a years-long trend of breakneck hiring and expansion, according to a person familiar with the company's decision.

The online giant, which last year added nearly 130,000 employees globally, will cut "a few hundred" positions in its Seattle headquarters, as well as hundreds more globally, the person said. Layoffs began a few weeks ago, and they are part of a strategy to trim parts of the existing retail business in favor of adding jobs to support rapidly-growing areas, such as its Amazon Echo devices, digital entertainment and video, and the company's Amazon Web Services cloud business, said the person, who spoke on the condition of anonymity to discuss internal plans. The Seattle Times originally reported the news Monday.

"As part of our annual planning process, we are making head count adjustments across the company -- small reductions in a couple of places and aggressive hiring in many others," an Amazon spokesman said in an email. "For affected employees, we work to find roles in the areas where we are hiring." (Jeff Bezos, the chief executive of Amazon, also owns The Washington Post.)

As one of the country's largest private employers, Amazon has been hiring aggressively in recent years. Last year, the company announced plans to hire 50,000 warehouse workers, staging a one-day blitz dubbed "Amazon jobs day." The company is also currently scouting sites for a second North American headquarters, where it plans to employ as many as 50,000 full-time workers, many of them in high-paying office jobs. Those plans will not be affected by the latest layoffs, according to the person.

The online giant reported its highest quarterly profits in company history this month, with $1.9 billion (roughly Rs. 12,200 crores) in profits on sales of $60.5 billion (roughly Rs. 3.88 lakh crores). It ended the year with 566,000 employees globally, up 66 percent from a year earlier.