Amazon Prime Subscribers in the US Get a New Benefit: Free Whole Foods Delivery in 2 Hours 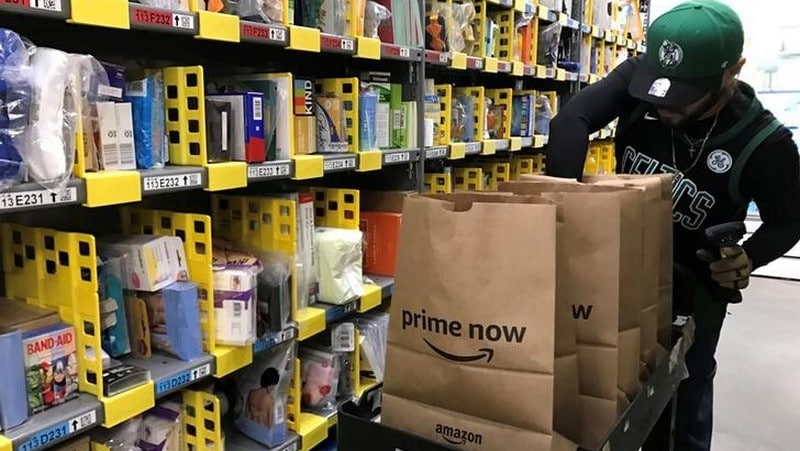 Amazon is bringing its speedy delivery to Whole Foods - and Margot Good might never visit the organic grocery chain again.

"I can stay in my pajamas at home and have them deliver me my groceries," she said Thursday after learning about the new service outside a Cincinnati location.

The online retail giant plans to roll out two-hour delivery at Whole Foods this year to those who pay for Amazon's $99-a-year (roughly Rs. 6,400) Prime membership. It is the company's biggest move since it bought the organic grocer last year.

It's also precisely the action rivals have been preparing for since the day Amazon - with the Prime program that's been so successful in cementing customer loyalty - announced plans to buy Whole Foods.

While convenient, not everyone wants other people picking out their eggs or fruit. A major hurdle for companies that offer grocery delivery is getting those people to sign up, said Darren Seifer, a food and beverage industry analyst at NPD Group.

"There are always going to be people who want their bananas a little green," he said.

Ade Ogbomo, a teacher in Dallas, said she orders everything from Amazon - except food.

"I like to get it myself," she said outside a Whole Foods store. She worries about the possible mishaps: "Maybe the bananas are bruised or the cookies are all broken up, and you can't really complain because you asked for it."

Good, though, said she thinks Whole Foods has high-enough quality produce that she's not worried about choosing items herself.

About 7 percent of US households bought groceries online last year, according to NPD Group. Most of those - about three-quarters - get their orders delivered to their door; the rest pick it up at the store. NPD Group said it expects online grocery shopping to grow quickly, especially among young adults, who are more comfortable shopping online.

And grocery chains don't want to miss out when that happens.

Walmart, the country's largest grocer, is making it easier for customers to order groceries online and pick them up at the store. Target bought grocery-delivery company Shipt late last year. Kroger, the largest traditional supermarket chain, has been promoting store pickup for online orders and doing trials of home delivery.

Maggie Anderson, 38, a therapist in Cincinnati, said she has tried it at Remke, a regional chain.

"I just did my first order online at Remke this week because I was of out of town, and that was great," she said. "It saved me a whole hour and a half of time."

For Amazon, items will be pulled from Whole Foods stores, bagged and then delivered by Amazon drivers. Amazon, based in Seattle, said there's no extra fee for two-hour deliveries above $35 (roughly Rs. 2,250), but one-hour delivery will cost $8 (roughly Rs. 510). The company isn't saying where delivery will expand, but its Prime Now service is in more than 30 cities, including Chicago, Milwaukee and San Diego.

The announcement gives Amazon yet another way to get groceries to customer's doorsteps.

It already does so through AmazonFresh, but that requires a $15-a-month fee. And Prime Now delivers groceries from its facilities, but it has also offered grocery delivery from other physical stores, including Whole Foods rival Sprouts Farmers Market.

Whole Foods also offers delivery in some cities through a partnership with delivery service Instacart, which will continue.

Buying Whole Foods was the biggest part of a push into physical retail for the chain known for online shopping. Right after taking over Whole Foods, Amazon made a splash by cutting prices on bananas, yoghurt and other items. It also began selling Kindle e-readers in some of its 470 stores, and started selling Whole Foods-branded food on its site.

Good's friend Debbie Alf, who picked up some fruit and lunchmeat on Thursday, said she's intrigued by the two-hour delivery pledge. Would she give it a try?

"Maybe sooner than you think," she said. "If I forgot something, maybe later today."