The annual Prime membership plan will go up by Rs. 500. 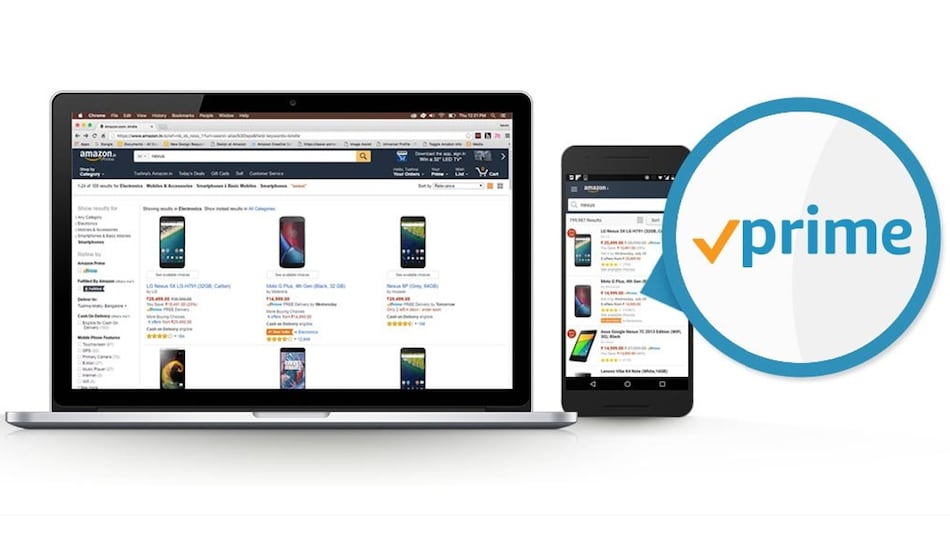 Amazon Prime in India is about to become costlier by up to 50 percent. As a result of the update, the annual Amazon Prime membership will be available at Rs. 1,499, up from the existing Rs. 999. The changes will also come into effect for the monthly and quarterly Amazon Prime membership plans in the country, the company confirmed to Gadgets 360. Amazon Prime brings early access to online sales as well as includes benefits such as Prime Video, Amazon Music, Prime Reading, and Prime Gaming.

An Amazon spokesperson confirmed to Gadgets 360 that the Prime membership in India is being revised from Rs. 999 to Rs. 1,499 for the annual plan, Rs. 329 to Rs. 459 for the quarterly plan, and Rs. 129 to Rs. 179 for the monthly plan. The change in the pricing is planned to be implemented “very soon”, though Amazon has not yet provided an exact date on when customers will start getting the revised prices.

“Since the launch five years ago in IN, Prime has continued to increase the value it offers members. Prime provides an unparalleled combination of shopping, savings and entertainment benefits to make life more convenient and entertaining every single day, and we continue to invest in making Prime even more valuable for customers,” the spokesperson said.

Amazon has updated its webpage showing the Prime membership fee. The company has also started informing customers about the update through its online marketplace, as noticed by OnlyTech.

In addition to the regular subscribers, customers who have joined Amazon Prime as a part of their telecom plan will also see an increase in the pricing, the company said on its updated webpage.

On the part of existing Prime members, Amazon said that users could continue their membership for the duration their membership plan was at the current price. “However, after the price change you can choose to renew your membership at the new price,” the company noted.

Amazon Prime will also be revised for subscribers aged between 18–24 in the country who have been given a discounted membership pricing under a Prime Youth offer since May. The subscription in this case will be available at an effective price of Rs. 749 a year, up from the existing Rs. 499. The monthly and quarterly Prime membership charges for young customers will also be increased to effectively Rs. 89 and Rs. 229 from Rs. 64 and Rs. 164, respectively.

Amazon launched its Prime membership in India back in 2016. It debuted at an introductory price of Rs. 499, though Amazon revised the annual pricing to Rs. 999 in 2017. The company also in 2018 brought its Prime monthly subscription to attract more customers.

The latest revision has surfaced in the midst of the festive season. Earlier this month, Amazon kicked off its Great Indian Festival sale as a month-long event to provide deals, discounts, and offers on various products. Amazon rival Flipkart is also continuously hosting distinct online sales to generate high revenues during this festive season in the country.

Editor's note: Amazon reached out with revised pricing for the Prime Young subscription plans, and the article has been updated to reflect the change.