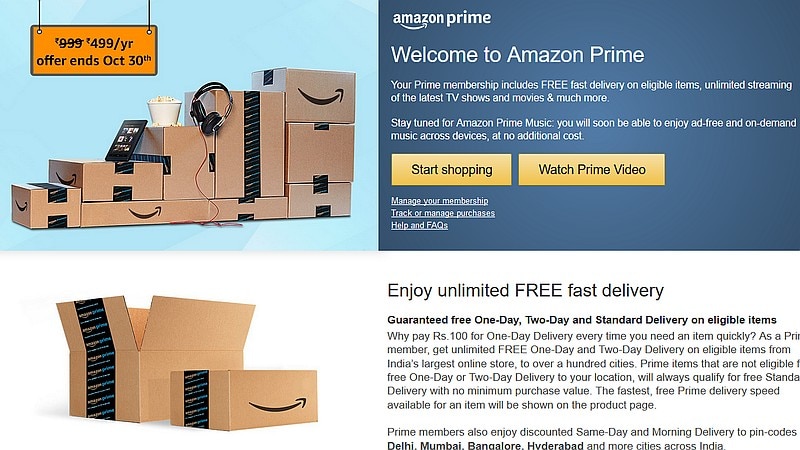 To recall, Amazon India had earlier this month revealed it would soon be removing the introductory offer, and it appears that time has come. For users who have yet to subscribe to Amazon Prime, doing so before Monday would be wise, if they want to save Rs. 500.

In an emailed statement, Amazon described the benefits of its Prime subscription in the country, "In India, Prime members enjoy unlimited free 1 day and 2 day delivery over 11 million products online, free standard delivery without minimum purchase, exclusive deals on bestselling products and instant access to Amazon Prime Video with the latest movies and TV shows. Amazon Family, offers members who are young parents a 15 percent off on diaper subscription all year-round and soon adding to this bouquet of many benefits, Prime members will have instant access to a strong catalogue of songs across International and national selection with Amazon Prime Music."

Amazon has been taking India very seriously, and not just in its fight with the current leading online marketplace in India - Flipkart. The Seattle-based company is also focusing on the hardware segment with its Kindle ebook readers, and recently brought its nearly complete popular Echo speaker range to the country, alongside introducing Amazon Prime Music in preview. It's been making deals on the video streaming front, including signing exclusive deals for Amazon Prime Video. The Amazon Prime Video service is currently bundled with the Amazon Prime subscription in India.