Prime Day is estimated to bring in $5.8 billion in sales this year for Amazon globally, compared to $3.9 billion last year. 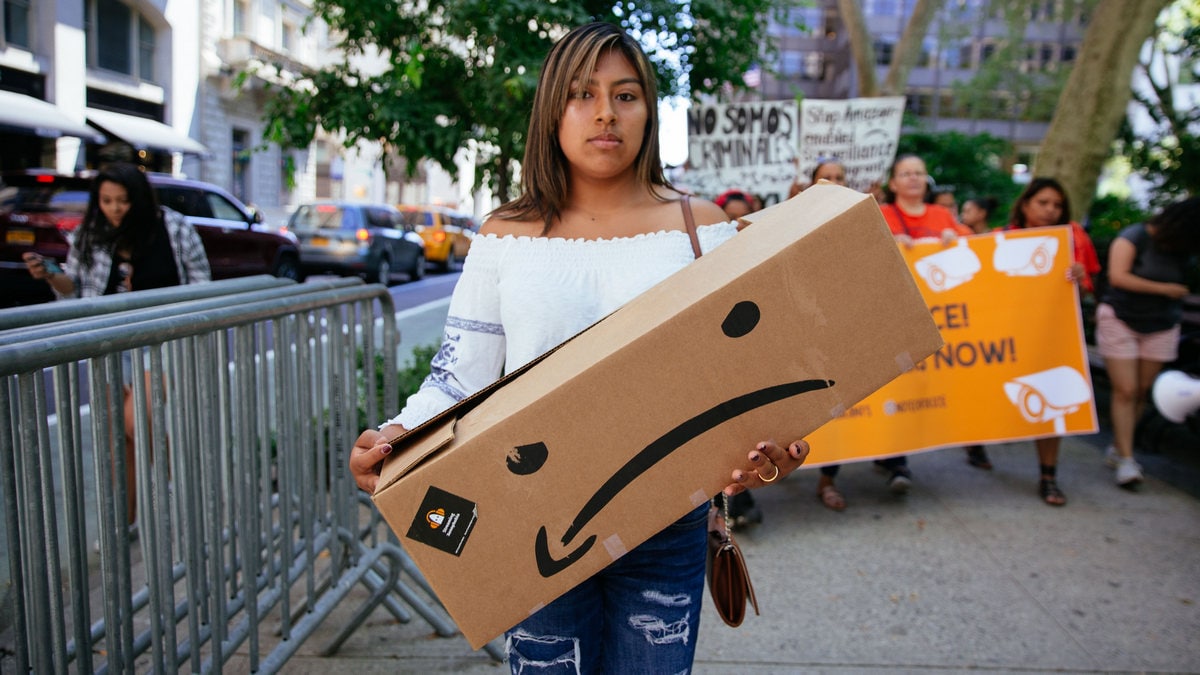 Amazon.com's Prime Day is now a major marketing opportunity and shopping event in the annual calendar for other US retail companies, rivalling the Thanksgiving holiday's Black Friday as a driver of sales.

Walmart, Target, and eBay all run their own special promotions to coincide with the annual sale, which this year Amazon has stretched to two days.

Target announced deal days which will run on the same days as Prime Day - July 15 and 16. Walmart offered promotions from July 14th-17th, while eBay announced a July 15 "crash sale."

"As the awareness of this shopping moment continues to build, we see this as a great opportunity to showcase our competitive advantage on price and inventory," an eBay spokesperson said.

Amazon's break-neck pace of growth, which has seen increasing numbers of shoppers ordering online instead of going to brick-and-mortar stores, is pushing other retailers to respond as they seek to remain competitive.

"There is this enormous halo effect to Prime Day," said Jaysen Gillespie, head of analytics and data science at ads firm Criteo, adding that non-Amazon retailers should experience large increases both in traffic to their websites and in sales.

"The rest of the industry is taking advantage of the free marketing that Jeff Bezos is providing, and they should really send him a thank you card saying, 'Hey, thanks for the awareness marketing - we'll take care of the conversion and close the deal now on our websites.'"

Customers have to join Amazon Prime to get discounts during the 48-hour event. US members of the club pay $119 per year for benefits including one-day shipping, and they tend to buy more goods, more often from the Seattle-based retailer.

The mid-summer shopping event is estimated to bring in $5.8 billion in sales this year for Amazon globally, compared to $3.9 billion last year, according to Coresight Research. Amazon does not disclose figures for revenue generated during Prime Day shopping events.

Other top-selling products around the world were table salt in India, Coke Zero and Kleenex tissues in Singapore and electric toothbrushes in China.

Pop star Lady Gaga announced a line of beauty products exclusively for sale on Amazon last week, which is available for pre-order during the promotional event.

"That's telling you that consumers are definitely in the buying mode but are not 100 percent loyal to Amazon," he said.

To coincide with Prime Day, more than 2,000 workers at seven Amazon sites across Germany went on strike over pay and conditions for logistics workers for at least two days, labour union Verdi said on Monday.

Other protests have been planned across Europe and the United States, including at an Amazon warehouse in Shakopee in Minneapolis, where workers have scheduled a work stoppage and are demanding improved work conditions.

Employees are also calling on the company to do more to combat climate change and cut alleged business dealings with the United States Immigration and Customs Enforcement (ICE).

"Events like Prime Day have become an opportunity for our critics, including unions, to raise awareness for their cause, in this case, increased membership dues," an Amazon spokesperson said in a statement on Monday.

"These groups are conjuring misinformation to work in their favour, when in fact we already offer the things they purport to be their cause — industry leading pay of $15 per hour, benefits, and a safe workplace for our employees."

Democratic presidential candidates and US Senators Bernie Sanders and Elizabeth Warren on Twitter threw their support behind the striking workers.

Shares of Amazon edged up 0.4% on Nasdaq shortly before the close of trading.