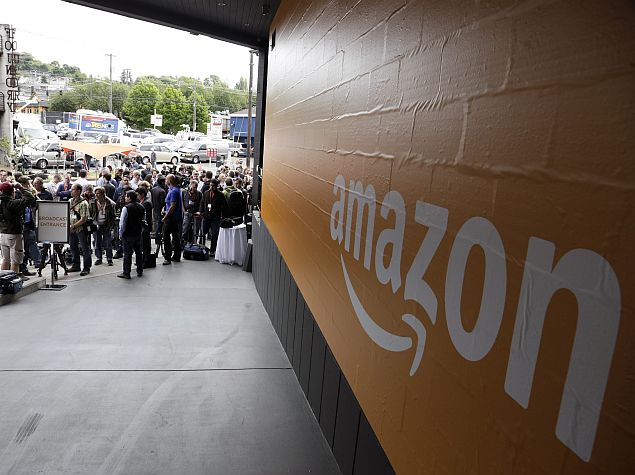 Amazon said Thursday its loss in the last quarter widened to $437 million after a series of product launches including new phones, tablets and television programs.

The online retail giant, which is known for prioritizing investment over profits, nonetheless produced a disappointing quarterly report which sent its stock price tumbling.

The loss in the third quarter was worse than anticipated, and far worse than the $41 million deficit in the same period a year earlier.

Net sales increased 20 percent from a year ago to $20.58 billion in the quarter.

"As we get ready for this upcoming holiday season, we are focused on making the customer experience easier and more stress-free than ever," said a statement from Amazon chief executive Jeff Bezos, avoiding any direct comments on the financial results.

The plunge suggests investors are impatient with Amazon, which has been expanding its products and services with little margin, failing to deliver profits.

Amazon shares "took it on the chin as it appears as though Jeff Bezos wants to continue running a quasi non-profit rather than a business that makes money off of its millions of customers," said Jon Ogg at the finance blog 24/7 Wall Street.

Ogg added that Bezos, in his statement, "has hardly done anything, well he did nothing, to address that this is a serious disappointment."

Amazon in June announced the launch of its "Fire" smartphone, upgraded its line of Kindle tablet computers and introduced a streaming media player.

The company bolstered its online content with new original programs and ordered a second season of its dark comedy "Transparent," a move that boosts its challenge to video rivals such as Netflix.

The Seattle-based company bolstered its online gaming presence with a $970-million acquisition of the game platform Twitch, and expanded its "Amazon Fresh" grocery delivery service.

While some Amazon products and services have been popular, its smartphone market share has been "effectively zero," according to the Consumer Intelligence Research Partners consultancy.

Amazon has not provided details on its sales of phones or tablets.

Amazon's outlook for the fourth quarter was also weaker than expected, with a forecast of net sales between $27.3 billion and $30.3 billion. For operating results, its range called for anywhere from a profit of $430 million to a loss of $570 million.