People who claim to be working with Amazon have been speaking about the company's alleged "Hire-to-Fire" policy on public forums. 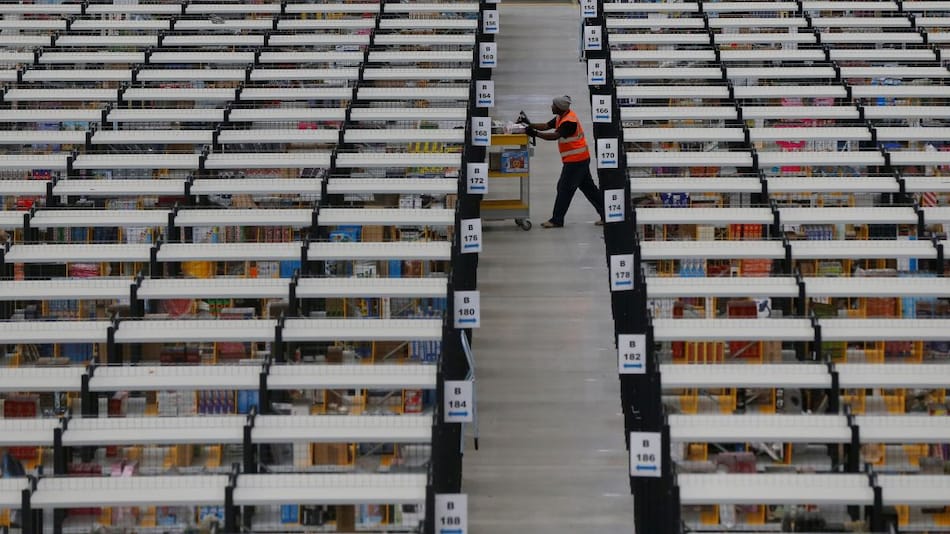 Amazon says it does not use the phrase "hire-to-fire".

Amazon has been accused of hiring employees only to let them go within a year. According to a  recent report, several managers working with the e-commerce giant have said that they have to do this to meet their internal turnover goals. The controversial practice is reportedly called “hire-to-fire" internally. Three managers at Amazon have reportedly said that they faced so much pressure to meet the annual goal, known as unregretted attrition (URA), that they simply hired employees to fire them so that they could protect the rest of the team.

The existence of the practice in some units of the company, as outlined in the report by Business Insider, has the potential of fuelling controversial norms and practices. As per internal documents that the publication said it had obtained, even the most senior Amazon executives, including incoming CEO Andy Jassy, closely track their URA goals. The publication quoted the example of the Amazon Web Services teams that fell short of URA goals in 2020 and were required to make up the difference in 2021, as per a company memo it accessed. However, in a statement to the publication, Amazon's spokesperson denied the company hires employees with the intention of firing them. The spokesperson also said Amazon does not use the phrase “hire-to-fire”.

Since the report was published, Amazon employees have started speaking about the practice on online forums. On Y Combinator's Hacker News forum, a person with the username “throwawaySlu”, who claimed to be working as a principal software development engineer at Amazon, said the company's weakest link was its managers. Competent software development managers (SDMs) are “far and few”, the person added, explaining in detail how many SDMs lacked technical depth and how capable engineers “are thrown under the bus” because of incompetent managers.

Another user, vanusa, thanked the person who spoke about the issues at Amazon and said, “Thanks, seriously, for sharing. Just hope you don't get, uh, ‘found out' by the wrong SDM".

A third user, tamzn, said, “I'm an SDM and I do agree that there is a lot of scope for messing up people's careers at this level, whether through incompetence or malice".

A fourth user called etempleton said that these kinds of issues lead to “hostile and manipulative work environments”, and added that “it may get short-term results, but in the long-term it creates horrible company cultures”.

Even on Reddit there was a discussion on the topic, “Some Amazon managers say they ‘hire to fire' people just to meet the internal turnover goal every year.”

A user, kabdib, said that a similar thing happened at “Microsoft during the Ballmer (former CEO) reign as well, where a team would hire ‘ten percenters' and then fire them to protect the ‘real' team”.

Another user, luv2fit, said that this culture stems from the belief that “you should continually trim the bottom 10 per cent of your force every year and bring in new talent”. The user went on to add that though this works well for a couple of years “after that you start cutting valuable subject matter experts”.

Talking about a manager at a tech company teaching “the ropes of putting a team together”, AwareParking said, “My manager casually told me the last spot was for the person we were going to hire then fire".