Amazon Has 'Destroyed' Retail and Should Be Scrutinised, US Treasury Secretary Says

Amazon said the company's retail revenue make up less than 4 percent of US retail sales. 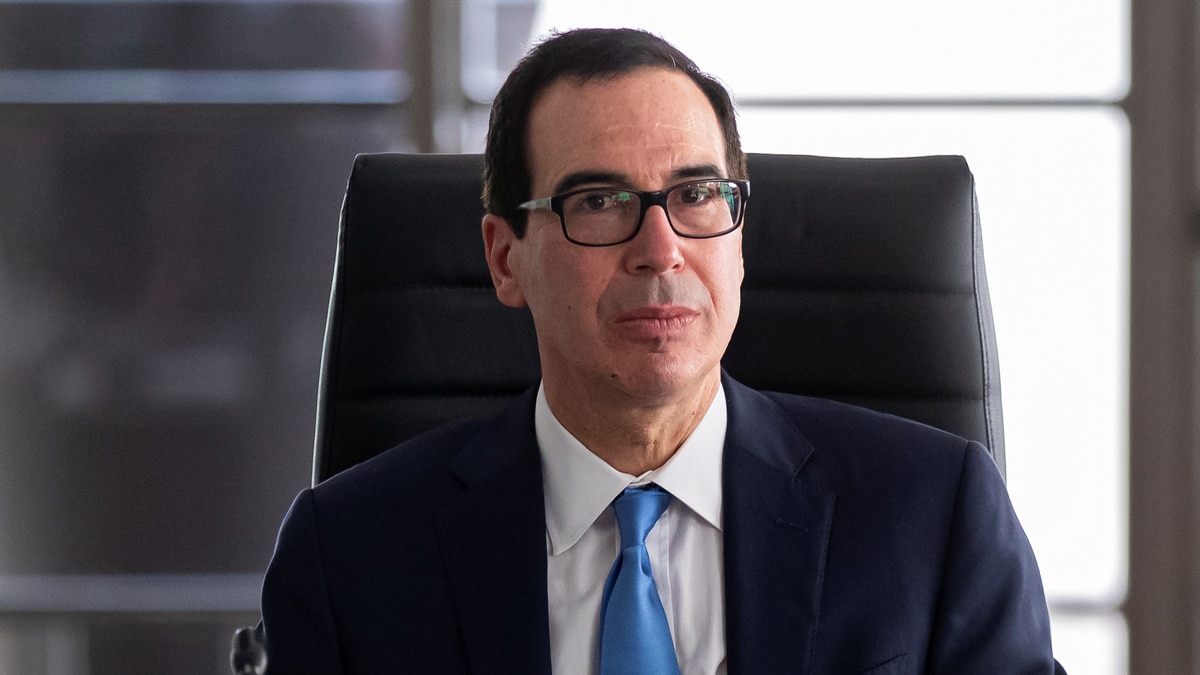 Treasury Secretary Steven Mnuchin said Wednesday that he supported the Justice Department's efforts to look into Amazon because the tech giant has "destroyed the retail industry."

"I think if you look at Amazon, although there are certain benefits to it, they've destroyed the retail industry across the United States, so there's no question they've limited competition," Mnuchin said during an interview on CNBC. "There's areas where they've really hurt small businesses." (Jeff Bezos, the founder and chief executive of Amazon, owns The Washington Post.)

Mnuchin made the comments one day after the Justice Department announced it was opening a wide-ranging antitrust review of "market-leading online platforms," an unprecedented inquiry that could heighten calls for Amazon, Facebook, and Google to be broken up.

Amazon spokeswoman Jodi Seth said the company's retail revenue make up less than 4 percent of US retail sales, and less than 1 percent globally.

"Small and medium-sized businesses are thriving with Amazon," she said in an email. "Today, independent sellers make up more than 58 percent of physical gross merchandise sales on Amazon, and their sales have grown twice as fast as our own, totalling $160 billion in 2018."

The company added that "the vast majority of retail sales - 90 percent - still occur in brick-and-mortar stores according to the US Census Bureau."

Mnuchin is one of several former board members being sued by Sears Holding for allegedly stripping the retailer of billions of dollars as it spiraled into bankruptcy. Sears, the more than a century-old American icon, filed for bankruptcy last year after years of mounting losses during private equity ownership.

Mnuchin's role on the boards of Sears and the hedge fund ESL Investments have come under political scrutiny in recent months. Earlier this year, Sen. Elizabeth Warren, D-Mass., and Rep. Alexandria Ocasio-Cortez, D-N.Y., said they were "deeply concerned by the financial engineering" that occurred while Mnuchin served on the retailer's board. The members of Congress have called on Mnuchin to offer more details about his role in the company and its pension plans. Representatives for the Treasury Department did not respond to requests for comment.

On Wednesday, Mnuchin told CNBC anchor Andrew Ross Sorkin that he was eager to hear the attorney general's recommendations for Amazon. When asked if Amazon's market dominance could be likened to Walmart's a decade ago, Mnuchin said the cases were different.

"In a way it's the same and in a way it's different," he added. "People had those concerns about Walmart. As you see, Walmart developed a business where small businesses could continue to compete with them. And look, Walmart ceded a lot of the retail business to Amazon."