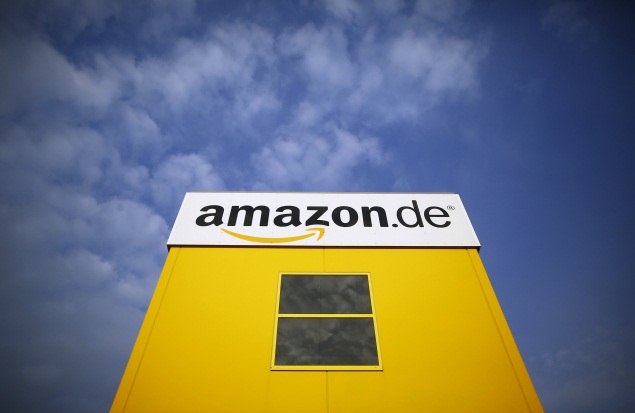 Amazon.com Inc has no intention of bowing to pressure from striking workers in Germany, its second biggest market behind the United States, and is more worried about bad weather hurting Christmas deliveries, its country head said.

"We are talking about a minority who take part in actions brought on by the union," Ralf Kleber told Reuters in an interview.

"Amazon is a fair employer. Many of our workers have been with us for more than 14 years. The majority of workers would say it is a good, well-paid job."

Trade union Verdi has staged a series of strikes this year in a dispute over pay and conditions at distribution centres in Leipzig and Bad Hersfeld and on Monday about 1,000 employees walked out, almost a fifth of the regular workforce there.

"Snowfall in Germany is the bigger problem in the Christmas business ... that is what gives me worry lines," Kleber said, adding that the strikes had not affected deliveries so far.

E-commerce sales in Germany are seen growing 12 percent for the full year to 33.1 billion euros, expanding an even faster 15 percent in the Christmas period, when the sector should make 8.5 billion euros in sales.

Amazon employs 9,000 warehouse staff in Germany plus 14,000 seasonal workers and sales there grew almost 21 percent in 2012 to $8.7 billion, representing a third of its overseas total.

The union, which plans more strikes before Christmas, wants Amazon to accept a collective agreement on pay and conditions similar to deals it has in the mail order and retail industry and accepted by Amazon's biggest German rival, the Otto Group.

Michael Otto, chairman of the firm which has transformed itself from a mail order firm into Europe's second biggest online retailer, said last week unnamed competitors were tarnishing the image of e-commerce with poor working conditions.

"These black sheep are trying to get to the feeding trough and are creating short-term advantages for themselves with their social dumping," he told a retail congress in Berlin. "We need a consensus that minimum standards must be maintained."

Amazon says it pays staff in its nine German distribution centres well according to the standards of the logistics industry, and does not think the terms of the mail order and retail sector are justified for its largely unskilled staff.

"We are a logistics company. Trucks arrive, are unloaded. Goods are sorted, packed and loaded into trucks again," Kleber said, adding Amazon hired staff with no qualifications and many who had previously been unemployed for a long time.

A BBC documentary this week alleged that tough working conditions could threaten the health of Amazon logistics employees after an undercover reporter secretly filmed inside a British warehouse where he walked 11 miles (17.7 km) in the course of night shift lasting 10-1/2 hours.

Kleber agreed that logistics was a demanding job, but rejected suggestions that Amazon drives staff too hard.

Amazon has announced recently it would build three new logistics centres in Poland and two in the Czech Republic, prompting speculation that it could seek to shift work across the border from strike-hit centres in Germany.

But Kleber said Amazon expected to keep expanding in Germany, including eventually delivering fresh groceries too, without giving a timetable. Its newest distribution centre outside Berlin held its formal opening on Thursday.

"We have bonuses for the whole team rather than for the individual so nobody has an incentive to rush," said Karsten Mueller, head of the new Brieselang centre, whose 1,000 staff will shift about 110,000 parcels on a busy day.

Sorting goods in six halls spread across the area of 10 football pitches, staff work 9-1/2 hour shifts in the peak period before Christmas, including a 45-minute break, with order pickers walking an average of 8-10 km a shift.

In addition to strikes, Amazon has faced criticism in Germany for a low tax bill and from the antitrust watchdog, which forced it to stop demanding third-party merchants offer their cheapest price when selling products on its platform.