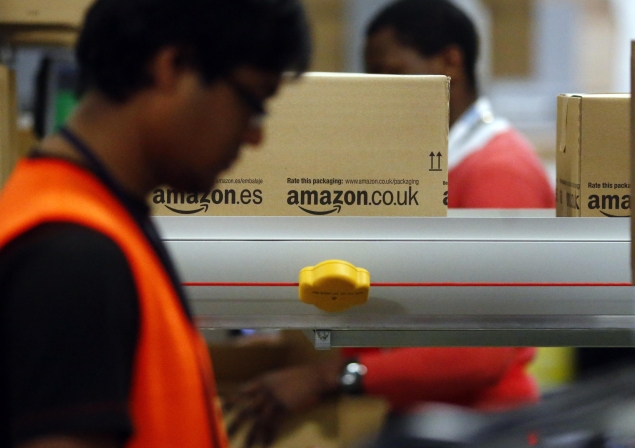 ChannelAdvisor reported that client sales on Amazon.com grew 29.8 percent in December, compared with the same month last year. That year-over-year growth rate was down from November's rate of 43.7 percent.

ChannelAdvisor helps merchants sell more on websites such as Amazon.com, eBay.com and Google Inc's shopping site. Investors watch the firm's data closely because it provides an early window into the performance of the leading U.S. e-commerce companies.

The December results suggest a slowdown from Thanksgiving and the days following, which include crucial holiday shopping days known as Black Friday and Cyber Monday.

The holiday shopping seasons online got off to a strong start, but weakened after that. Online spending grew 14 percent for the whole season, compared with an estimate of 16 percent before the season began, according to comScore Inc.

ComScore blamed the sluggishness on weaker consumer confidence declines fueled by prolonged fiscal cliff negotiations by U.S. politicians to avoid tax hikes and spending cuts that many feared would cause a recession.