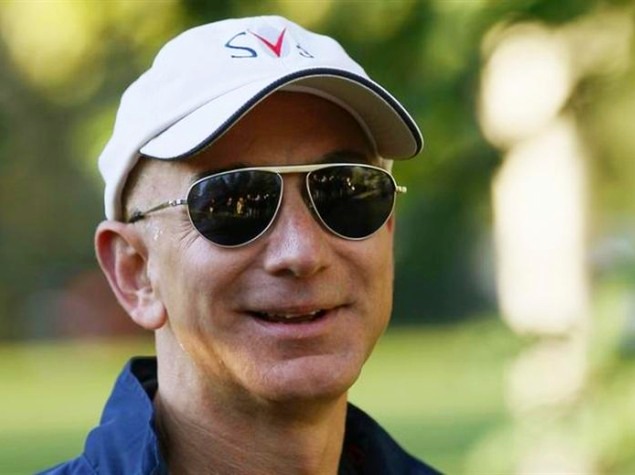 Amazon founder Jeff Bezos's wife MacKenzie on Monday used the online retail giant's own website to criticize a new high-profile book about her husband as a "lopsided and misleading portrait of the people and culture at Amazon."

In an online review posted on Amazon's page for the new book "The Everything Store," which is about Bezos and the online retailer, MacKenzie Bezos criticizes the account by author Brad Stone as having "way too many inaccuracies."

An Amazon spokesman confirmed the authenticity of the online review. In a statement, a spokesman also accused Stone of not doing a thorough job of fact-checking the book and said he only let the company review specific quotes.

"He had every opportunity to thoroughly fact-check and bring a more balanced viewpoint to his narrative, but he was very secretive about the book and simply chose not to," Amazon spokesman Craig Berman said in an e-mailed statement.

Stone said in an interview that Bezos did not cooperate with him on fact-checking. He said he stands by his book and spoke to hundreds of people about the events described in the book, and also fact-checked with employees, partners and rivals of Bezos.

"They made it clear that Jeff (Bezos) wasn't going to participate in the fact-checking. So when it came to the moments in the story that only he would have had knowledge of, there was nothing I could do," Stone said.

He added that the company did not make MacKenzie Bezos available for interviews. Stone, who works at Bloomberg, said he has been covering technology for 20 years. The book, which came out on October 15, has garnered positive reviews. The New York Times called it "an engrossing chronicle."

Stone said that Amazon has not threatened any legal action.

Reagan Arthur, publisher of Little, Brown, which released the book, said in an e-mail that Stone "scrupulously sourced and reported his book about Jeff Bezos and Amazon over the course of 300 interviews and two years of research."

The book has been "reviewed widely and praised for its evenhandedness," she added.

MacKenzie, who met Bezos in 1992 when she worked at hedge fund D.E. Shaw, said she had firsthand knowledge of many of the events in the book and has been married to Bezos for 20 years. She also said the book stretches the boundaries of non-fiction and uses narrative tricks to misrepresent the culture of Amazon.

Stone said he was making minor changes to his book based on the MacKenzie Bezos review, including changing the date when Bezos read the novel "Remains of the Day" by Kazuo Ishiguro.

Stone called these changes small tweaks and added that "in an account of this size, some mistakes were inevitable."