Jeff Bezos Says Amazon Is the Best Place in the World to Fail, Asserts 21st Century Will Be India's

“In this 21st century, the most important alliance is going to be the alliance between India and the United States,” said Bezos. 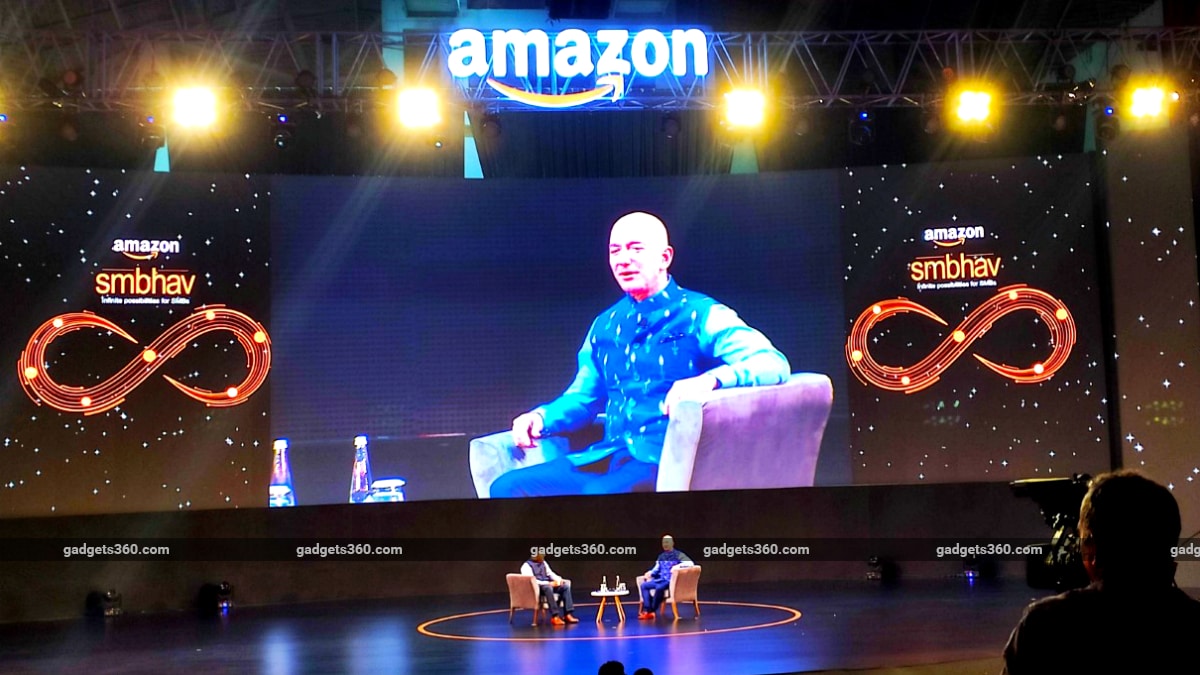 CEO Jeff Bezos is bullish on Amazon’s growth in India

Amazon CEO Jeff Bezos defined what he thinks about failures while addressing the jam-packed chat session at Jawaharlal Nehru Stadium in New Delhi on Wednesday. The 56-year-old billionaire is currently in India, in his first visit since 2014. During his session, Bezos grabbed the attention of media persons and entrepreneurs by announcing the plans to invest fresh $1 billion (roughly Rs. 7,089 crores) in India with an aim to help digitise small and medium businesses (SMBs) in the country.

“Amazon is the best place in the world to fail,” Bezos said during his chat session with Amazon India country head Amit Agarwal at SMB-focussed Amazon Sambhav in New Delhi. “And the reason for that is we have a lot of practice.”

The executive highlighted two types of failures that exist in the entrepreneur world. One of those he believes is the failures that occur through experiments.

“There are experiments,” the executive said. “When you're trying to figure out something new, maybe that nobody in the world has ever done before. That is high-quality failure because when you're experimenting, you don't know if it's going to work… You have to organise to be able to experiment and you have to have a culture that supports failure.”

“Amit and I together -- we've been working together for two decades -- Amit and I have failed together so many times. And that is just another way of learning.” he highlighted, clarifying how he considers Amazon as the best place to fail.

Defining the second major type of failure, Bezos pointed out that operational excellence failures exist that should be tried to be avoided.

“Nobody likes to fail,” he underlined. “By the way, failure, even when you know it's important and good, it's embarrassing. It doesn't feel good. We're all human. We had a good idea. We thought it was a good idea, and nobody came to the party. That happens. And here's the great thing, though. One success, one winner can pay for dozens and dozens of failures.”

'India has something special'
Alongside defining his view on failures, Bezos during his session emphasised Amazon's ambitious plans to grow in India. The Internet entrepreneur announced the $1 billion investment that would ultimately help the US e-commerce giant make the competition tougher for arch-rival, Walmart-backed Flipkart.

“The dynamism, the energy... the growth. This country has something special and it's a democracy,” said Bezos emphatically.

Amazon is aiming to digitise 10 million medium and small enterprises (MSMEs) in India through its latest investment and is set to start using its global presence to export India-manufactured goods globally.

Amazon is facing sharp criticism for allegedly promoting some “preferred sellers” and for allegedly violating competition law in India. Various small retailers have also planned a countrywide protest against the e-commerce giant -- just aligning with Bezos' visit to the country. Moreover, the Competition Commission of India (CCI) earlier this week ordered an investigation of Amazon and Flipkart over alleged violations of competition law.