Amazon is under pressure to make good on one- and two-day deliveries promised to customers who subscribe to its $119 annual Prime service. 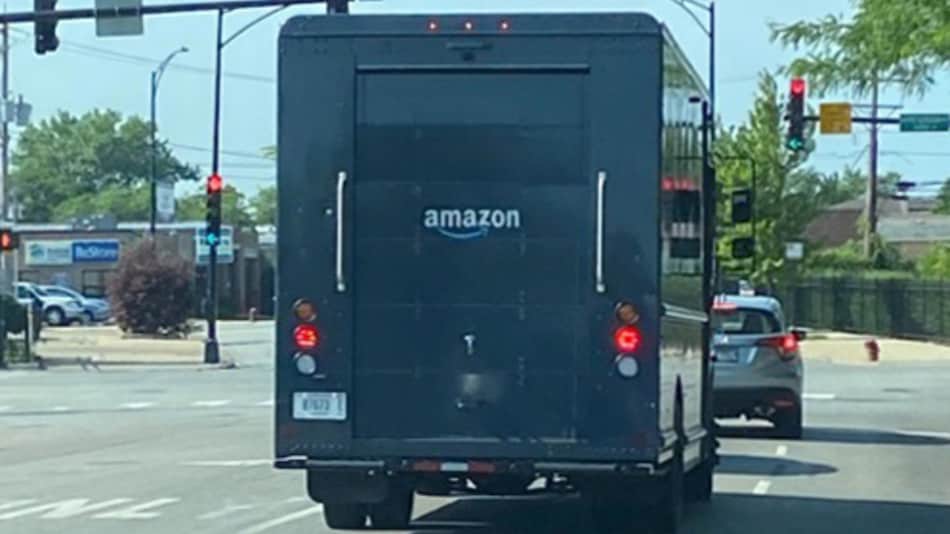 One of the new Amazon trucks was seen recently operating in Chicago, according to a Reuters reporter

Amazon.com is launching a new fleet of bigger, boxier trucks like those favoured by rival package carriers United Parcel Service (UPS) and FedEx, as it fights to fix widespread pandemic-fuelled delivery delays that sent customers into the arms of competitors like Walmart.

The world's largest online retailer ordered more than 2,200 heavy-duty Utilimaster "walk-in" delivery trucks from Shyft Group, a Michigan-based specialty vehicle company, an Amazon spokeswoman told Reuters. The company declined to say how many of the vehicles have been sent to Amazon delivery contractors, or where they would be deployed.

Amazon is under pressure to make good on one- and two-day deliveries promised to customers who subscribe to its $119 annual Prime service. Orders for food, computers, toys and exercise equipment surged after states issued stay-at-home orders to battle the pandemic, overwhelming Amazon's network and adding days and even weeks to delivery times.

Drivers assigned to the new trucks showed Reuters training materials from Wisconsin-based safety and compliance consultancy J.J. Keller & Associates, which confirmed that Amazon is a client. The Shyft Group did not respond to requests for comment.

One of the new Amazon trucks was seen recently operating in Chicago, according to a Reuters reporter. Training is under way in the Los Angeles area, drivers said.

While Amazon purchased the vehicles last year, the branded trucks have been parked for months in locations around the United States, including in Amazon lots in New Jersey and California dairy country. The company declined to state why it waited so long to roll out the new fleet.

Drivers familiar with the new vehicles said they can carry more and bigger packages than the Mercedes-Benz, Fiat Chrysler, and Ford Motor vans Amazon contractors dispatch around the country.

Two drivers, who declined to be named for fear of retaliation, opted not to switch to the new vehicles because they are heavier and more difficult to manoeuver than Amazon vans.

Amazon came under fire last year after ProPublica, BuzzFeed, and other news outlets reported on Amazon's training practices and van accidents that resulted in injuries and deaths. Amazon said in an email Friday that van drivers must undergo training that includes two days of classroom instruction and two days of ride-alongs with experienced drivers.

Amazon suspended its upstart Amazon Shipping programme for non-Amazon packages in June to prioritise deliveries to its own customers.

Amazon declined to say whether the new fleet would be used to restart that service, which competes directly with UPS and FedEx.

OnePlus Nord AR Launch Invites Go on Sale in India at Rs. 99 Ahead of Its July 21 Launch
Realme 6i Launch in India Tipped to Be July 14 by Flipkart Listing: Report