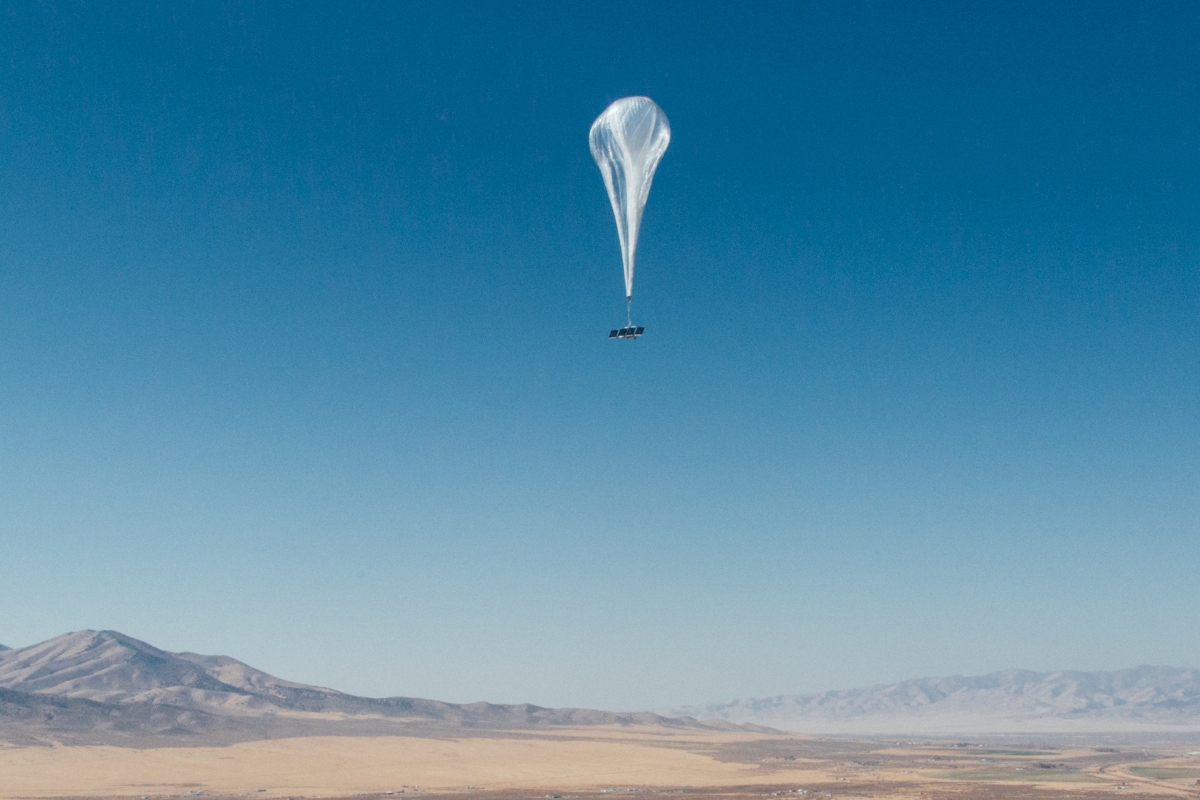 One of the biggest challenges in the wake of any disaster is restoring communication networks. When Hurricane Harvey flooded Houston in 2017, the Cajun Navy relied on apps like Zello to coordinate large-scale rescue efforts. Others have relied on Twitter and mobile charging stations to maintain communication when power disappears or first responders are overwhelmed.

On Sunday, when a magnitude 8.0 earthquake struck remote parts of Peru's Amazon region, Loon - an Internet-providing balloon service owned by Alphabet, Google's parent company - dispatched a group of balloons to the impacted area, the company's CEO, Alastair Westgarth said in a statement this week. By Tuesday morning, the company said, the balloons were providing people on the ground with wireless broadband communication.

In his statement, Westgarth said that this isn't the first time the company has intervened after a disaster. In 2017, he noted, Loon responded to flooding in northern Peru and later that year provided service to Puerto Ricans devastated by Hurricane Maria.

More than half the world's population - about 3.9 billion people - were using the Internet by the end of 2018, according to an annual report released by the International Telecommunications Union (ITU). That report found that in developed countries, four out of five people are online, but in developing countries, only 45 percent of individuals use the Internet, leaving "ample room for growth."

Started in 2013, Loon's goal is to create high-altitude, solar-powered balloons that provide WiFi connectivity to remote locations in developing markets. The effort is an ambitious one. The company's balloons take the most essential components of a cell tower - redesigned for lightness and durability - and hoists them more than 12 miles above the earth's surface to the edge of space.

Putting that height and the challenges that accompany it in perspective, in 2014 The Washington Post's Dominic Basulto wrote:

"Most commercial airplanes fly at 30,000 feet (approximately 10 kilometers) above the earth's surface, but these new balloons will fly in the stratosphere, at 20 kilometers above the earth's surface. If you want to really understand how high up the stratosphere is, rewatch the amazing space jump of Felix Baumgartner, who jumped more than 128,000 feet from the edge of outer space in 2012."

Before balloons can provide customers below with service, "ground infrastructure" must be installed and overflight approval secured. When Loon is already active in a country, Westgarth wrote, their response to a natural disaster is measured in days instead of weeks.

"Of course the promise of Loon is to provide service to the billions of people who need it every day, not just when a disaster hits," Westgarth added. "That's why we're working to launch commercial service later this year, including in Africa, that will bring mobile internet access to unserved and underserved communities. "