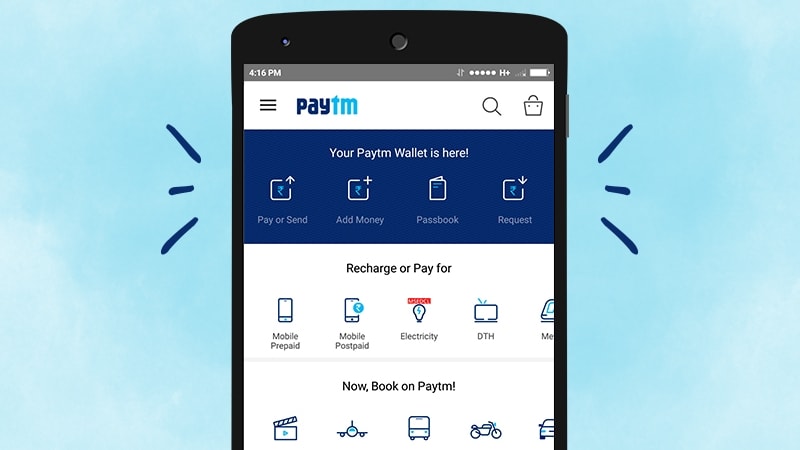 According to a report, Chinese Internet giant Alibaba is about to lead a new funding round for Paytm's e-commerce business, which is apparently raising around $200 million (approximately Rs. 1,343 crore).

Livemint reports that the new funding round will raise the stake of Alibaba and its affiliate Ant Financial to more than 50 percent, at a valuation of around $1 billion (approximately Rs. 6,718 crore). Interestingly, Alibaba is also an investor in Snapdeal, and in 2016, was contemplating entering the country as a standalone entity in India. This investment in Paytm would show that it has chosen a way forward in India.

Alibaba, Alipay, and SAIF are the largest investors in Paytm's parent One97 Communications as well, and the e-commerce entity's shareholding is mirroring that post the business being hived off.

According to the report, Paytm is going to spin off its e-commerce business called PaytmMall (inspired by Alibaba's T-mall) which will become a separate app from the mobile wallet; the latter is of course turning into the Paytm payments bank.

Alibaba has already hired former Bain Consulting executive Bharati Balakrishnan as the head of its Indian operations, and Balakrishnan will reportedly now work closely with the Paytm e-commerce team, which will remain under Sharma.

Alibaba has, until now, avoided any direct involvement in the e-commerce battle between Amazon, Flipkart, and Snapdeal, but with this investment, it is likely to increase the competition in the e-commerce space. Alibaba is the dominant e-commerce player in China, but its scope outside the country is still limited, and if it wants to keep Amazon in check, then competing in India is going to become necessary. Whether that will be through an intermediary like Paytm, or by finally setting up its own standalone presence here remains to be seen.