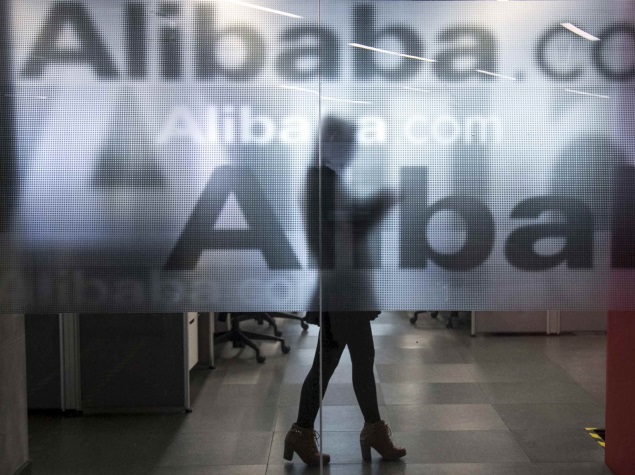 Chinese online giant Alibaba on Monday boosted the price range for what was already expected to be the biggest stock offering on record, to as much as $25.03 billion.

Documents filed with US regulators upped the price range for the stock offering to $66-$68 per share, resulting in proceeds which would break the record for stock flotations, set in 2010 by China's AgBank.

Alibaba would raise between $24.3 billion and $25.03 billion based on the new documents filed with the Securities and Exchange Commission.

The new price range was lifted from $60-$66, filed earlier this month, and comes amid intense interest in the fast-growing Chinese online retail group.

Alibaba would have a market value of $163-$168 billion based on the new price range.

The final price could come later this week and the stock could trade as early as Friday, according to some reports.

The initial public offering (IPO) allows investors to get a piece of the huge Chinese market, but it also will fuel Alibaba's expansion plans.

The company earlier this year announced plans for a US marketplace called 11 Main, which is currently in a test phase.

Alibaba's consumer services are similar to a mix of those offered by US Internet titans eBay, PayPal and Amazon.com, and it also operates services for wholesalers.

Alibaba Group made a profit of nearly $2 billion on revenue of $2.5 billion in the quarter ending June 30, according to its latest filing. Revenue rose 46 percent from the same period a year earlier.

The Chinese firm will trade on the New York Stock Exchange under the symbol "BABA."

Hong Kong snubbed?
Alibaba decided to list in New York because it wanted an alternative class share structure to give selected minority shareholders extra control over the board; the Hong Kong bourse declined to change its rules to allow this.

Alibaba founder Jack Ma struck a conciliatory note in comments this week over its failure to list in Hong Kong.

"Some people have said that Hong Kong lost the opportunity to have Alibaba. I personally feel that Alibaba missed out on Hong Kong," Ma told reporters at an investor "roadshow" in the Hong Kong.

Ma said this missed opportunity could be due to misunderstanding between the two sides.

"I believe, I understand and I especially support the fact that Hong Kong should not change its principle for one company or one enterprise," he said.

"But Hong Kong must... change for its own future because this world is in the midst of change."

The IPO is also a major event for US-based Yahoo, which bought a 40 percent stake in the Chinese online giant in 2005 for $1 billion, and still holds 22.4 percent of Alibaba. The California company is expected to walk away with $7 billion to $9 billion by paring that stake down to 16.3 percent.

Yahoo said in July the majority of the proceeds of the sale of Yahoo's stake would be returned to shareholders.

The remainder could help fuel acquisitions to help Yahoo rev up its sagging revenue base, after a four percent year-on-year drop in the latest quarter.