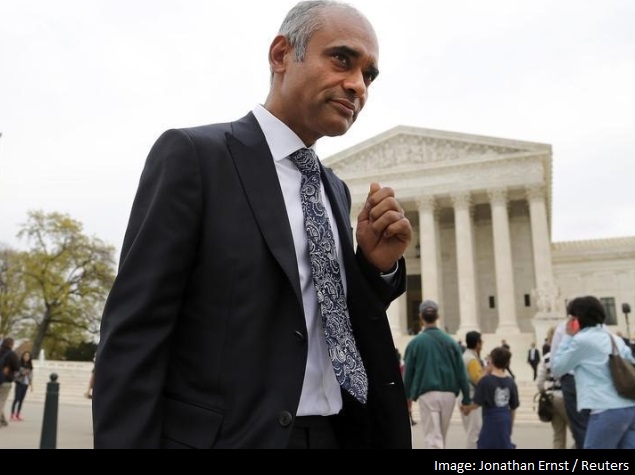 Mark Ely saw an opportunity, and he took it.

The day after the Supreme Court ruled against Aereo in a copyright case brought by the nation's major broadcasters, Ely was trying to scoop up Aereo customers by promoting his startup, Simple.TV, on social media. "Former Aereo customer? Join the Simple.TV Family," the company wrote on Twitter on Thursday.

"We're telling Aereo customers: 'Your favorite service is going away. Here's an idea that isn't,'" Ely, who started his company in 2011, said in an interview.

The television establishment still has much to worry about after its Supreme Court victory Wednesday over Aereo, the digital startup that had threatened to upend the economics of the media business.

"Television is a castle filled with money," said Rishad Tobaccowala, chief strategy and innovation officer at Vivaki, the Publicis Groupe's digital marketing unit. "People are trying to get into that castle and take some money."

But while the court's decision broadens the moat, traditional broadcasters still must find ways to defend themselves against an array of companies like Ely's that want to give viewers an alternative to their model.

Eager for a piece of the $167 billion American television market, dozens of companies are offering options for the growing number of viewers known as cord cutters, who are canceling their traditional pay-television subscriptions. The providers range from Hulu, which the broadcasters own, to bigger services like Amazon, Google and Netflix, all of which offer cheaper streaming alternatives.

Other companies, including Roku, Sling Media, TiVo, Simple.TV and Mohu, sell hardware that allows viewers to stream television to digital devices or watch Web video on television sets. And Aereo may yet stick around; the company said Saturday that it would pause its service temporarily as it sorted out its options but that its journey was "far from done."

Aereo and its two-year legal battle with broadcasters overshadowed the efforts of several other startups that offer ways to watch free over-the-air television on cellphones, tablets, laptops and Internet-connected televisions.

Those companies paid tribute to Aereo, saying it helped advance the notion that there are ways to watch TV without paying expensive cable bills. But they are now trying to grab the spotlight after the Supreme Court ruled that Aereo had violated copyright laws by capturing broadcast signals on tiny antennas stored in warehouses and transmitting them to paying subscribers.

Ely started Simple.TV, based in Tiburon, California, months before Aereo made its debut in 2012. A former president of Sonic Solutions, a computer software firm, Ely noticed how a growing number of people were watching television shows and movies over the Internet but did not have access to live television programming like news and sports. His idea was to sell consumers a "private TV server" that plugged into an antenna, a hard drive and a router.

With Aereo, subscribers paid $8 to $12 a month to rent dime-size antennas stored in a warehouse. Users could then stream near-live television and record programs from major broadcasters.

With Simple.TV, people buy their own antenna and the $199 Simple.TV box. Users can record programs on a hard drive that they connect to the device. The company also sells a premium service that provides features like automatic recording and remote access from almost anywhere in the world.

Mohu, a startup based in Raleigh, North Carolina, also hopes to grow after the Supreme Court's ruling. The company, which sells over-the-air antennas and offers a streaming service, began as a military contractor developing high-performance antennas for the Army and Navy. Since its founding in 2011, it has sold 1.5 million high-definition television antennas to consumers.

"Aereo made people aware that they can get high-definition broadcast television for free without paying for cable," said Mark Buff, Mohu's founder and chief executive.

The main difference between these companies - which have not drawn the ire of broadcasters - and Aereo is that their customers own the antennas and capture signals in their homes, as opposed to remotely. Ely and Buff say they believe that will satisfy the requirement under copyright law that the transmissions be private performances, a position that Aereo argued unsuccessfully before the Supreme Court. "Where you capture the signal makes all the difference," Ely said. "This fits squarely in fair use."

Simple.TV, which has 30 employees and counts tens of thousands of customers, has raised $5 million in financing and is now working on a new round of funding.

Some venture capitalists said they would continue to invest in streaming-television startups despite Aereo's loss in court.

"If cable companies believe that their old ways of doing business are protected by the Aereo Supreme Court decision, they are clearly misguided," said Dan Nova, a partner at Highland Capital Partners, one of Aereo's backers. "Consumers are rejecting cable companies and traditional consumption models. The horse is out of the barn."

At the same time, the total number of households in the United States that use the Internet or other streaming services instead of traditional TV to watch television shows or movies has climbed to 7.6 million, up about 30 percent from 5.8 million in 2013, according to SNL Kagan.

Recognizing the threat, cable and satellite companies are introducing options to lure new customers and keep those who might be tempted to cancel their subscriptions. Comcast, the largest cable provider in the United States by subscribers, is offering cloud-based television-streaming technologies; an Internet Plus bundle that includes broadband, basic cable and HBO; and special packages for college students.

Broadcasters, too, are trying to profit by offering to sell their programming to streaming companies that are willing to pay for it. During a phone interview after the Supreme Court ruling, Leslie Moonves, the chief executive of CBS, said his network did not oppose the new technology.

"We are not against people moving forward and offering our content online and all sorts of places, as long as it is appropriately licensed," he said. "Innovation is still alive and well and thriving."

Former Union IT Minister Calls for Firewalling Strategic Establishments
BlackBerry Z3 Review: Sticking to What It Does Best