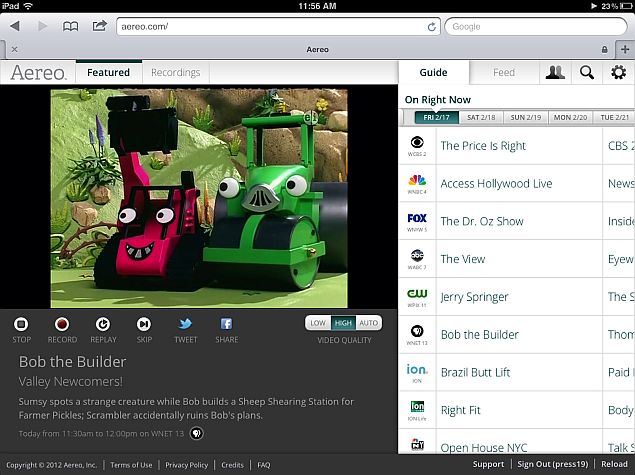 Aereo, the video streaming service which sought to provide an alternative to traditional television broadcasters, said it believes it can still operate despite a crippling U.S. Supreme Court ruling that caused the company to suspend service, according to a court filing on Wednesday.

After the ruling, Aereo announced that it was suspending service, and litigation in a related case involving the company resumed in a Manhattan federal court.

CBS argued in a joint filing on Wednesday that the case should be dismissed in light of the Supreme Court ruling, but Aereo disagreed.

"Although Aereo has temporarily suspended operations, Aereo believes that it can still operate in accordance with the terms of the Supreme Court's decision and intends to do so," Aereo wrote in the filing.

It is unclear from the filing how Aereo will operate, though the company argued it was entitled to a "compulsory license" to broadcasters' content.

Representatives for Aereo and CBS did not immediately respond to a request for comment.

Started in 2012 and backed by Diller's IAC/InterActiveCorp, Aereo typically charged about $8 to $12 a month, and allowed users stream live broadcasts on mobile devices. Aereo did not pay the broadcasters.