Acer Details 'Build Your Own Cloud', Its Push Into Cloud Computing 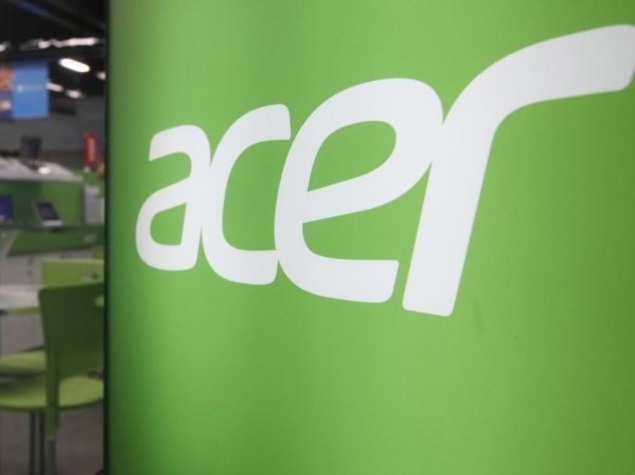 Taiwan's Acer Inc detailed its long-touted push into cloud computing on Thursday, as the struggling computer maker responds to a shrinking PC market by pitting itself against cloud leaders Amazon.com Inc and Google Inc.

The world's fourth-biggest producer of personal computers (PC) aims to start making software and offering online computing services under the heading Build Your Own Cloud (BYOC).

Acer announced BYOC with few details at the end of 2013 when the company booked a third straight loss after the global PC market shrank 10 percent. PCs have been losing out to tablet computers and sidestepped by the cloud, where users store files remotely and run applications over the internet.

"The computer is still our foundation, but BYOC is a new platform for integration, cross-compatibility and convenience," company founder and chairman Stan Shih said at a news conference.

Acer is promoting BYOC as the future of cloud computing by focusing on the so-called Internet of Things, which allows for remote connectivity across a range of devices. In a promotional video, Acer detailed how BYOC will allow users to operate home appliances or automobiles, for example, using smartphones.

Shih said, without elaborating, that he will help Acer find partners for BYOC initiatives beyond his previously announced retirement in June.

But with BYOC, Acer will enter a fledgling market already so competitive that in March Amazon and Google dropped their prices. Either side of their announcements, both Cisco Systems Inc and Hewlett-Packard Co revealed cloud investment of $1 billion.

Acer is therefore likely to have difficulty differentiating BYOC, but the company may benefit from its strength in manufacturing and hardware cost management, said analyst James Lin of KGI Securities.

"Acer has proven itself good at supply-chain integration, so it may be able to exert better cost control over its data centres than players who have less hardware experience," Lin said before Acer's Thursday announcement.

Acer has been one of the more notable casualties of a decline in the global PC market. Acer's PC shipments fell 20.2 percent in the first quarter of 2014 compared with an overall market decline of 4.4 percent, showed data from researcher IDC.

That led to a January-March net profit of only T$1 million ($33,200), continuing Acer's trend of booking a meagre profit or loss in every quarter since early 2011.

Over that time frame, Acer has fallen to the world's No.4 PC vendor from No.2, according to researcher Gartner. The company has also had three chief executives, and has had to contend with two employees being investigated for insider trading.

Shares of Acer have fallen almost 80 percent since January 2011. They were trading 0.8 percent lower after Thursday's BYOC announcement, compared with a 0.2 percent decline in the broader TAIEX index.