Yahoo Is Officially Open to Talking to Potential Buyers 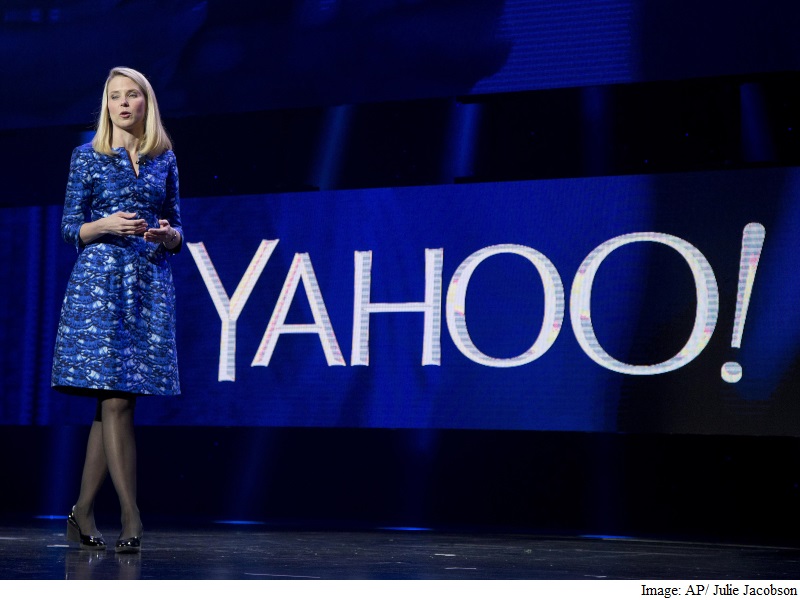 Yahoo on Friday announced that it has formed a committee to "explore strategic options" for the company's core business.

"We have hired excellent [advisers] and are working closely and in alignment with management to pursue an effective process," Yahoo board chairman Maynard Webb said in a statement. "The Board is thoroughly committed to exploring strategic alternatives while simultaneously supporting management and the employees in their implementation of Yahoo's strategic plan."

From the wording of the announcement, the company's board is not exactly putting a "for sale" sign out - it's more an "inquire within." But the announcement is another indication that the board is open to selling Yahoo's core business, and it makes the clock tick even louder for chief executive Marissa Mayer.

Mayer is still committed to turning Yahoo around, having announced a plan last month to cut 1,700 jobs and refocus the company's efforts on fewer products. On Thursday, Yahoo said that it would shutter several digital magazines including Yahoo Food, Yahoo Health, Yahoo Travel and Yahoo Autos. Yahoo said that it will focus its publishing efforts into four main areas: news, lifestyle, finance and sports.

Yahoo also announced that it would discontinue some products, such as Yahoo Games, and scale back staff in Yahoo Groups and its photo-sharing site Flickr.

It's a stark contrast to the growth that marked the early years of Mayer's tenure as chief executive. When she joined Yahoo in 2012 and was tasked with bringing the aging tech company into the future, she went on an acquisitions spree - most notably spending $1 billion for Tumblr.

But activist investors say they've yet to see results from those expensive purchases and have heavily criticized Mayer. When Yahoo announced it would spin out its stake in Alibaba -- worth billions - many investors said the company should instead spin out its core advertising and publishing business. In December, the company said that it would consider that option, prompting fierce speculation that it would sell its core business and leave current shareholders with only the valuable Alibaba stake.

As for the Yahoo we've all come to know, analysts have identified several potential buyers for the legacy business, including Verizon.

SpringOwl, an asset management firm that's been an outspoken critic of Mayer's Yahoo, said that it was encouraged by Yahoo's decision to form a committee.

"It is clear the company is continuing to respond to our calls for change with its expressed commitment to trimming its workforce and forming a committee to explore strategic alternatives," the firm said in a statement. "We will continue to advocate for change and support moves by the company that will result in a higher stock price and create value for all shareholders."