Why File-Sharing Startups Like Dropbox Are Being Pushed Towards IPOs, Buyouts 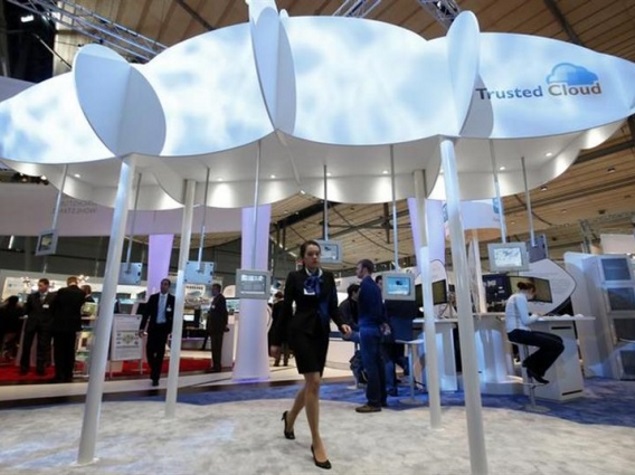 Jack Fearing, creative director at advertising agency MossWarner, was driving to a meeting a couple of years ago when he got an urgent call from a client, halfway across the world, asking for a last-minute edit of a video.

"We pulled over to a Starbucks, uploaded the videos to Onehub and then we were able to review it with the client," Fearing said. A crisis was averted.

Onehub is a file-sharing company, one of a wave of startups that allow users to share and modify huge data files at a stroke. At such short notice, Fearing and his client would not have been able to edit the video by email.

Originally a way for friends to share music and movies, online file-sharing is now in demand from big businesses seeking to swap costly data centers for secure storage in the cloud.

Osterman Research, a Washington-based market research company focusing on IT, expects the global file synchronization and sharing market to double to about $80 billion by 2017.

Eighty percent to 90 percent of that revenue will come from businesses, the company's president, Michael Osterman, said.

This promise of steady revenue from big business has led file-sharing companies to make a play for the funds needed to corner as much of the market as possible before the likes of Google Inc and Microsoft Corp take a hold.

Cue a wave of initial public offerings (IPOs) and buyouts. But as competition intensifies and valuations soar, startups must get better at turning demand into revenue if they are to convince investors of their staying power.

Box Inc is aiming to be one of the first to market. The Los Altos, California-based company, which says its online file-sharing services are used by more than 25 million people and 225,000 companies, filed for an IPO in March.

"Box is offering the right solution at the right time," said Josh Stein, a partner at Draper Fisher Jurvetson, the venture capital firm that led Box's first funding round in 2006 and owns about 25.5 percent of the company.

A source familiar with the company, who declined to be identified, said Box was valued at $2 billion following its most recent funding round in December.

Smaller peers Egnyte, which has Swedish furniture retailer IKEA among its more than 30,000 customers, andAccellion Inc, which serves Procter & Gamble Co , have also announced plans to go public next year.

"They are starting to reach that level of maturity where it begins to make sense," said Jeffrey Mann, analyst at IT research and advisory firm Gartner.

Time to pay up
More than 780 million users will be sharing files in 2017, compared with slightly more than 590 million in 2012, according to Osterman.

And when it comes to online file sharing, the biggest player is Dropbox. A new funding round this year, involving BlackRock Inc and other investors, valued the San Francisco-based company at nearly $10 billion.

Chief Executive Drew Houston said in September that Dropbox would go public "at some point" but that there was no immediate need for an IPO. The company declined further comment.

Dropbox has 275 million users worldwide, according to its website. Yet as recently as last year, according to Forbes, just over 1 percent of users were paying for the company's services, with the majority availing a free 2-gigabyte plan.

The shift toward business use is changing the way Dropbox and its rivals operate. Products such as 'Dropbox for Business', unveiled in November to allow users to maintain both personal and corporate accounts, are targeting paying business customers.

More than before, investors are demanding to see revenue. This is leading to increased competition, particularly as the giants of the industry take notice of business users' readiness to pay for file-sharing products.

"The price wars have begun," said Paul Hughes, analyst at market research firm IDC. "It is going to drive smaller players out of the market, unless they can differentiate."

Being different
Smaller companies unable to compete on price could move into the high-end file security business as a way to grow and sustain revenue, Osterman said.

Hightail, the closest rival to Dropbox in terms of registered users, has recently invested in features to protect data, destroy it after use and track the identity of those who access files uploaded by its 40 million-plus registered users.

"The Edward Snowden revelation has made everyone - whether you are a consumer, whether you are a CEO - become more aware of the desire to understand how your data is being accessed," said Hightail Chief Executive Brad Garlinghouse.

The risk for smaller companies, said Osterman, is that file-sharing and synchronization could end up becoming features within larger products.

Microsoft's OneDrive, for example, is available as part of its Office 365 software suite as well as a standalone product.

Since Box filed for an IPO on March 24 - the company has not set a date for the listing - cloud-based software companies Workday Inc and Veeva Systems Inc have lost about a fifth and a quarter of their market values respectively.

There may be other routes to riches for the founders of file-sharing startups.

"Being acquired by a larger player is certainly one interesting outcome that we are open to," said Charles Mount, CEO of Onehub, the Seattle-based company that came to Jack Fearing's rescue.

But IDC's Hughes said some private file-sharing companies were quickly becoming expensive for potential suitors such as Verizon Communications Inc or Amazon Inc.

"The valuations, I think, are crazy - tenfold earnings in some cases," he said.