Who's Afraid of China's Economy Slowing? Not Alibaba's Jack Ma 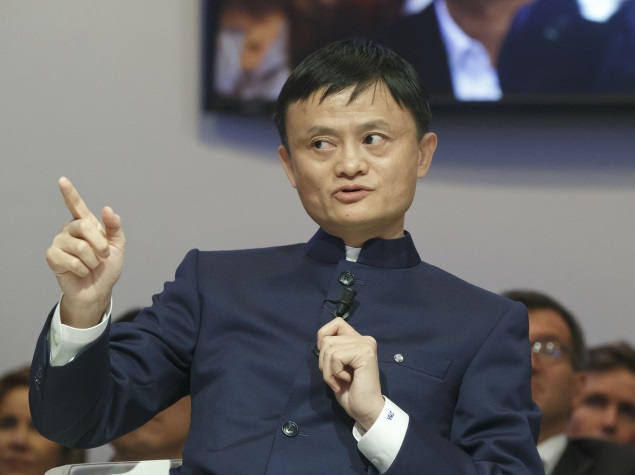 The slowdown follows thirty years of red-hot double-digit percentage growth that has lifted millions of Chinese out of poverty and transformed the country into the world's second-largest economy.

But the rapid expansion has also polluted the country's air and water, opened up huge income inequalities and saddled the nation with ominous debt levels, leading policymakers to change tack and abandon the pursuit of growth at all costs.

Alibaba, the world's biggest e-commerce company, made its market debut in late September after a $25 billion initial public offering that ranked as the largest ever.

The firm is now planning a major move to win U.S. business this year, while at the same time spending billions on its home turf to maintain its edge in China's competitive internet sector.

Chinese consumers are curbing spending on discretionary items, a Reuters analysis showed this week, and there are signs more people are choosing cheaper products.

However, Gil Luria, an analyst at Wedbush Securities, said Alibaba had little to worry, as the slowdown in growth was mainly being driven by other parts of the economy.

"It's not consumption that would be driving the deceleration of the Chinese economy -- to the extent that it's decelerating, it's more because of investment flowing down," Luria said.

"It looks like the Chinese consumer is still strong and growing."