Who Reviews the Reviewers? How India's Online Businesses Are Fighting Fake Reviews 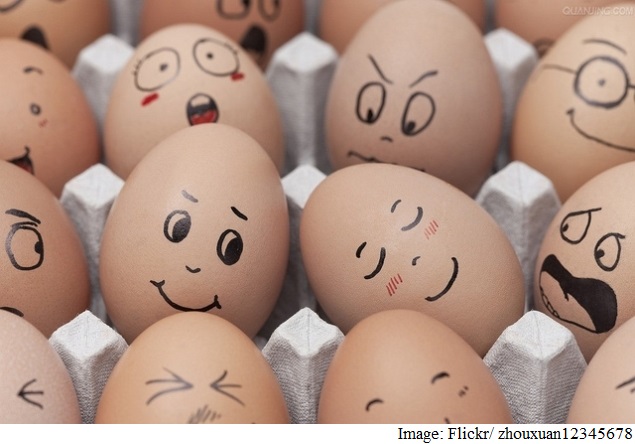 When you're shopping for new gadgets online or trying to look up a restaurant where you can get your dinner, what's the one thing you do before clicking the buy button, or deciding where to go? In our case, that's checking user reviews to help make up our minds. Professional reviews and news articles have their space, but many others have told us that customer reviews on e-commerce websites are the final word in deciding whether to buy a product. But have you ever wondered how reliable the customer reviews you see posted online really are?

If you're trying to buy a new gadget, and half the reviews are one or two stars, while the rest are five-star, which set of ratings are you supposed to trust? Of course, people are much more likely to write about their negative experiences - think back yourself to how many customer reviews you've written. If something goes wrong, no matter how minor, we customers will often rush to different forums and Facebook groups to vent our righteous anger, but if you've had a good meal or bought a good book, how many times did you follow it up with a review?

But that doesn't mean that you can trust all the positive reviews either as brands and businesses aren't above reviewing their own products and services, or hiring people to do it for them, the way you could hire fake Twitter followers. You probably shouldn't take all negative customer reviews at face value either - recently, the launch of a phone in India was accompanied by an email from a "social media consultant" hired by a rival firm to leave negative reviews of the device on social networks like Facebook and Twitter, along with e-commerce sites like Amazon.

The sites themselves don't want false reviews because they hurt the platform's credibility, so you'll see many of them taking steps to weed them out. For some, the method of ensuring that only real customers can place reviews is simple - allow only people who have bought products from their own platform to write reviews. That's the practice that some companies, including healthcare search platform Practo, follow. But others go a step further to ensure that the reviews on their sites are genuine.

Tracking with technology
Sites use a mixture of techniques to sieve fake comments out of genuine ones. The problem isn't that widespread, claims Mouthshut's CEO and Founder, Faisal Farooqui. Mouthshut - one of the first review sites in India, where you can leave your reviews about anything, from hotels to cars, to electronics, mobile phones, or colleges or real estate - sees under 1 percent dubious reviews, he says, but even so, it's a serious concern that led the company to build a "sizeable" team to address the issue. Farooqui told NDTV Gadgets that the company looks at the metadata of posts to determine if they are genuine. If, for example, a very large number of reviews are being made from the same device, about the same company or product, but using different user names, then there is a pretty good chance that someone is trying to fake the ratings, one way or another. Similarly, even if the inputs are coming from different places, if you get a flurry of similar reviews about a place or a product, then it's going to look suspect. So, if a product has been getting a steady stream of 3-4 reviews in a day, and it starts to get 30-40, even if they're spread out through the day, that's still a red flag.

Beyond that, the company uses a host of other signals from the text itself, similar to the spam filters in your email. Farooqui refused to tell us exactly what flags are used by Mouthshut to identify fakes, because "revealing the nuts and bolts of that would enable those interested in posting fake reviews on our website to use reverse engineering to bypass our firewalls," but he did say that "fake reviews always leave a trail. After years of experience built in trying to spot dubious reviews, we can pick out the ones that are not real quite easily and efficiently."

Flipkart's Malviya tells us that the metadata of a review is typically more important than the review itself in detecting spam. He, too, refused to get into the details for similar reasons, but he did tell us that Flipkart looks "at who is writing the review for what (seller/ product), the content of the review and the different patterns therein."

"Countering fake reviews and ratings is becoming a growing challenge for platforms like ours," says Zomato's CEO Deepinder Goyal. "To ensure authenticity we have corrective measures in place, such as IP tracking, user credibility scores as well as manual moderation of reviews."

"We use proprietary spam control algorithms for detecting fake reviews," he adds. "We keep strengthening our spam filters from time to time to ensure that we are one step ahead of the offenders. Recently we removed some 12,000 reviews, mostly positive ones, as a part of this exercise."

Multiple reviews of the same restaurant from the same IP address is a red flag, as it looking out for the language used, and tracking the behaviour of user handles. According to one person familiar with the process at Zomato, there are over 20 different parameters that are considered in the text alone, not counting the metadata and other technical information.

Being human
While technology is a big part of the process, removing fakes wouldn't be possible without human intervention. Companies say relying only on data like IP tracking and spam filters can lead to false positives, which is why Zomato, for example, has a 20-person team that looks at the potentially fake reviews to decide what to do next. 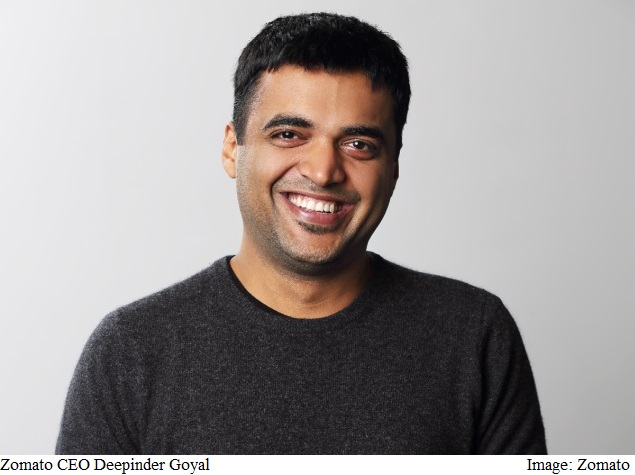 Zomato's Goyal tells us that the 'neutrality team' works to remove fake reviews to ensure that Zomato remains a neutral platform for users and restaurants.

"We delete user profiles if we find that they have violated our guidelines and policies. Maintaining the credibility of reviews is of utmost importance to us," says Goyal. "Our neutrality team utilises a combination of back-end algorithms, metadata, as well as the human eye to keep out falsified experiences."

"As much as we'd like reviews to be organic there have been instances of users posting reviews for a fee," he adds. "In case a blogger sharing their reviews on Zomato dines as a guest of the restaurant or receives something for free, we ask them to give disclosure in their review as part of our guidelines." Filtering such reviews out using technology is pretty difficult. In fact, paid-for reviews have created a new problem for Zomato to deal with - plagiarism.

Goyal says, "We issue a first warning in case of plagiarism and promotional content and if we have established proof that these users have been getting monetary compensation in return for reviews we directly remove their profiles without a warning. We send them an email thereafter letting them know of the same."

"Time and again we have removed some of our top contributors from the platform when we've been able to establish that they were accepting money in exchange of reviews," he adds.

Ask your users
Aside from these tools, nearly everyone also relies heavily on the users themselves to ensure that reviews are real.

Mouthshut, for example, lets users vote down reviews that don't seem genuine. "Just like any individual can post reviews, other readers can rate the usefulness of a review," says Farooqui. "Essentially, fake reviews get a 'Not Useful' rating and are buried at the bottom."

Mouthshut does not remove fake reviews, instead marks them as such, so the site's users can see where people tried to misuse the platform. 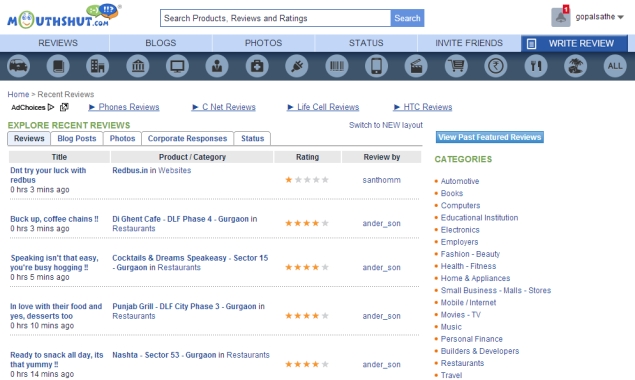 "[Our] compliance team works to promptly stamp such reviews as 'fake'," says Farooqui. "The presence of this stamp is very shameful for the brand, and alerts our readers [to fakes] when they read such reviews."

Trusting customer feedback to set the visibility of reviews is how Amazon approaches the issue as well.

"We are very protective of our customer voice and go to great lengths to keep reviews up on the site, even if they are aggressively critical or obviously untrue," an Amazon India spokesperson told NDTV Gadgets over email. "This is essential in order to maintain trust in the authenticity of our reviews as a whole. We let other customers weigh in by voting or commenting. We are deliberately impartial."

But these methods are often not enough because posting fake reviews is becoming a big business.

"The problem is with the mushrooming of the cottage industry of digital and social media agencies," says Farooqui. "We have found that many of these are being hired by brands write fake reviews on Mouthshut. We have identified a handful of such agencies and keep a close watch on their activities on the website."

Even Amazon, which otherwise tries to be "deliberately impartial" uses these methods to look out for fake reviews.

"We have detection and enforcement in place for fake sock puppet accounts," states an Amazon India spokesperson, adding, "We require customers to make a purchase (and pay for it) before they post a review or before their vote counts publicly." This ensures that Amazon can then track the posts from that user.

"Requiring a purchase allows us to collect uniquely identifying information about the account. We use this information to prevent content created by sock puppet accounts," explains the Amazon India spokesperson. "For example, if you opened three accounts in order to post three one-star reviews on a book, we would detect that these accounts were related and remove the reviews. Put another way - reviewers are not anonymous to Amazon, even though the reviewer's identity is not disclosed to other shoppers."

A never-ending journey
"Our experience is that it's not a one-off thing, and needs constant monitoring," says Mouthshut's Farooqui. "Making sure our website is free of dubious reviews is a constant battle. We have a team that works 24/7, 365 days a year to make sure this doesn't happen."

That doesn't mean that spammers don't work as hard to stay in business. According to Farooqui, these groups have also been changing their strategies in a bid to keep making an impact.

"Earlier, they would post good things about the brand (who they were hired by) while pulling down the competitors, if any," says Farooqui. "At MouthShut, we have a mechanism of naming-and-shaming by putting the 'stamp' of fake on a dubious review. So now these companies have changed tack. They now post fake positive reviews of their competitors' products and services to discredit them. They make it so obvious that these are 'plants' that we are forced to stamp them as fakes."

"We're forced to find new ways to tackle issues when people give us reason to," he says. "In addition to our automatic spam filters, we actively monitor all reviews on Zomato. We also rely very heavily on our community on Zomato to raise a red flag every time they notice a suspicious review."

Which is why, even though the companies are working to weed out fake reviews, at the end of the day, it all comes down to us as consumers. So the next time you see a review that doesn't seem real, make sure that you report it as fake, so that you are helping other customers make a better decision.