What America's Top Technologist Has to Say About Online Harassment 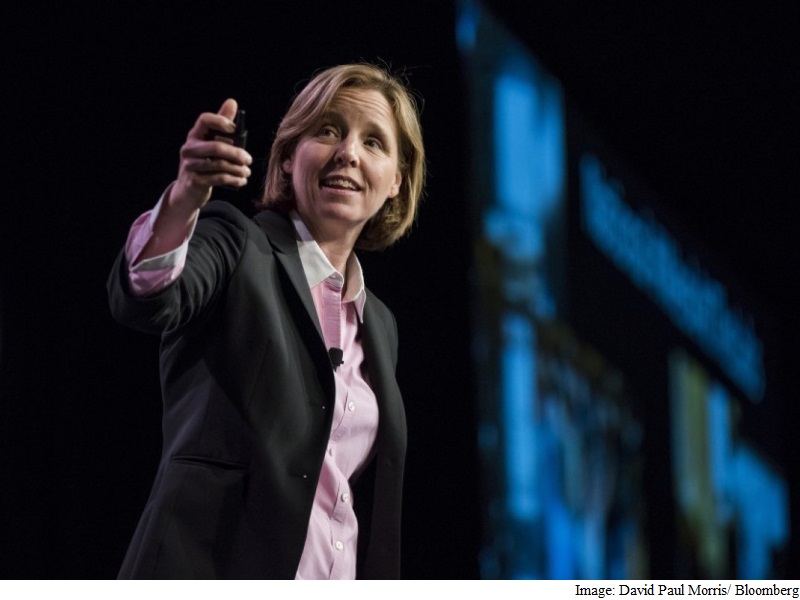 Megan Smith is the chief technology officer of the United States. A former Googler, Smith is responsible for directing much of the country's innovation policies and orchestrating the government's shift toward a more tech-savvy future. I sat down with her recently at SXSW in Austin. Here's a small excerpt of our conversation, which has been edited for length and clarity.

Q. President Obama has said it is incumbent upon the government tell a more compelling story about itself to draw more tech folks into public service. Does the government have to be even better than the private sector at selling itself?
A. We're finding that people are really excited to come. In my case, people - it didn't occur to them, they may not have thought of that because if you look at a lawyer, most of our lawyers will have a moment where they're clerking. Our scientists, our surgeon general, economists - they spend time in government. The digital, technical crew don't tend to rotate into government, you know, from Austin, Boston, Silicon Valley, that kind of group.

Q. You're saying there's no clear career path to get people from -
A. There hasn't been. And we're changing that. So the president has purposefully been creating spaces for this cohort of Americans to be part of, first with the CTO's office and then with the Presidential Innovation Fellows, 18F at GSA, the US Digital Service and then all our joining CIOs and CTOs across government. It doesn't mean some of those people in security or at Nasa or Department of Energy haven't of course always been there. And the IT teams have been throughout. But they tend not to be integrated into the principals' table. They're in service to, but their architecture is not informing the policy. And we're changing that.

Q. To what extent do you see online harassment as being a potential barrier to entry for minorities?
A. The industry's working hard on this. What we can see is a need for a lot of the companies to set it as an even higher priority. It's interesting; in a survey that folks did just to see the level of harassment senior women were reporting - I think people are unaware. The transparency and the data and the information about this are really important.

Another one people don't really think about is what people call "ambient bias." What you see around you on the walls, in television, media, in the classroom, in textbooks, tells you whether you belong. And so in children and family television, it's literally 15-to-1, boy programmers to girl programmers, who are shown on the screen - and worse for kids of color. So how do we change that? Why wouldn't you show, in a children's cartoon, 50-50?

Q. I'm particularly interested in the media part, getting beyond corporate policies and what individual companies' stances are for their employees. I'm more thinking along the lines of the typical, everyday harassment people face on social media. How should companies be building their tools or their products to address that?
A. We need to take this very seriously. There's this thing called the Cluetrain Manifesto and the team that wrote that has a thing called the New Clues and it's sort of 80 points and one of them is, how did the Web get weaponized? And it got weaponized because we bring our actual selves to the Web. The first one is, the Internet is just us. And it's just us, so people bring the harassment that they have, they bring that bullying, they bring all of that that exists in analog; it's just so much more visible and it's faster to move, because of the way the digital technologies are.

Getting to the point where we together collectively care enough about solving this, where people raise the priority of solving it, is really important. One in five women will be attacked or assaulted on campus, one in 20 men. This is not acceptable. And yet it's happening in the digital space, too. And it's debilitating. So we have to really evolve our culture and it's a heavy lift, because it's not a digital-only thing; it's analog meets digital.

Q. One last question: Should Americans be broadly more concerned about the amount of insights that one can glean about them based on their metadata?
A. I'd probably refer you to the Big Data Report, which is really about this, about this conversation. Really about data ethics and privacy and all these things and how we're working to evolve what the regulation will be around this, while at the same time balancing innovation.

A lot of the private sector is handling this and they have great incentive not to cross boundaries because customers can vote with their feet or clicks, which I think is really helpful. I think that there's great value that comes out of the metadata that's out there and so we just have to continue to be really diligent to understand the context and the issues that come and that we're doing on bullying and harassment.

The president's precision medicine initiative is an incredibly interesting push that he's making to make sure that the data of our personal health is something that we - we should own that, ourselves - and it should be interoperable. I should be able to get ahold of my records, I could donate them to science, we can use them to cure cancer, the vice president's moonshot, there's a lot of focus on that within the administration.