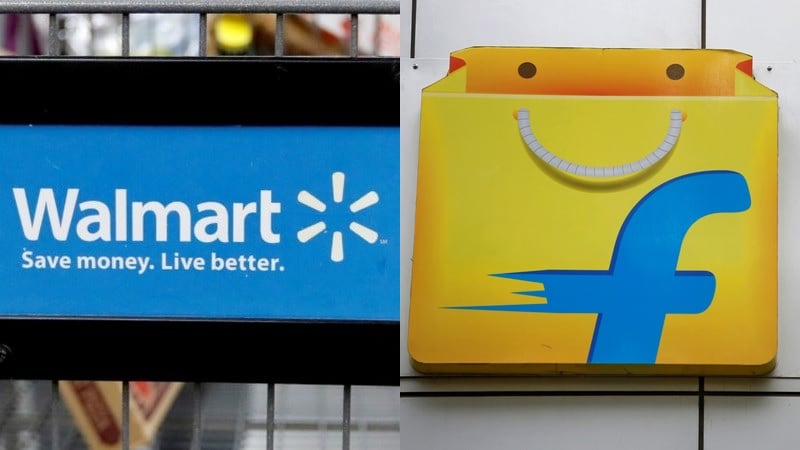 Amazon.com revealed a stunning statistic last month when it announced that its Prime service had hit more than 100 million subscribers worldwide.

Its largest American competitor, Walmart, may have just captured as many new customers in India alone.

The retail giant announced Wednesday that it would make a 77 percent stake in Flipkart, which since its founding more than a decade ago has evolved from a modest startup into one of India's leading e-commerce site. The $16 billion (roughly Rs. 1.07 lakh crores) acquisition keeps Walmart in step with Amazon as the two behemoths look to expand in India, with 1.3 billion people and a fast-growing economy.

The deal all but assures an ongoing global rivalry between Walmart and Amazon. (Amazon CEO Jeff Bezos owns The Washington Post.) And the move comes less than two years after Walmart stepped up its online game in the United States by buying Jet.com for $3.3 billion (roughly Rs. 22,000 crores).

In an interesting twist, this time Walmart is snapping up a company started by none other than two former Amazon employees.

"For Walmart, this is the only way left to enter the Indian market and they are paying a premium for the access," said Satish Meena, a Forrester analyst based in New Delhi. "This will provide them around 54 million active online buyers and a company with 40 percent of the Indian online retail market."

In March, Meena forecasted that India's online retail market remained the fastest-growing market in the world. At that point, Meena wrote that Amazon was closing the gap with Flipkart to become the single-largest online retailer in India in terms of sales. Fashion was the only category in which Flipkart maintained a significant edge.

The report noted that as Amazon focused on fashion and grocery in 2017 and 2018, "Flipkart will find it difficult to retain its edge in 2018."

Walmart's acquisition changes that dynamic. Now, the retailer can help launch Flipkart's grocery services to compete with Amazon's. And Walmart can give Flipkart a boost in its fashion and clothing category, especially for low-to mid-priced products.

"But the overall question of customer experience will be the key factor," Meena said.

Walmart arrived in India in 2007 as it sought to debut brick-and-mortar stores in its major cities. But local regulations on foreign retailers hampered plans for Walmart's massive expansion.

Meanwhile, the two former Amazon employees, Sachin Bansal and Binny Bansal, steadily grew Flipkart from the book-selling company they founded in a two-bedroom apartment in Bengaluru. Today, the company sells 80 million products across more than 80 categories and has 100 million registered users, according to its website. The whole operation involves 100,000 sellers and 8 million shipments a month.

In its news release, Walmart also cast the acquisition as creating jobs within India's economy and supporting small business, even giving a nod to Prime Minister Narendra Modi's "Make in India" campaign.

The rest of Flipkart will be owned by existing investors, including co-founder Binny Bansal, the Chinese tech giant Tencent, Tiger Global and Microsoft.

Jared Wiesel, partner at the tech-enabled consulting firm Revenue Analytics, said Walmart - which has traditionally operated physical stores - would also benefit from Flipkart's technological expertise. And even beyond the immediate payoffs, Walmart's growth in India through Flipkart should accelerate for years.

"The long-term play is they'll get in, maybe not on the ground floor, but you're on floor two," Wiesel said. "Get in, establish your base, bringing in additional resources and help Flipkart continue to grow and evolve in the consumer fabric of India so that when you wake up five years from now, 10 years from now, the consumers are orders of magnitude more."

Like Wiesel, Charlie O'Shea, lead retail analyst at Moody's, highlighted the investment Walmart is making for the future, particularly as India's smartphone use booms and millennials drive online shopping.

And so, for the price of $16 billion, O'Shea said Walmart's largest deal "becomes much bigger and more profitable down the road."

"You're looking up the runway, and the runway in India is about as limitless as there is anywhere," O'Shea said.