Verizon Could Boost Yahoo Ad Targeting, but Challenges Ahead 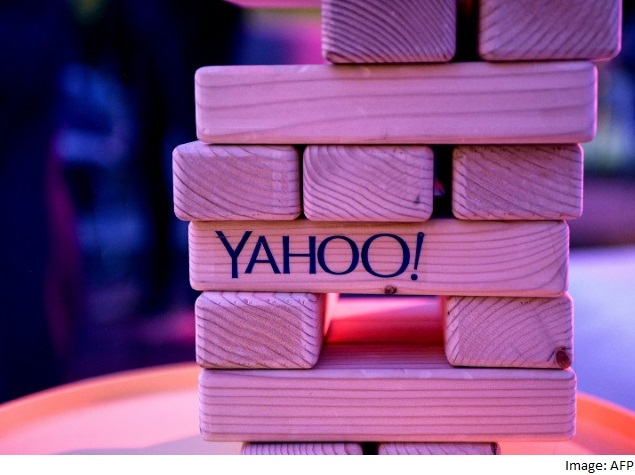 Highlights
Verizon's deal for Yahoo could give the phone company a stronger foothold in digital advertising as it takes what it knows about its customers' whereabouts and combines that with Yahoo's popular destinations and AOL's advertising expertise.

To boost traffic and revenue even more, Verizon could also ship some phones with Yahoo apps already installed.

Ultimately, Verizon could do what Yahoo alone could not: make money off its highly trafficked properties, such as Yahoo Sports and Yahoo Finance.

(Also see:  12 Things You Didn't Know About Yahoo, a Giant That Once Ruled the Internet)

But Verizon also faces the same challenges a stand-alone Yahoo had: how to get better ad rates through personalization and targeting, when Google and Facebook are already adept at that.

Although the new Verizon would be No. 3 in the $60 billion (roughly Rs. 4,04,173 crores) US market for digital advertising, "one shouldn't delude themselves into thinking that it's a close third place," MoffettNathanson analyst Craig Moffett said. "They're third place in a two-player market. Ad dollars are going to Google and Facebook and they're coming out of everyone else."

According to eMarketer, Google and Facebook had a combined 55 percent of the US digital-ad market last year, while a combined Verizon and Yahoo would have had just 6 percent.

Marketers could be drawn by Verizon's ability to know where its phone users are, but that might apply only to Verizon's customers - not to other Yahoo users around the world. Meanwhile, Facebook and Google already have a lot of that data - Facebook through its social network, and Google through its Android phone system and popular services like maps, email and search.

Verizon wants to build a business that can make money off the ever-growing amount of time people spend on their phones. To that end, it has invested in digital-ad businesses and mobile video, including the creation of go90, a video service aimed at millennials.

With its $4.4 billion purchase of AOL last year, Verizon got technology that matches ads with websites like Huffington Post and TechCrunch. With Yahoo, which Verizon is buying for $4.8 billion, Verizon will get websites, apps and other services used by more than a billion people worldwide each month.

Verizon can use AOL's ad technology to sell ads and make more money off those Yahoo properties, whether on a computer or phone. Forrester analyst Dan Bieler said Verizon and AOL will be better than Yahoo was at using Yahoo's user data and wide range of apps and media properties to sell ads.

Ultimately, AOL's ad-sales technology could encourage brands to spend more money across a range of Yahoo websites and apps.

But some analysts aren't sure that a troubled Yahoo can make Verizon into an ad player that rivals Facebook and Google. Jefferies analyst Mike McCormack said he's doubtful an older internet brand like Yahoo will bring in the kinds of users that Verizon has been trying to lure with go90.

Yahoo is among the stodgier Internet brands, but comScore says the age breakdown of Yahoo users in the US is not substantially different than Google or Facebook users.

Verizon could drive more traffic by loading Yahoo apps on Android phones, although Apple forbids this on iPhones. In a conference call, Yahoo CEO Marissa Mayer suggested that Verizon "and its distribution on mobile" could help get Yahoo's mobile apps "in front of more users."

But eMarketer analyst Martin Utreras said the company would have to be careful not to annoy users by doing that.

Instead, it's more likely that Verizon would use location and other data it has about its users to help advertisers target people across the internet. For example, on a hot day, Verizon could show an ad for a nearby store that sells barbecue equipment, Bieler said. That might be valuable to the advertiser, and Verizon could charge more.

Verizon has in the past been aggressive with tracking consumers. The Federal Communications Commission fined it $1.4 million in March for how it followed phone users online for ad targeting with a "supercookie" that was at first nearly impossible to block. The company changed some practices that were criticized by privacy advocates.

Now, the FCC wants broadband providers like Verizon to seek a customer's permission in most cases before sharing data with advertisers. The rule wouldn't apply to Facebook and Google as they don't provide internet access.

If approved, the policy could make Verizon's prospects for Yahoo even more difficult.