To Find the Next Harry Potter, Berlin Startup Tracks What You Actually Read 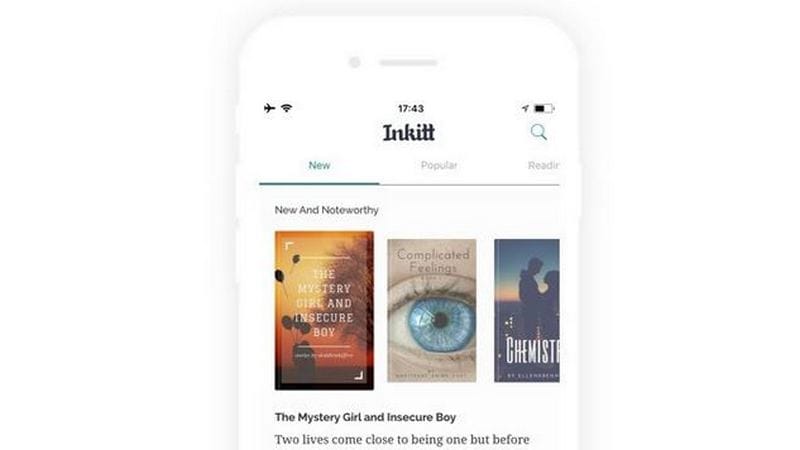 Publishers are notorious for making knuckleheaded decisions on new titles - the first Harry Potter book, for instance, was rejected a dozen times - so Ali Albazaz has come up with an alternative: Ask readers what they think.

The 28-year-old software coder and aspiring author in 2015 launched Inkitt, which gives users access to the works of about 60,000 indie authors. That gives Inkitt a wealth of data: whether readers stay up all night devouring a vampire story, how often they put down a mystery and flip over to Facebook, and the number of friends they recommend a title to.

A computer program sifts through all of that information, then spits out recommendations of stories with hit potential, which Inkitt publishes as e-books, audio books or print titles. "The decision-making by big publishing houses can be very random and they tend to favour established authors," Albazaz says. "Discovering the next J.K. Rowling, the next Stephen King is what we strive for."

Albazaz thinks he can help the discovery process by tracking over 1,200 ways readers are reading or sharing the story. Inkitt has about 300,000 monthly active users, he added.

"It's about all behaviours around the story," Albazaz said. "From reading engagement, re-engagement, sharing and the behaviour of new readers who come through their friends."

Last year Inkitt published about 50 books including "Reaper's Claim," a romantic thriller by debut author Simone Elise. Albazaz said the title climbed to No. 12 on Amazon's e-book best-selling list on its debut in February 2017.

The startup is also deploying data in the publishing process, testing different covers, teasers, and descriptions to choose those that perform best with its users. The company isn't yet profitable and is pursuing more growth, Albazaz said.

Attempts to cut out agents and publishers are not novel. Over the past decade, self-publishing has continually been touted as a viable route for wannabe authors. There are a number of crowdsourcing publishing services, including the UK's Unbound and Qidian in China. Perhaps the most famous disintermediator of all, Amazon.com, has also been using reader feedback to power its Kindle Scout publishing unit.

While Inkitt's model is "interesting," the startup faces an uphill struggle to compete with the well-oiled publicity machines of the major publishers, said Karin von Abrams, an analyst at EMarketer.

"It won't be easy for works surfaced by Inkitt and published in print to claim space on the tables and shelves of traditional bookshops," von Abrams said.

Inkitt, which employs about 25 and is currently hiring more for its New York City office, faced a few early hiccups. Soon after its launch it suffered complaints regarding spamming users with unwanted emails. Albazaz said this was due to a "cheap newsletter tool where the unsubscribe button didn't work correctly for some users" and has since been corrected.

There is room to grow. Bertelsmann's Penguin Random House placed 263 titles on the "New York Times" bestseller lists in the first half of 2017, including 37 at number one. Its biggest-selling novel in the period was Jay Asher's "Thirteen Reasons Why," which sold more than a million copies across all formats - helping the company to increase sales to EUR 1.5 billion ($1.9 billion).

Backed by investors including Berlin-based Earlybird Venture Capital and London-based Frontline Ventures, Inkitt is looking to this year expand into non-fiction titles and is seeking to sell its books in department stores including Walmart and Tesco.

The Next Ferry You Board Might Run on Batteries