The Lesson of the Sony Hack: We Should All Jump to the 'Erasable Internet' 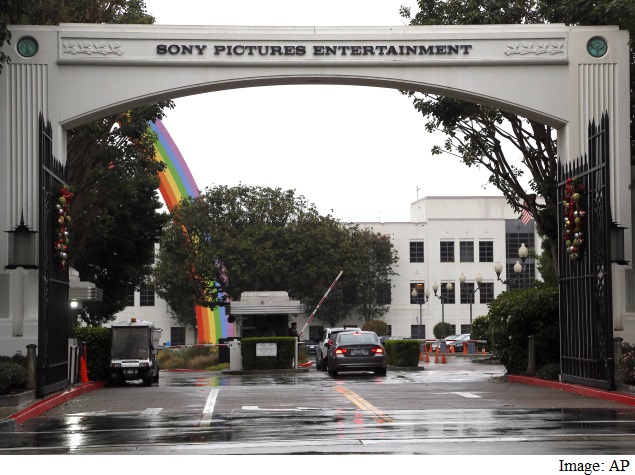 The messaging app Snapchat showed that saving everything wasn't the only way to navigate the digital world.

This month's news provides yet another occasion for a friendly public-service reminder to anyone who uses a digital device to say anything to anyone, ever. Don't do it. Don't email, don't text, don't update, don't send photos.

At least, don't do it if you have any expectation that what you say will remain private - a sentiment that's usually taken for granted in human communication, but that we should all throw to the winds, at least until we figure out a way to completely rethink how we store and manage our digital data.

Because here's the thing about the digital world that we must remember. Nothing you say in any form mediated through digital technology - absolutely nothing at all - is guaranteed to stay private. Before you type anything, just think: How will this look when it gets out? What will Angelina Jolie think if she finds out about this? If Angelina won't like it, don't send it. Because Angelina will find out. So will the rest of the world.

This might seem like an extreme, perhaps jaded response to the hack at Sony Pictures Entertainment, which has resulted in the disclosure of thousands of private documents ranging from trivial to merely embarrassing to grossly serious.

The disclosures make the case for creating what I've called "the erasable Internet." Last year, after the stunning rise of Snapchat, an app that sends pictures and messages that disappear after the recipient receives them, I argued that we were witnessing the birth of a new attitude toward data online.

Snapchat showed that saving everything - the default assumption of digital communication since its birth - wasn't the only way to navigate the digital world. "Erasing all the digital effluvia generated by our phones and computers can be just as popular a concept as saving it," I argued - and if we moved toward that model, the Internet might be a more private, and less dangerous and damaging place.

The Snapchat Internet is now being built. A range of start-ups across the world, including Snapchat itself, are working to create communications systems that are not based on saving as a default. Someday, perhaps someday soon, it may be possible to quickly and easily send messages that you can be fairly confident are secure.

But the erasable Internet is not really here today. And we should start acting like it. Despite the increasing popularity of programs that don't store all of our data by default, almost everything we do on computers today is recorded and stored somewhere, often in places over which we don't have any control.

Even Snapchat itself has been too loose on privacy. In May, it settled charges with the Federal Trade Commission, which had accused the company of collecting more data about users than it had disclosed, and of leaving users' messages vulnerable to being captured using simple workarounds.

This suggests two ways to respond to the Sony hack. First, assume everything is public. Go about your business as if all you do on a computer is vulnerable to intrusion and exposure. Second, agitate for a world in which saving is not the default.

"Everyone is so excited about the cloud, but the cloud is really a drunken Xerox machine making copies of pretty much everything that everyone has said anywhere and spewing it all over the place," said Howard Lerman, the co-creator of Confide, a messaging app that works like the corporate version of Snapchat.

Messages on Confide are deleted as soon as they are read. The app even includes a clever user-interface trick that requires scrolling a finger across the screen to read text, a measure that reduces the chance of someone capturing and distributing a screen image of a message. According to Mr. Lerman and his partner, Jon Brod, the Sony hack has prompted a surge of interest in Confide. "This was our biggest week ever," Mr. Lerman said.

He sees Confide as a replacement for the business phone call.

"For you to be truly secure, the stuff that you say shouldn't be lying around in places you have no control over," Mr. Lerman said. "It used to be, 20 years ago, that the stuff you said in a conversation would be gone. That's not true anymore."

But the problem with Confide, Snapchat and every other ephemeral app is that not everyone uses them. To communicate with much of the world today, we've got to rely on insecure systems like email. That means we've got to remember to watch what we say and how we say it.

It's a telling point that one victim in the Sony hack was Snapchat itself, whose secret business dealings were uncovered.

In an email to employees after the hack- an email he later tweeted - Evan Spiegel, Snapchat's chief executive, wrote that he was saddened and angered by the hack, but that it underscored the urgency of Snapchat's vision for the future of online life.

The central motivation of that vision, he wrote, was to bring a measure of secrecy back into our social lives. Secrets "bring us together," Mr. Spiegel wrote, launching into an elegiac defense of privacy. He added: "It's not O.K. that people steal our secrets and make public that which we desire to remain private."

I downloaded Confide today, and I'm on Snapchat. I hope you will be, too.

The Interview: Sony Says Had No Choice but to Shelve Release
Amazon Staff in Germany Extend Strike to Christmas Eve