The Business of Pleasure: How 'Adult' Products Are Finding Takers in India Online 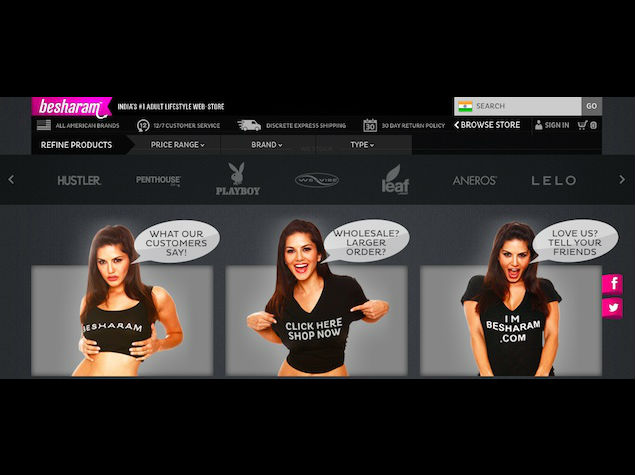 An edible thong made out of candies; a lubricant to enhance and prolong bedroom 'play' time; a Bluetooth-connected toy that turns your smartphone into a tool to have long-distance moments of intimacy. This might sound far-fetched, but these are all products you can get on various Indian websites. The industry is nascent in India, but as taboos erode, people are starting to talk about what they want from their partners, and a lot of new websites are rising up to fill the gaps in the market.

One of the better known sites in this category is That's Personal, which started in January last year. That's Personal has products like gels, lubricants, lingerie, and adult games up for grabs for those wanting to spice up things in the bedroom. Samir Saraiya, CEO, That's Personal says that when he was researching before launching the e-commerce portal, one of the things that genuinely stuck out was the lack of supply for products in this sector.

"People were embarrassed to buy something as simple as a condom from the neighbourhood store, because they were worried about the societal perception," says Saraiya. "Somewhere we realised that just offering a new product was not enough. It was about providing quality products discreetly such that people would not be embarrassed to purchase them."

At the same time, there are limitations on what products the site can even offer, because of unclear laws in India. "We wanted to make sure we didn't break any laws or offend anyone while setting up shop," he says.

Vinodh Reddy, the co-founder of Chennai-based OhMySecrets.com says, "[things like] Oils, or lubes, or herbal and Ayurvedic medicines which promise enhanced performances for both men and women - these products have been in the market for a good 20-25 years now. And it is perfectly legal to market and sell them."

He feels that there is a growing demand for more products now, beyond the ones which were already in the market.

"With more and more people travelling abroad there has been an increase in the awareness levels and people are also demanding the same type of [foreign] products here in India from retailers,"Reddy adds.

"Sexual wellness is something that is slowly becoming less of a taboo," says Reddy. "[People are] having open-minded discussions about it. And that is where we as a retailer come in to bridge the gap between the demand and supply."

And there's clearly a lot of demand, if you go by what Reddy says. According to him, in one year, the site has seen 18 lakh visitors, with a daily visitor count of 5,000 now. 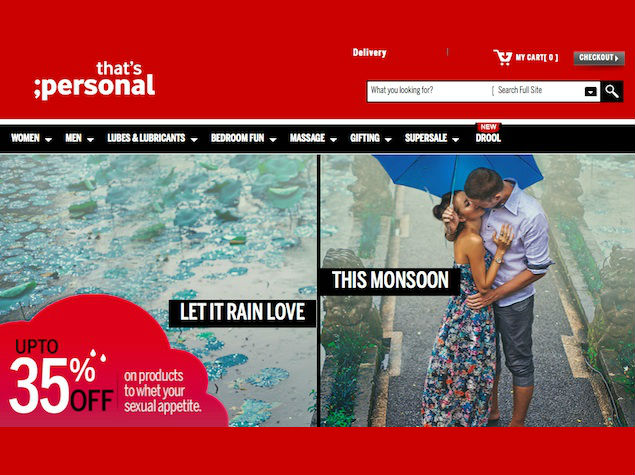 To understand the whole scenario better we spoke to Lekesh Dholakia, the attorney for That's Personal.

"There is a lot of ambiguity when it comes to selling adult products in India," says Dholakia. "For instance, sexual wellness categorises condoms, lubes and gels as legal to be sold over the top pharmacies in the country, but selling sex toys is not. A retailer can import the products and even sell them if he or she manages to ensure that the packaging, the marketing content, and the literature is not offensive to anyone."

Dholakia says that there are no legal concerns in the actual sale of sex toys, apparels and ancillary sexual products. These items are not banned for import or sale in India, and there is no legal bar for their sale.

"However, the concern arises only in the manner in which these sex toys/ apparels and related products are displayed and exhibited for sale in India," he adds. "Under Indian law, obscenity is an offence. Therefore, if any of these items are advertised and/ or displayed for sale using any obscene pictures, graphics, display mechanism, or otherwise in any obscene manner, then there could be a cause for concern."

The problem is one of definition. Neither the Indian Penal Code ('IPC') nor the Information Technology Act, 2000 ('IT Act'), define what 'Obscenity' is.

"Section 292 of the IPC and section 67 of the IT Act, (which corresponds to section 292 of the IPC) explain 'obscenity' to mean anything, which is lascivious or appeals to the prurient interest, or if its effect is to deprave and corrupt persons," Dholakia says. This doesn't mean that pornography can be freely sold or distributed by simply camouflaging its physical appearance.

"The fact that the content of such a product/ article is 'obscene', [means] it will fall certainly within the purview of Section 292 of the Indian Penal Code and hence [it is] illegal in India," he says. 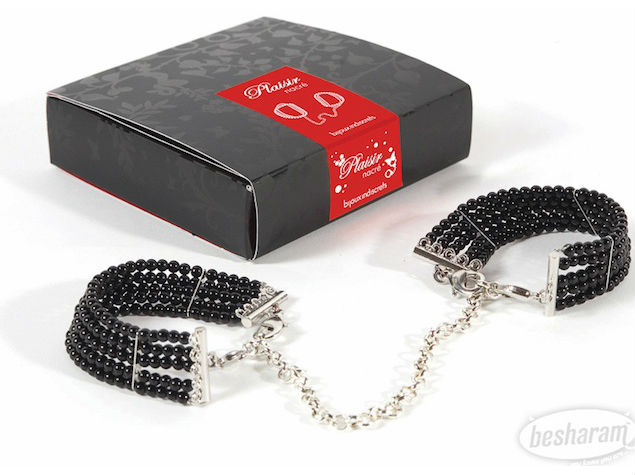 Discreet packages, big orders
The legal aspects are a little confusing, but there's no confusion in the orders pouring in on a daily basis. Saraiya says that the Indian market is in the age group of 18-35 with the majority of the audience being 24-35 years old.

"Our biggest market is Delhi, followed by Mumbai, Bangalore, Pune, Hyderabad, Calcutta and Chandigarh," he says. "We also found that the ratio of men shopping to that of women is 60:40. Our major audience is in the metros, [but] it is the smaller cities where the order sizes are bigger and growing. For instance an order from the metro might be valued at Rs. 1,500 but one from a tier-two city would be anywhere between Rs. 4,000-5,000."

It is a thought echoed by Reddy who says that basket sizes from the smaller cities outdo the ones from the bigger ones by a comfortable margin.

In general, according to Reddy, price has not been a deterrent. He said that most of the sex toys or sexual wellness products are imported directly from the US or countries in Europe and carry a steep price tag, but still sell well.

Even though the market is growing, the retailers had one unusual problem - paying customs duties. The retailers have to first convince the custom authorities that the products are completely safe and not illegal.

"At times, custom authorities themselves are perplexed at what categories certain products fall under," says Saraiya. "For instance an edible body paint had the customs guys perplexed because they wondered whether it was a paint, or a food item or a cosmetic. Each of which had a different import duty. Eventually they allowed us to sell the products after we convinced them there was nothing illegal or unhygienic about it."

Dholakia makes another point regarding the sales. "Any product can still be deemed illegal if it is marketed or packaged in an obscene manner," he says. "However it becomes a marketing nightmare if a retailer has to sell a product without describing it or even showing how it looks. I will not say they [retailers] are scared, but everyone does exercise caution when it comes to displaying these products on the site."

Despite the market growing both in the metros and the smaller cities, and despite both men and women coming up and out into the open when it comes to talking and purchasing these products, there is a lot of work to be done.

"One of the biggest challenges is getting to people," says Dholakia. "Marketing offline is not a very good idea because it could end up involving hurting the sentiments of people or a certain section of society. Online advertising too is limited and only so much can be done by the retailers in trying to reach out to the audience without looking obscene."

Even as the online space is heating up, Saraiya hopes That's Personal can retail offline too.

"Even a simple product as an intimate area shaving cream for women, doesn't find takers off a pharmacy rack, for the fear of embarrassment and societal judging policies," he says. "If the same product however were to be available in a beauty parlour frequented by a girl or woman it would be a lot more easier for them to purchase the same. The industry is set to grow to Rs. 9,000 crores by 2020, and it is very plausible that India too contributes to it. The only question is reaching out to people in a manner in which they are comfortable in buying the products and confident in using them."