The 10 Most Acquisitive Indian Startups in 2015 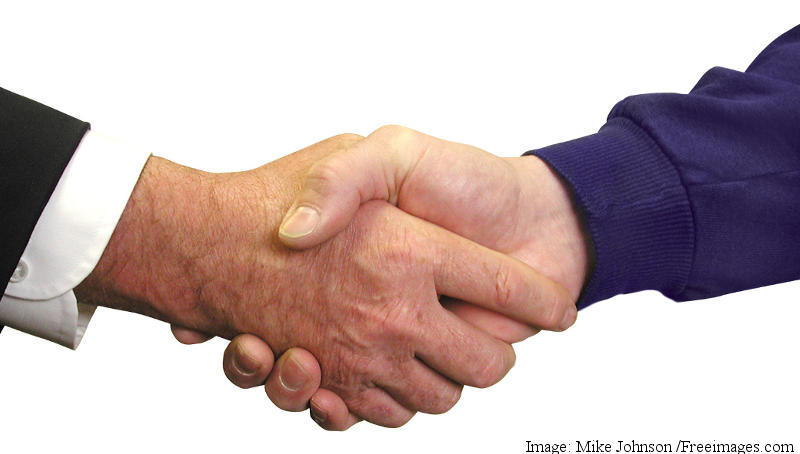 India's startup ecosystem saw plenty of high profile layoffs, stalled startups, and rumoured acquisitions, with a narrative built around a funding winter, brought upon by the the crash of the Chinese stock market in June 2015.

According to stats provided by VCCedge.com, a financial research platform for private markets, there were a total of 224 mergers and acquisitions from January 2015 to December, worth $2139.41 million (roughly Rs. 14,280 crores), out of which, only the values for 40 were disclosed. Out of these, 157 were domestic, while 30 were inbound, that is, stake purchases in Indian startups or Indian-owned foreign assets by overseas entities. There were a total of 37 outbound deals, where Indian companies made investments internationally.

As for the deals that have been inked, startup data-tracker Tracxn sent in a list of over 120 Indian Internet companies that got acquired this year, out of which deal values for only 13 were disclosed. Here's an overview of the most acquisitive startups from India this year.

1) Snapdeal
Snapdeal's acquisition of FreeCharge, at a reported valuation of $400 million (roughly Rs. 2,681 crores) in April this year was one of the biggest in the history of the Internet industry in India. Snapdeal's execution of its string of pearls strategy was built upon its acquisition Unicommerce, a provider of multi channel order fulfillment software provider, and RupeePower, a digital distribution platform for financial products in March. In May, it acquired mobile technology startup, MartMobi, LetsGoMo Labs, a mobility solutions company in June, and Reduce Data in September this year, which was eventually used to launch its Ads platform.

2) Ola
Ola's acquisition of TaxiForSure in March helped fend off a potential competitor in the cab aggregation space. Following the acquisition, its operations were merged into Ola's app, the TaxiForSure founders quit a month later. The app hasn't been updated since August this year, and is seeing a spate of 1-star ratings on Google Play. Ola also acquired trip planning company Geotagg and a minority stake in Zipcash to foray into mobile wallets. 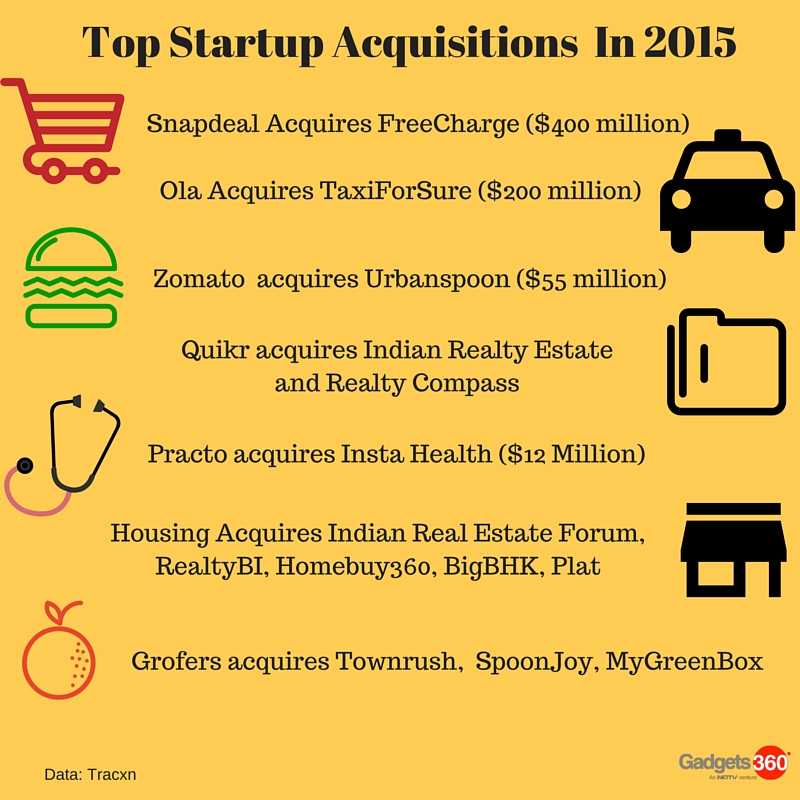 Others
According to inputs provided by Tracxn, the second biggest acquisition this year was the purchase of the GI Technology in October this year by German payments company Wirecard, at $254 million (roughly Rs. 2,670 crores). In the food tech sector, Foodpanda acquired JustEat in February.Other highlights include Twitter's acquisition of Bengaluru-based missed call marketing platform Zipdial.