Vestager will be quizzed Tuesday by lawmakers who must approve her to become a vice-president of the European Commission. 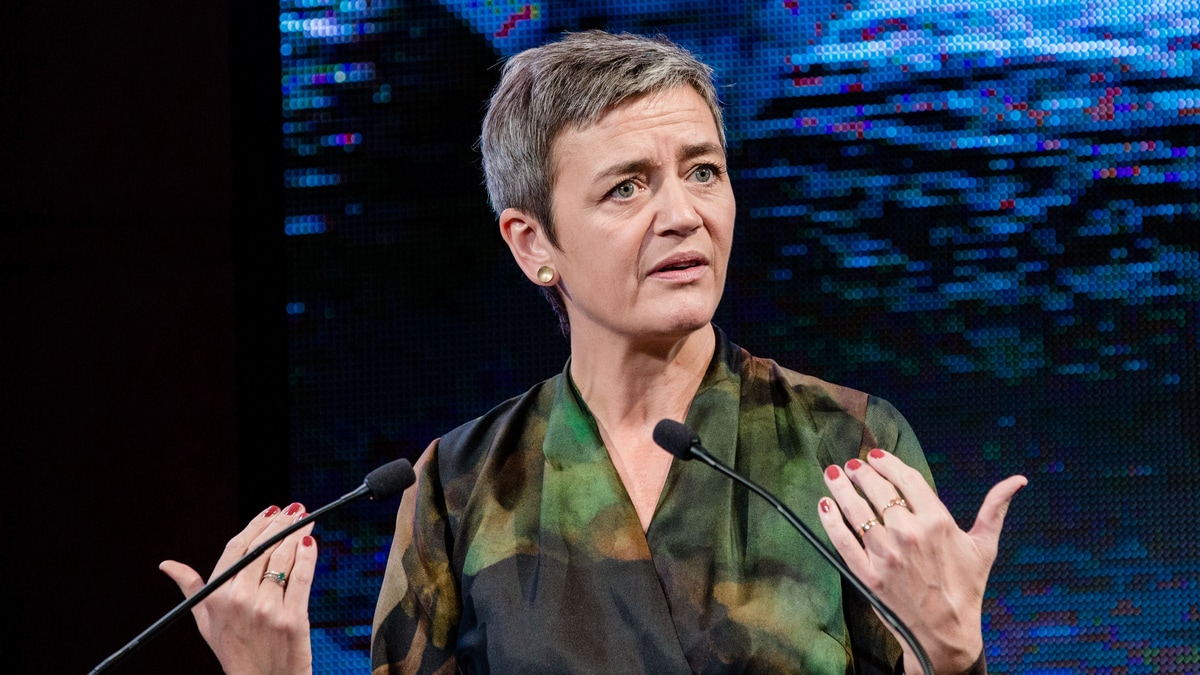 One of Europe's most powerful female regulators is expected to ace an interview for a job that will equip her with greater weaponry to take on the Silicon Valley giants that already fear her.

Margrethe Vestager, the European Union's antitrust chief, will be quizzed Tuesday by European lawmakers who must approve her to become a vice-president of the European Commission from November 1, tasked with making "a Europe fit for the digital age."

That will give her oversight of the bloc's tech policies on everything from artificial intelligence, liability rules that may set red lines for how Internet platforms do business and a potential tax on digital companies.

That extra firepower in a new five-year term adds to her already hefty role as antitrust enforcer, where she has unusual autonomy to take decisions without leaning to political pressure, including a massive back-tax bill for Apple, billions of euros in fines for Google and a veto for a prized French-German rail deal.

"She knows how to answer hard questions," said Andreas Schwab, a German lawmaker who will question Vestager about how she plans to handle a European push for competition enforcers to pay more heed to industrial policy. "She will do an excellent job" at the hearing and there's no real doubt that she'll win European Parliament backing, he said.

Vestager has built a good track record with lawmakers who praise her efforts to tackle big tech, said Livia Solange West, managing director of Brussels consultancy The Vectory. Vestager will join a chorus of politicians and business people saying "that competition law cannot solve all the problems in digital markets and that regulation is required," she said.

The dual role potentially puts Vestager in a difficult position, Mathew Heim, a research fellow at the Bruegel think tank, said in a blog post.

"It is foreseeable that the desire to promote the EU's strategic interest may influence competition enforcement," Heim said. Does a digital policy chief "fulfil the mandate to boost European digital leadership or sovereignty if, as competition commissioner, they took the decision to prohibit the merger of 'European champions' or they permitted a non-European firm acquiring next-generation technology developed in Europe?"

Vestager may also lay out what she plans to do to address worries that Europe is falling behind in technological innovation. In her first few months on the job, she will have to race to meet a pledge by the new commission to propose new rules for the ethical development of artificial intelligence within the first 100 days of taking office. Such ethical standards might have to apply to any American or Asian AI services sold in Europe.

Vestager has already indicated extending consumer product safety and liability legislation to digital assistants and other smart products, she said in written responses to European lawmakers last week. She'll also be in charge of rules for web platforms as they come under pressure to take proactive measures against illegal content.

For big tech firms, the Dane will be both the judge of any anti-competitive behaviour in the past and the arbiter of what they'll be allowed to do in the future.