SXSW: Startups Vying for Hype at Tech Festival That Made Twitter Famous 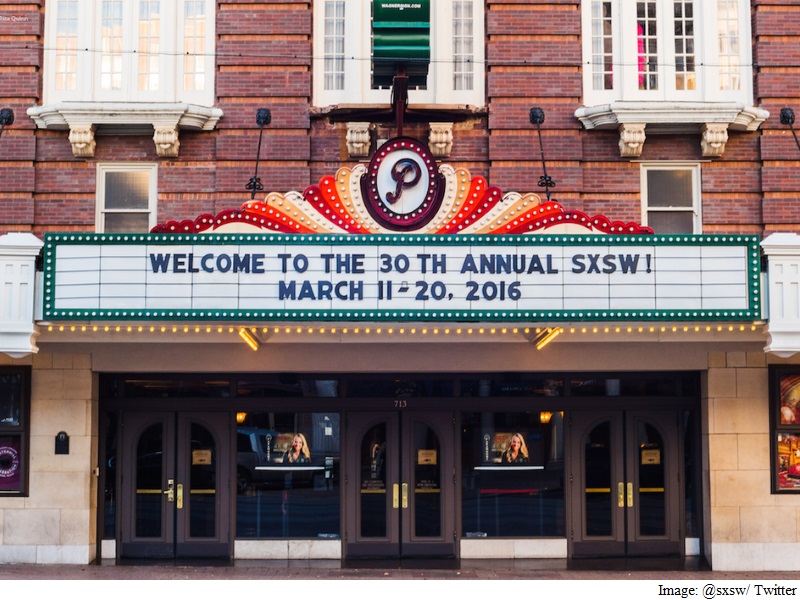 They're there to check out new products, hear a little music, schmooze, and anoint the next hot app. Twitter caught fire at South by Southwest, and the conference helped mark Airbnb as a potentially industry-shaping idea. Several startups have been toiling for months, hoping the festival, which started Friday, will be the fuel that launches them into the rare air of cultural phenomena.

The makers of Anchor, a new mobile audio app billing itself as "radio by the people," see the festival as a kind of coming-out party. Anchor acts as an audio message board. People record themselves, publish their voices to the masses, and then hopefully receive a flurry of public audio replies (called waves)-all within Anchor's application.

"It's the first opportunity that we've had where there will be a bunch of people all in the same place," said Michael Mignano, the four-person company's chief executive officer. Mignano has personally asked presenters at South by Southwest-he won't say who-to jump on Anchor and answer questions after they get off stage. "You come out of a talk; you come out of a party; and maybe you drop a wave on Anchor."

Mignano explains that he thinks Anchor is a good digital place to participate in live digital question and answer sessions, and to gossip out loud about the best place for free drinks in Austin.

The founders of Product Hunt, an online bulletin board for discussing new apps, podcasts, and other products, adore it. "It's certainly one to watch," said Ryan Hoover, Product Hunt's co-founder. Many apps, including Anchor, have first publicly declared their existence on Product Hunt, a forum filled with early adopters and app philosophizers. But Hoover, who has become a bit of a buzzy app oracle, has developed a particular soft spot for Anchor. "I'm definitely planning to use it."

Other apps clamoring for stardom include food livestreaming app Nom, which will be hosting cooking events in Austin, and MeWe, an app that allows you to send disappearing, encrypted messages to your friends. MeWe plans to distribute condoms to conference goers emblazoned with its logo and a reminder to "Practice Safe Sharing."

Because South by Southwest is more than just a tech conference-it's also a giant music concert, and a tastemaking film festival, and media circus-startups face steep competition for attention.

The path home from Austin is not always paved with gold. As Y Combinator President Sam Altman put it in an email, "It is empirically a good place to launch apps for the kind of people who go to conferences all of the time, though it's been uneven in terms of how well that translates to the rest of the world."

Gowalla, Foursquare and Highlight are all apps that enraptured early adopters in years past, only to see their businesses later lose some of their luster. Last year was Meerkat's moment, but the live video app fell out of vogue soon after the party in Austin ended, partially as a result of Twitter's acquisition of its competitor Periscope.

Some attendees are approaching this year with more caution. South by Southwest is "a glimpse of how we might connect and communicate," said venture capitalist Josh Elman, an investor in the 2015 South by Southwest sensation Meerkat. "It doesn't mean you go home from South By and continue on that trajectory."

And some investors are staying home altogether. "I'm not going this year," said Jeremy Liew, an investor in Snapchat. "I think as Meerkat demonstrated, you can get false signals from South By."