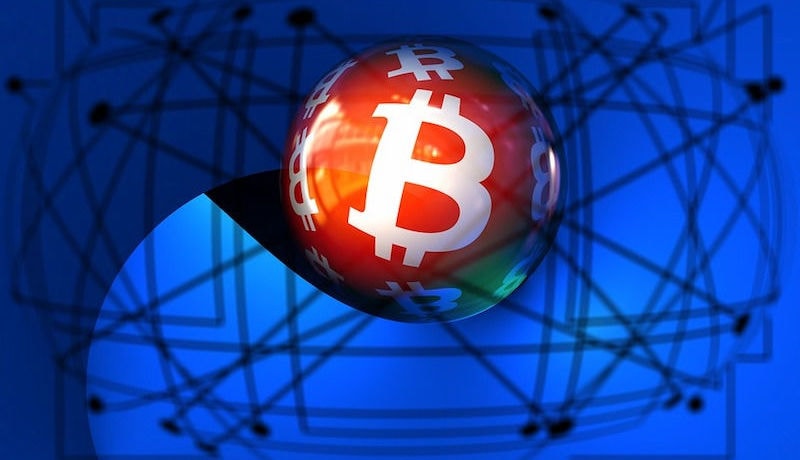 Bitcoin "miners" who use rows of computers whirring at the same time to produce virtual currencies began taking root along New York's northern border a couple of years ago to tap into some of the nation's cheapest hydroelectric power, offering an air of Silicon Valley sophistication to this often-snowy region.

But as the once-high-flying Bitcoin market has waned, so too has the enthusiasm for Bitcoin miners. Mining operations with stacks of servers suck up so much electricity that they are in some cases causing power rates to spike for ordinary customers. And some officials question whether it's all worth it for the relatively few jobs created.

"We don't want someone coming in, taking our resources, not creating the jobs they professed to create and then disappear," said Tim Currier, mayor of Massena, a village just south of the Canadian border, where Bitcoin operator Coinmint recently announced plans to use the old aluminum plant site for a mining operation that would require 400 megawatts - roughly enough to power 300,000 homes at once.

In Plattsburgh, where two cryptocurrency operations have been blamed for spiking electricity rates, the prospect of more cryptocurrency miners plugging in spooked officials enough in March to enact an 18-month moratorium on new operations. The small border village of Rouses Point also is holding off on approving new server farms and Lake Placid is considering a moratorium.

For local officials, the power struggle has been a crash course in the esoteric Bitcoin mining business in which miners earn Bitcoins by making complex calculations that verify transactions on the digital currency's public ledger.

Since it often uses hundreds of computers that throw off tremendous heat and burn a lot of power, it has tended to gravitate towards cooler places with cheap electricity, such as geothermal-rich Iceland or along the Columbia River region of Washington state.

The stretch of New York near the Canadian border similarly fits the bill. Cheap hydropower from a dam spanning the St. Lawrence River is doled out by a state authority to local businesses that promise to create jobs. Additionally, some municipalities such as Massena and Plattsburgh receive cheap electricity from a separate hydropower project near Niagara Falls.

In Plattsburgh, electricity is so cheap most residents use it instead of oil or wood to heat their homes. The couple of commercial cryptocurrency mines here can get an industrial rate of about 3 cents per kilowatt-hour - less than half the national average.

But Plattsburgh Mayor Colin Read said its largest operator, Coinmint, which has two plants employing 20 or fewer people, can consume about 10 percent of Plattsburgh's 104-megawatt cheap electricity quota. When the city exceeded its allocation like it did this winter, customers ended up paying $10 to $30 more a month for the extra electricity. For a major employer like Mold-Rite Plastics plant, it cost them at least $15,000 (roughly Rs. 10 lakhs) in February.

State regulators have since given municipal utilities the ability to charge higher rates to cryptocurrency miners. At least one Bitcoin miner in Plattsburgh says he's working with the city on solutions to the power worries.

Ryan Brienza, founder and CEO of the hosting company Zafra, said those could include mining on behalf of the city for an hour a day or harnessing the heat from mining computers to warm up large spaces.

While the direct number of jobs associated with mines can be small, Brienza said they can bring revenue, investments and talent to the city while employing local contractors.

"It can start snowballing," Brienza said.

Coinmint's plans for a new plant in Massena, for example, come with a promise of 150 jobs. That's welcome in an area that in the past decade has suffered though the loss of aluminium-making jobs and the closure of a General Motors powertrain plant.

Coinmint had asked for a cheap power allocation from the New York Power Authority for Massena for part of its energy needs, but that request was deferred.

The power authority has separately enacted its own moratorium on allocating hydropower to cryptocurrency operations - mirroring municipalities that have effectively pushed the "pause" button on a rush of miners coming in.

Coinmint representatives said this month they hope to begin the Massena operation in the second part of this year. The company stressed that mines can be a good fit for this job-hungry area.

"They're also going to get substantially more efficient over time," said Coinmint spokesman Kyle Carlton. "So to the extent that Plattsburgh or Massena or anybody else can get in on that and establish themselves on the ground floor, I think that's going to help those cities to be successful."