Podcasting in India - Finding Our Very Own 'Serial' 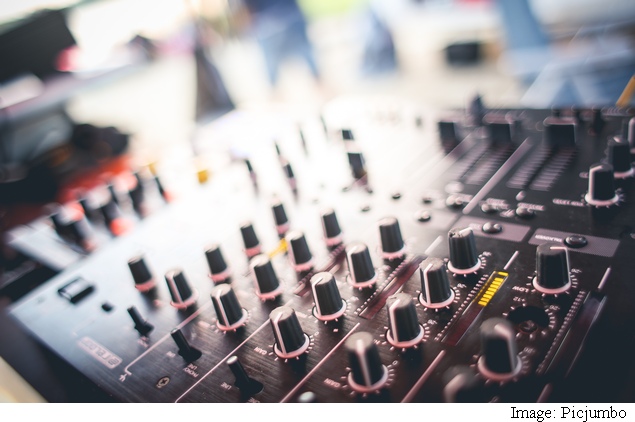 The massive success of Serial, a Peabody Award-winning American podcast that investigated a 1999 case where a teenager was convicted of murdering his ex-girlfriend, raised the medium's popularity a lot in America and beyond. The US and Europe are places where talk radio has been a part of pop culture for many years, unlike in India. Our FM channels are almost entirely about music and that has prevented talk radio from becoming as popular as it is abroad. Technology is bringing change however, and the slowly growing popularity of podcasting in India shows how this could change.

A few high-quality podcasts are now being produced in India. The rise of Internet connectivity and smartphones gives the medium the launchpad it didn't have before. We spoke to this new breed of Indian podcasters who produce professional-grade talk shows to understand whether the medium will ever go mainstream in the country.

The culture of talk radio
Rajesh Tahil, co-founder of a podcast network called Audiomatic says public radio is the biggest reason behind the popularity of podcasts abroad.

"In India spectrum is a highly priced commodity that goes to the highest bidder. When they've paid so much for a licence, [FM channels] tend to play [popular] songs to draw an audience," Tahil says. The US has many more FM stations and the competition ensures that not all stations are trying to play the top 20 songs, he says.

Therein lies the big window of opportunity for Audiomatic, Tahil believes. "We know FM channels won't do what we do," he says, saying the decision is to serve "interest areas [that are] currently not serviced". 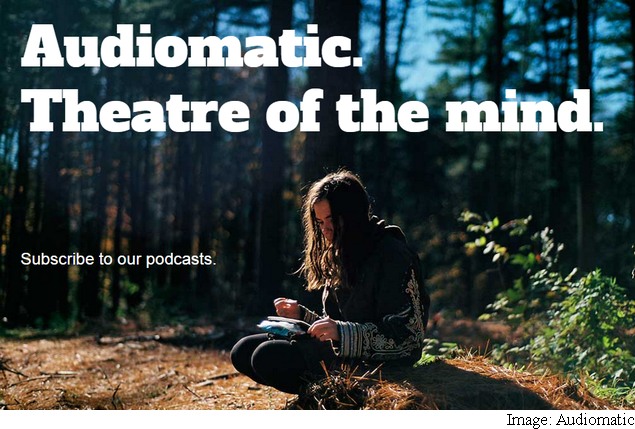 True enough, Audiomatic's podcasts are unlike anything you'll hear on Indian radio. One of its shows, called The Intersection, delves into stories about science and culture. Hosted by journalists Padmaparna Ghosh and Samanth Subramanian, the fortnightly podcast has told stories such as that of the extremely rare Bombay blood group and the 41 frogs species discovered in the Western Ghats in 2014.

Another podcast, called The Real Food Podcast, is a haven for foodies. If you love mangoes, you will love its first episode where host Vikram Doctor talks about the Alphonso mango and why it's so popular. Audiomatic's podcasts are all about storytelling. That's why its top-notch production quality matters and also why each episode lasts around 15 minutes. Tahil says 15 minutes is the sweet spot where each episode has just enough content that people can listen to without losing interest.

Tahil is talking about Audiomatic's mostly Indian audience, but each episode of successful podcasts abroad lasts a lot longer than 15 minutes with the range being 30 minutes to around two hours. In India, it is possible that shorter episodes may attract people who aren't used to listening to podcasts. However, the length of a podcast doesn't seem to deter listeners abroad as long as the episode is interesting enough.

While anyone with a basic headset and free sound recording apps can record a podcast, the sound quality of such shows would leave a lot to be desired. Good production quality does help keep the audience hooked and even the independent podcasts mentioned above sound as good as professional radio shows. Dan Benjamin, the founder of independent podcast network 5by5, describes the process in detail over at Podcast Method.

The part which requires the most attention is content. If a podcast doesn't have a topic that's interesting or well-researched, then high production quality doesn't mean much. Serial required over a year of investigative reporting and fact-checking by journalist Sarah Koenig and her colleagues. The podcast has all the ingredients of a professional radio broadcast. Koenig's narration makes the show sounds like she's talking individually to each listener. The show also has excellent background music and the producers knew exactly when to use sound effects. Even the sponsor read for email marketing service MailChimp went viral.

Tahil says storytelling is the most important part of Audiomatic's podcasts.

"There is the content side and the production side [to recording a podcast]," he explains. "The content team does the news gathering and research, while the production team handles editing, sequencing, sound effects, etc."

"Storytelling is the most important part. It's what gets people hooked to the show." Tahil says, adding that the network looks for high-quality talent who can do the research and present the shows. When they're interviewing subjects outside their studio, the use the portable Zoom H2n recorders. Their shows are recorded is in professional studios and edited using Sony's Movie Studio Platinum software.

Going independent
Some of the most popular podcasts globally are affiliated to the big public radio networks or online-only podcast networks such as 5by5 and Relay.fm, which gives them access to a big audience. Joining podcast networks also takes some of the load of production and sponsorships off the shoulders of independent podcasters. With the networks hosting the podcasts and handling sponsorships, it becomes easier for independent podcasters to focus on the content. However, many famous podcasters abroad have no such affiliations. Independent shows such as Accidental Tech Podcast, and The Football Ramble, among many others, have a big audience. This is exactly what Indian podcasters are also hoping to achieve. 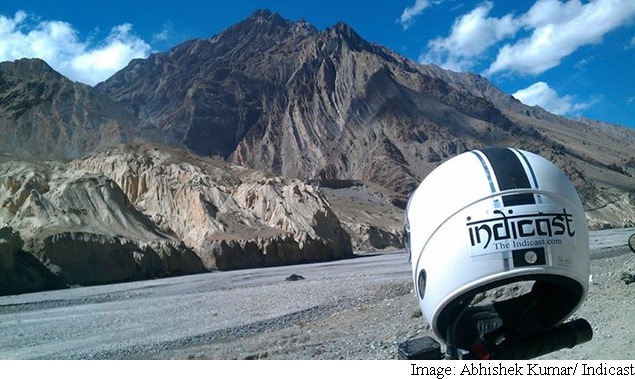 Two Indian podcasters have been airing their voices online for almost a decade. Indicast is a podcast network that has been active since October 2005. The main show on the network is called The Indicast Show and is hosted by Aditya Mhatre and Abhishek Kumar. The pair discuss a wide range of topics from the recent Yemen hostage situation to India's performance at the ICC Cricket World Cup 2015.

Indicast has just under 1 million downloads overall, which is a big number for an independent podcast by two amateurs.

"We began Indicast, a month after Apple released podcasts on iTunes back in October 2005,"says Kumar. "At the time I didn't know what a podcast was. I was more worried about meeting my targets at Godrej where my job was to sell air conditioners in Pune and rest of Maharashtra."

Co-host Mhatre introduced him to podcasts. "Aditya [Mhatre] was in the US working with Pitney Bowes. He called me and said that this podcasting thing is pretty cool out here (in the US) and that we should give it a go for an Indian audience," says Kumar.

Mhatre's encouragement, and the fact that Kumar thought blogging was too much effort, led to the duo starting Indicast. "We tried to keep it simple: pick current affairs, research on them, log on to Skype and hit the record button," says Kumar. "Neither of us knew what the other person will come up with and that was the idea."

Indicast began as a fun side project and the co-hosts were thrilled when the podcast was featured on the 'New and Noteworthy' section on iTunes.

"It gave us bit of a spike in downloads. But it was just a hobby and we didn't care about the numbers," says Kumar. A decade later, it remains a side-project, with limited revenues, though the duo has been able to form partnerships with some sponsors in the past. It's not enough to become a full time job for now though.

Another Indian podcast whose founders don't care about numbers is SynTalk, short for Synthesis Talk. Founder Jyoti Narula Ranjan describes SynTalk as "a freewheeling interdisciplinary talk show with a philosophical approach to understanding the world from a long term perspective." SynTalk's focus is on philosophical discussions, but each episode doesn't limit itself to one topic or field. This show is almost like a stream of consciousness novel, which wanders like the thoughts in your mind. Discussions range "from quantum vacuum, to poison, to naming to cellphones to death".

Ranjan says SynTalk is run by a group of volunteers who are passionate about the subjects discussed on the show. This podcast relies heavily on guest speakers dubbed SynTalkrs. Ranjan says, "We have a growing list of about 2,500 SynTalkrs now across a wide range of disciplines from chess to tantric studies."

While she didn't reveal the number of people who listen to the show, Ranjan said a significant chunk of SynTalk "Lysynners" are based outside India. "About 30-40% of our Lysynners currently are overseas (USA, UK, Canada primarily) and we have now have people tuning in sporadically from nearly 40 countries. Our current Lysynner base is modest but we are adding dozens everyday," she said.

What's a podcast?
The biggest hurdle Indian podcasters face is in the name of the medium itself. Utter the word podcast in public and you'll be met with confused faces. The term sounds complex for what's essentially just like a radio show. A podcast is just recorded audio on the Internet that you can download and listen to or stream. People however are often unfamiliar with the term, and thus find it daunting.

"When you bring up this word 'podcast' in a conversation, you pause to get the reaction of the listener and if he looks clueless, you just explain it in 10 seconds,"says Indicast's Kumar. His 10 second explanation is, "[a podcast is] an interesting conversation that you record and upload for listeners to download and comment."

Audiomatic's Tahil says the network is initially targeting only those who know what a podcast is. He says that one of their campaigns is to tell people what a podcast is in order to gain an audience. SynTalk's Ranjan isn't worried about this problem.

"As a rule, no one has heard of podcasts... It does not bother us because we believe that oral Internet is the future," she says. "We are building SynTalk with an eye on 2200 AD. It is quite likely that thousands of conversations will live longer than static pictures or images or words. Audio ages very well." 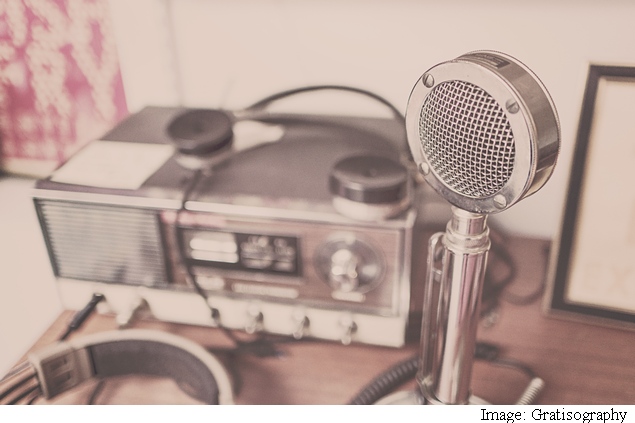 The other big hurdle is the obvious one - money. Most podcasts across the world rely on advertising for revenue. Because the host reads out the sponsorship, it gives the ads a personal touch that most other forms of commercials don't get. Getting sponsorship when the market for podcasts is nascent is tough. Cyrus Says is one of the rare examples of an Indian podcast featuring sponsors, and we suspect that could be because the host Cyrus Broacha is a well-known TV personality.

Indicast is a part-time occupation for its hosts and so far they haven't had many sponsorships or interest from investors. Abhishek says, "So when someone asks us, 'Do you have a revenue model?' we tell them that yes, we do have a revenue model but no revenues. Well, that's not entirely true as of the last five years. Our tie-up with Forbes India [for a podcast where they discuss the magazine's cover story with its author] is a source of income and in the past we have also tied up with Kotak bank and another small law firm."

Sponsorships go against SynTalk's principles and it firmly remains a volunteer-funded podcast. "There have been about half a dozen curious inbound [sponsorship-related] inquiries from global universities and investors. We are not interested in money. We will never play with the purity of the SynTalk conversation and there is no chance of having ad supported content ever," Ranjan says. She adds, "We want SynTalk to be valuable and important, but do not confuse revenue for value. That would certainly be a mistake."

Audiomatic, having begun only a month ago, is looking to widen its audience base in order to draw sponsors. Tahil told us that any kind of digital medium attracts advertiser interest in India, but "the audience has to come first".