PM WANI will allow for setting up interoperable paid public Wi-Fi hotspots across the country. 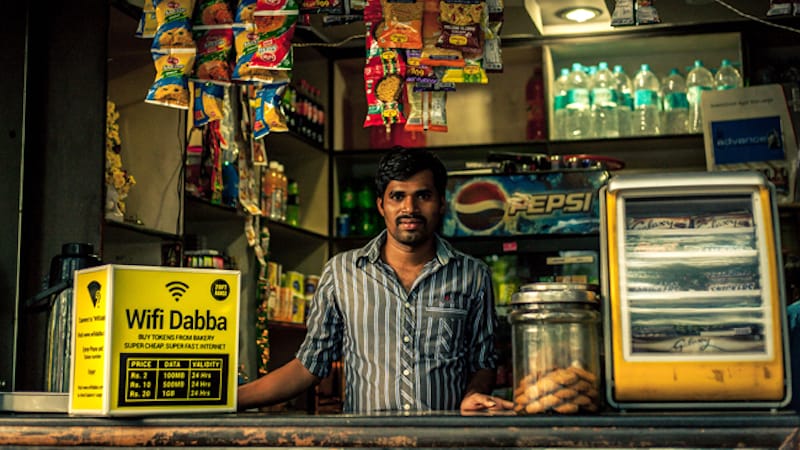 The Public Data Office is modelled after the Public Call Office, or PCO

PM WANI (Prime Minister Wi-Fi Access Network Interface) aims to bring large scale deployment of Wi-Fi hotspots through the country to drive up connectivity options and improve digital access. But can it thrive where many others have met with limited success in the past? Gadgets 360 caught up with Shubhendu Sharma, co-founder and COO of Wifi Dabba, one of the companies that the Telecom Regulatory Authority of India (TRAI) called a leader in bringing WANI compatibility, to get an insider's view about the upcoming project, how it's supposed to work, and what one can expect.

“We started working on this since 2017, when we were working on getting our ISP license,” Sharma told Gadgets 360. “We realised that a license won't help scale the rollout of Wi-Fi broadband, and so when we heard about this plan, we were very interested and got involved. Now, anybody and everybody can resell the Internet bandwidth on their router.”

Wifi Dabba launched its public Wi-Fi business in 2018 as an ISP. In many ways, its business model is in line with the plans the government has — it installs custom routers in small shops and kiosks, to provide Wi-Fi connections for the neighbourhood that people could buy in sachet packs of as low as a few rupees.

How Wifi Dabba Is Offering Internet Access for a Day at Rs. 2

In a tweet on Wednesday, Prime Minister Narendra Modi talked about significantly improving Wi-Fi availability in India, writing that “The scheme would enable our small shopkeepers to provide Wi-Fi service. This will boost incomes as well as ensure our youth gets seamless Internet connectivity.”

On PM Modi's website, further details of the scheme were explained, showing how access is delivered through a Public Data Office (PDO), along the lines of a PCO. In such a scenario, a company like Wifi Dabba, which sets up the Wi-Fi network would be a PDO Aggregator, and all these PDOs would be interoperable, across different aggregators too.

Not the first attempt

Although the announcement generated a lot of interest, this is not the first time that a public Wi-Fi rollout has been tried in India. Google and Facebook have both attempted this before. Facebook launched Express Wifi which it shut down as it barely made an impact in the market, while Google had partnered with RailTel to offer free Wi-Fi at railway stations across the country before expanding in 2018, but it shut that program down in earlier this year.

"As we look to the next phase of enabling access, it's clear that since we started five years ago, getting online has become much simpler and cheaper. Mobile data plans have become more affordable and mobile connectivity is improving globally. India, specifically now has among the cheapest mobile data per GB in the world, with mobile data prices having reduced by 95 percent in the last five years, as per TRAI in 2019. Today, Indian users consume close to 10GB of data, each month, on average. And similar to what the Indian government did, several governments and local entities have kicked off their own initiatives to provide easier, cost-effective access to the Internet for everyone," Google wrote in a blog post at the time.

Airtel, Vodafone, and Reliance Jio also had plans to build out public Wi-Fi which would be used to decongest their networks as well, but while mobile subscriptions have grown in leaps and bounds since 2016, the numbers for public Wi-Fi hotspots have not kept pace in the same way. As 4G has become cheap and widely accessible, is there still a need to drive Wi-Fi in this manner, rather than the “leapfrogging” of technology that people have frequently talked about in the context of India?

Three years in the making

“Now, if you have the right software on your router, you can resell the data,” said Sharma. “Any shopkeeper can now set up public Wi-Fi and earn revenue from it. This is the premise of this document, this policy change. So we hope more people like Wifi Dabba will come forward and set up the public Wi-Fi hotspots.”

“The whole framework that has been created has to be seen as similar to UPI, where there is a common body and you register your device on that framework,” he added. “Anyone who is using the WANI app ecosystem will be able to access my router. For a provider, you don't need specialised hardware although you can get routers with everything built in. If you already have hardware you will get the software stack — like accounting software — to run on top of your hardware.”

The User App provider ecosystem will mean that companies like Paytm or Flipkart, which already have users with payment options built into their apps, could also show the user a map of all nearby WANI-compliant hotspots that can be connected to and even automate payments. “The idea is that you have been using a provider in Delhi, and then you travel to Bengaluru for work, and you should be able to — regardless of provider — connect to a Wi-Fi network near you without even knowing about it,” said Sharma.