Facebook, Google, Others Are Part of Wednesday's Net Neutrality 'Day of Action' Protests 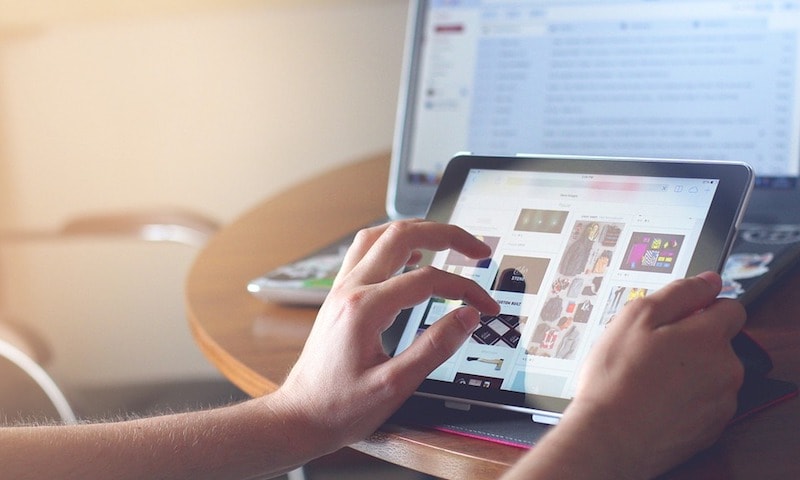 Visitors to Facebook, Google, Netflix and dozens of other websites will likely be greeted Wednesday by a special message about the future of the Internet, as part of a broad campaign by the companies to stop what they say is a threat to the Web as most consumers know it.

In dispute are a set of federal regulations saying that Internet providers should not slow down, block or charge websites extra fees while treating other sites differently. The Federal Communications Commission is currently weighing how to repeal those so-called "net neutrality" rules, in a move that's expected to benefit Internet providers such as Verizon and AT&T.

Internet activists, such as the Internet Association and the Fight for the Future, argue that repealing the FCC's net neutrality rules would give Internet service providers (ISPs) too much power to determine what consumers can and can't see online, and for what price. To that end, they've partnered not only with Google and Netflix but also some of the world's top online applications - including reddit, Airbnb and Spotify - to oppose the FCC's proposed actions. Here's everything you should know about Wednesday's "day of action."

What will we see on these websites?
It's up to each site to decide how far to go - and virtually all of them are mum about what they intend to do - but the participating businesses are expected either to write messages to visitors, or change the look of their homepages or user interfaces, in ways that make it impossible to browse those sites without learning about the issue of net neutrality. Some may post graphics like these that seek to simulate the experience of a "slower" Internet.

Reddit, for example, will be altering its logo and displaying a message from chief executive Steve Huffman to visitors at the top of its homepage, according to a forthcoming company blog post obtained by The Washington Post.

"Net neutrality ensures that the free market - not big cable - picks the winners and losers," wrote the site's co-founder, Alexis Ohanian. "We've been here before, and this time we're facing even worse odds."

What is net neutrality?
Net neutrality is a principle about fairness on the Internet. It holds that no ISP should be able to unfairly manipulate your Internet usage or your experience of the Web, particularly in ways that harm other businesses. Proponents of the FCC's net neutrality rules, which were passed in 2015, say strong regulations are necessary to prevent ISPs from artificially directing customers to sites and applications they control or with whom they share special business relationships. Opponents say the rules are overly burdensome and that softening the rules would help them upgrade their networks.

The rules also ban Internet providers from extracting payments from websites as a condition of having their content delivered to consumers' screens. The rules apply equally to wired and wireless providers, and also allow the FCC to investigate carrier practices that it deems are a potential threat to competition.

The FCC wants to repeal its own rules that were passed two years ago?

That's correct. When President Trump was inaugurated, the FCC passed from Democratic control to Republican. Now, currently with a 2-1 majority, the Republican FCC is seeking to roll back the net neutrality regulations.

"Internet providers should not be able to charge content creators - like Netflix, Hulu, or CNET - more money to stream their service, or have the ability to block others entirely," said Dane Jasper, chief executive of the California-based Internet provider Sonic.

But more broadly, the industry has argued that the net neutrality rules prevent it from finding new ways of making money. At a time when many Internet providers are looking to diversify their revenues by going head-to-head with Google and Facebook's advertising prowess, it's no longer enough simply to provide an onramp to the Internet, analysts say. Increasingly, ISPs such as Verizon are buying up content companies like AOL and Yahoo, while others such as AT&T are moving decisively into television programming.

Net Neutrality Fight May Already Be Over, According to These US Tech Chiefs

The net neutrality rules, they say, inhibit the development of new business models that let them adapt to the market. And they argue that the regulation causes them to spend less money upgrading their networks to be faster and more reliable.

How are Internet providers responding to the day of action?
Some industry-backed groups have bought advertising space in publications such as The Verge, Axios and Recode in order to promote their view of the issue.

One such group, Broadband for America, is saying the FCC rules should be replaced by congressional legislation mandating net neutrality. Other ISPs are expected to respond on social media. USTelecom, an industry association, said that while it opposes the FCC's implementation of net neutrality, it is supportive of the concept in principle.

What is "Title II"?
Consumer advocates say that Title II of the Communications Act is the only thing that makes the FCC's rules enforceable against Internet providers. Title II is the same law that the FCC uses to regulate traditional telephone companies; by deciding in 2015 to regulate ISPs using Title II, the FCC put Internet providers under some of the same obligations as phone companies.

The decision was highly controversial, analysts say, because ISPs feared it could allow the FCC to directly regulate the price of Internet access someday. While that day hasn't arrived, that hasn't stopped groups like USTelecom from filing a lawsuit to block the net neutrality rules. There's a possibility that suit may reach the Supreme Court, but the FCC has a chance before then to repeal the net neutrality rules.

What happens next?
The FCC is currently accepting public comments on its net neutrality repeal proposal, and will be doing so until mid-August. Then, the agency's commissioners will develop a final draft and vote on it, perhaps later this year or even beyond. The decision becomes official once it makes it into the Federal Register - though supporters of the regulation are widely expected to file their own lawsuit challenging the repeal should it go through.

Democrats are hoping to turn net neutrality into a campaign issue. But because the center of gravity currently lies at the FCC and in the courts, not Congress, the implications for individual lawmakers may be relatively few. That could change, however, if Congress moves more actively to grapple with a net neutrality bill.