Microsoft Sees India's Diversity as a Boon for Its AI Efforts 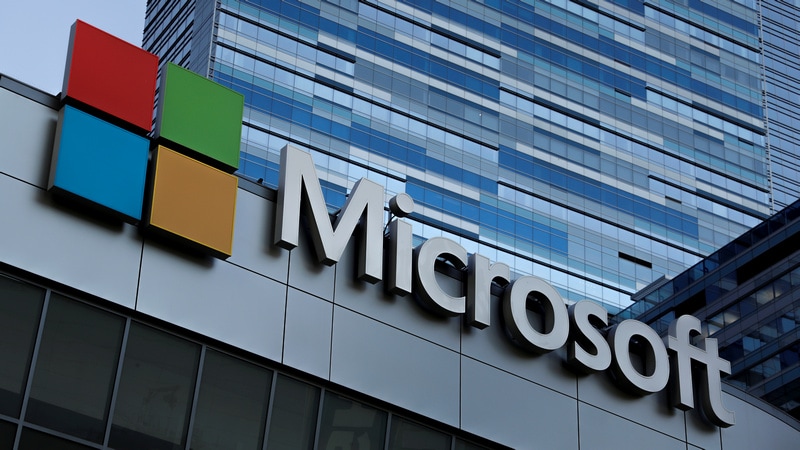 According to an IDC report, cognitive and AI spending worldwide will hit $52.2 billion (roughly Rs. 3.9 lakh crores) in 2021 and achieve a compound annual growth rate of 46.2 percent over the 2016-2021 forecast period. This represents a massive growth opportunity for the likes of Microsoft in terms of adoption of its AI models by enterprises in India and across the globe. While the opportunity is indeed huge, a market as diverse as India, comes with its series of unique challenges.

“India represents two vectors of importance,” says Sundar Srinivasan, General Manager, AI and Research, Microsoft India Development Centre, in a telephonic conversation with Gadgets 360. “One, of course, is that we have a huge demographic population in terms of a billion-plus people, and it's a very upwardly mobile kind of inspirational profile.”

“But also what India represents to us is not just a billion-plus population, it also represents very unique characteristics. Nowhere [else] in the world, you'll have this multitude of hundreds of languages, dialects, how people talk, and even how they dress — everything is very, very different.”

Srinivasan argues that while a large number of companies are building their native AI models nowadays, Microsoft started working on AI several years ago. “Some of our researchers have been working on AI for more than two decades now — that's where when AI wasn't considered cool at all,” he acclaims.

At present, Microsoft is developing AI across fields like language, vision, translation, speech, machine reading, as well as comprehension. Srinivasan tells Gadgets 360 that the company is aiming to bring AI-powered solutions across these fields to all Indian users.

“Everything from how we look, how we talk, and how we interact, there is a lot of I would say culture-specific things in India,” states Srinivasan. “That's what we believe is really important to be addressed — not just for the sake of localising for India but also because we believe that this plays a critical role in India's evolution as well.”

India wasn't at the forefront during the rise of personal computing in the 90s, but with the swift growth of mobile devices in the country, a large number of Indians are now connected to the Internet. The penetration of Internet access has opened avenues for companies like Microsoft to bring new experiences and fulfil the ongoing demands.

Srinivasan highlights that while 400 to 500 million people in India already have Internet access in one way or another, the remaining population that isn't connected to the Web is also highly anticipating its entry into the new era.

“We're talking about people living in tier-III and tier-IV places, probably who aren't English speaking but they're equally capable and hungry and have high aspirations,” the executive notes. “How we can help them use and leverage the power of the Internet, in terms of making their lives better.”

“That means not just giving them a phone, but how do they interact and how do they find what they need in terms of information-seeking patterns? How do they leverage the collective power of what others know to help themselves, and how can they kind of communicate with people who are not in their geographical location,” he adds.

States in India have different cultures, languages, as well as dialects. Microsoft tries to consider all these differences while designing its AI models.

In the area of speech, Srinivasan says that the company not just builds models for Hindi, but also for regional languages such as Marathi, Gujarati, Tamil, and Telugu among various others.

“But beyond that, it's also about how do you translate content from one language to another and how does a piece of a written article can help a human being who cannot speak that language to understand that content,” he continues.

“We're working on several applications, and one interesting one where we had to kind of help identify faces, we very quickly realised that the global vision algorithms do not have enough sample set from India,” Srinivasan tells Gadgets 360. “It is because in India, people have turbans, men wear all kinds of headgear, women put their sarees on their heads in their pictures, all kind of variations that don't exist internationally. Having a good data set that will help train these algorithms makes all these AI models applicable in broad ways in India.”

As Microsoft emphasises the use of AI to impact and improve human lives, the company is working with several partners in India to attain its objective. Srinivasan underlines that apart from various startups, entrepreneurs, and individual researchers, the software giant is working with a large number of partners in the healthcare, agriculture, and education sectors.

“We've been able to work with several partners in each of these domains,” he says, adding, “We're helping people — both partners as well as end users through our efforts.”

How Microsoft Is Using AI to Build Technology for India

Among other partners, Srinivasan tells Gadgets 360 that Microsoft is working with the LV Prasad Eye Institute to improve the success rate of eye surgeries. The company also has Apollo Hospitals and several other healthcare institutions on board for cardiac risk assessment.

Similarly, it is working with various radiology partners in the country to help doctors read X-rays using newer technology inputs. The company also in September last year tied up with SRL Diagnostics to expand its "AI Network for Healthcare" programme to help improve cancer detection rates.

“One common thing that you'll see through all of this is the way we do these partnerships because we believe in amplifying human capabilities,” says Srinivasan. “We do not believe that AI should not just be used in isolation, but it also should be helping a professional in doing the right thing.”

Challenges in developing AI for Indians
Microsoft indeed sees AI as a technological advancement to make human lives better. Having said that, given India's cultural diversity, it isn't possible to build one-size-fits-all models.

“We are not very organised as a society,” points out Srinivasan. “So to first get into AI, we have to collect a lot of data. And doing data collection can be expensive.”

Underlining the unorganised structure of the Indian society, Srinivasan says that the traditions in various cultures and subcultures in the country aren't well documented. Giving an instance of South-Central Dravidian language Gondi that Srinivasan says is set to receive its first dictionary — thanks to Microsoft — the executive adds that India represents a very unique challenge of having extremely low resources, but a multitude of languages.

“This is very different from a lot of the western regions,” he says. “If we can solve this problem for some extremely low-resource language, we believe that we'll have the next level of technology breakthroughs where we can now do it for even other countries — anywhere in the world, very, very fast.”

The executive also points out that even with the widely adopted regional languages, there are different dialects that researchers need to consider while designing a particular application. “There are probably tens of those [dialects], if not hundreds,” he says.

“Now what that does is, it imposes a unique constraint to collect data at scale across all of these variants. While we can do it if we had infinite money, the economic aspect of it is not justified. I cannot go and spend hundreds of millions of dollars in trying to get just all kinds of data because it is no economic value per se in doing that. So the challenge here partly from businesses' perspective is that how do you get the data at scale in a way where it is justifiable.”

In addition to different regional languages and their distinct dialects, Microsoft sees the variety of ambient environments in the country as another big challenge.

“In most western countries, the ambient environment, you can feel it as soon as you land at the airport, is really quiet,” says Srinivasan. “But in India, there is a tremendous amount of ambient background — full of noise and chatter. From a technical standpoint, all those things, including a fan running in the background and kids screaming, or somebody going on the road, add to the technical complexity of speech recognition.”

On the speech and translation part, Srinivasan tells Gadgets 360 the diverse grammar in Indian languages proves to be a challenge. “This is not just the syntactic thing, but there is the semantics of grammar,” he explains. “The idiom in Hindi aa bail mujhe maar will not translate into English, if you can imagine. It becomes very complicated to kind of do that.”

That being said, Srinivasan believes that by overcoming the ongoing challenges, Microsoft will be able to move towards semantic intelligence and build a conversational AI. This will also allow the company to go beyond the narrow tasks and broaden the scope towards building a general intelligence — also known as AGI (Artificial General Intelligence) — which involves not just one task but one that performance multiple, connected tasks in a meaningful way.

Differentiating itself from the competition
Companies such as Amazon, Apple, and Google are also working on their AI models to improve their products but Srinivasan believes there are some fundamental ways that differentiate the Redmond-headquartered company.

Srinivasan says that to begin with, Microsoft has a “very strong grounding on some of the principles” used in developing AI.

“We believe in building trust and transparency so we are not generally in ways we're trying to make the user be the product,” he claims. “Our business models are fundamentally different. We think ourselves as a software partner that enables other companies, and we think about it this way that we are using AI to amplify what humans both individuals and companies can achieve.”

Apart from building trust and transparency while building AI, Srinivasan says that Microsoft is focusing a lot on building trustworthy AI as well.

“We have a set of principles, and we're trying to lead some conversations around ethical practices,” the executive highlights. He gives the example of how Microsoft's Chief Counsel Brad Smith, who recently stressed legislation should govern how companies can use facial recognition.

“We are pushing governments as well as creating technology alliances to create ways in which we can build trustworthy AI,” he adds.

The executive accentuates that Microsoft wants to make AI accessible to individuals at organisations and homes without requiring any special capabilities or any consultants. “When I say AI accessible to everyone, this is irrespective of capabilities, age, and gender, with absolutely putting no requirements on you,” he wraps up the conversation.