Kindle Unlimited Is Kind of Limited; Is This Going to Change? 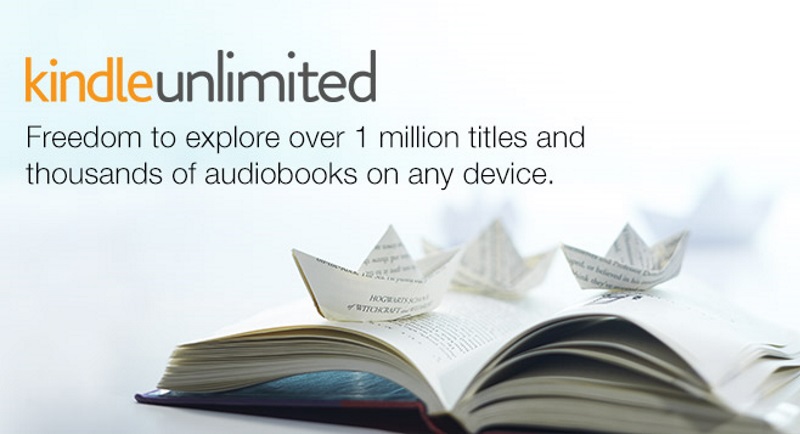 On Wednesday, Amazon India brought its Kindle Unlimited ebook subscription model to India, launching with a one month special rate of Rs. 99, after which it will be available for a monthly rate of Rs. 199, as NDTV Gadgets had earlier exclusively reported.

In terms of pricing, that's an amazing deal for a model that allows you to choose from over a million books, while paying less than what you'd typically pay for one book at a bookstore. There are no limits on how many books you can read either; you can download up to 10 books at a time, but once you've finished reading a book, you can remove it from your devices and read another book in its place. And, speaking of devices, Kindle Unlimited books can be read on the Kindle e-reader, or using its app on Android or iOS, or even on the Web.

But, as they say, "water water everywhere, and not a drop to drink." While most people would be justifiably excited by the prospect of a million free books, finding the ones that you want to read could be a challenge. Sanjeev Jha, Director, Kindle Content, naturally does not agree with this view, and points out that the entire works of Chetan Bhagat, including his newest book, are a part of Kindle Unlimited. As is Immortals of Meluha, by Amish, 13 Steps to Bloody Good Luck by Ashwin Sanghi, and Stay Hungry, Stay Foolish, by Rashmi Bansal.

These are some of the biggest Indian bestsellers, and Jha also points out that popular international bestsellers like the Harry Potter books, or the Hunger Games trilogy, are also on Kindle Unlimited. But you won't find classic like Lolita, and you won't be able to laugh while reading Terry Pratchett's Discworld books on Kindle Unlimited, or track killers with Hercule Poirot.

Bestsellers however, make up only a small segment of the books on Kindle Unlimited; you'll find many obscure names you've never heard of - many of the covers featured brooding men made up entirely of abs - a result of Amazon's Kindle Direct Publishing (KDP) program. Jha says that's because Kindle Unlimited takes the risk out of buying a book, leading to people discovering authors beyond the top five.

"I used to believe that the top five publishers, and the top five authors, those are what would sell, but actually, the indie authors are really big with their dedicated fans," says Jha. "Not many people know this, but of the top 100 ebooks we are selling, around 20 are from KDP."

"The [established] authors are like brands. Brands reduce risk for customers," he adds, "so, if you've read a John Grisham novel, for example, you might be more willing to spend money on another novel of his. What Kindle Unlimited does is takes money out of the equation. So you're more likely to pick up a book, because why not? And that's where digital really makes the difference."

Because Amazon is selling ebooks via Kindle Unlimited, it doesn't have to worry about managing its inventory; in other words, instead of catering to only the best-sellers, it can explore niches in readership. "And because of this, we're increasing readership overall, and making it more likely that people will try out new authors, and even new genres," says Jha. "And we're adding the top 100 books as well, that's why we have authors like Chetan Bhagat and Amish on Kindle Unlimited, it's a process that's continuing."

It's a compelling idea; that while Kindle Unlimited lacks the books that everyone wants, it packs the books that just you want. In practice, for this correspondent and others we were able to speak to, the experience is not quite the same.

If you're browsing, it can be a descent into the lurid world of self-published authors; if you happen to like the books that you see in the list, then Kindle Unlimited is the gift that keeps on giving. But if you need to dig deeper to find things you like, then the experience will be more frustrating.

For Amazon India, the challenge now will be to get more recognisable names onto its platform. Jha recognises this, and he's been meeting with publishers to bring them on board with Kindle Unlimited.

Some companies that have already tied up with Amazon India include Westland, Orient Paperbacks, Jaico, Grapevine, and Srishti Publishers. Srishti in particular is one of India's foremost producers of "cheap-lit", the Rs. 100 novel. It's a category that many people look down on, but the honest truth is that these books sell extremely well, which is why so many companies are trying to publish "Metro reads", books for your commute.

It's an enormous market to address; one filled with people carrying smartphones that can run the Kindle app, who might not have bought too many KDP books earlier, but will consume them in large numbers if price is no longer a factor.

Jha recognises that Amazon needs to bring in more "brands" and that's why the company is continuously adding new authors and publishers to its library. What you read is between you and Amazon, but hopefully as the company brings more books into Kindle Unlimited, it's going to become something that everyone can enjoy, even if they only read the top five authors and publishers.

Meet Happitoo, the Airbnb for India's Nightlife
Quarter of Smartphone Sales to Be 4G Devices by Year-End: Micromax