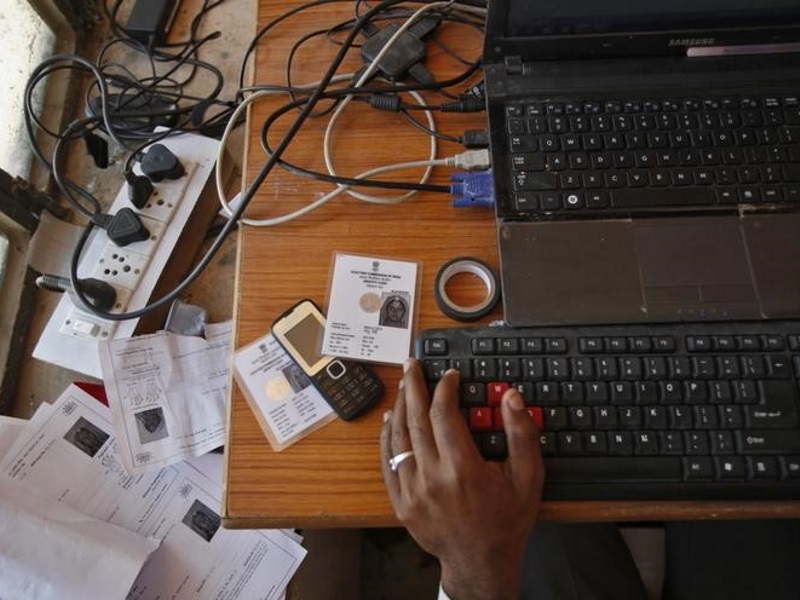 Parliament is set to pass legislation that gives central agencies access to world's biggest biometric database in the interests of national security, raising fears the privacy of a billion people could be compromised.

It could also usher in surveillance far more intrusive than the US telephone and Internet spying revealed by former National Security Agency (NSA) contractor Edward Snowden in 2013, some privacy advocates said.

The Aadhaar database scheme, started seven years ago, was set up to streamline payment of benefits and cut down on massive wastage and fraud, and already nearly a billion people have registered their finger prints and iris signatures.

Now the BJP, which inherited the scheme, wants to pass new provisions including those on national security, using a loophole to bypass the opposition in parliament.

"It has been showcased as a tool exclusively meant for disbursement of subsidies and we do not realise that it can also be used for mass surveillance," said Tathagata Satpathy, a lawmaker from Odisha.

"Can the government ... assure us that this Aadhaar card and the data that will be collected under it - biometric, biological, iris scan, finger print, everything put together - will not be misused as has been done by the NSA in the US?"

A finance ministry spokesman added that the government had taken steps to ensure citizens' privacy would be respected and the authority to access data was exercised only in rare cases.

According to another government official, the new law is in fact more limited in scope than the decades-old Indian Telegraph Act, which permits national security agencies and tax authorities to intercept telephone conversations of individuals in the interest of public safety.

"Police state"
Those assurances have not satisfied political opponents and people from religious minorities, including India's sizeable Muslim community, who say the database could be used as a tool to silence them.

"We are midwifing a police state," said Asaduddin Owaisi, an opposition MP.

He pointed to the US Foreign Intelligence Surveillance Court, which must approve many surveillance requests made by intelligence agencies, and European data protection authorities as oversight mechanisms not present in the Indian proposal.

The Indian government brought the Aadhaar legislation to the Rajya Sabha on Wednesday in a bid to secure passage before lawmakers go into recess.

To get around its lack of a majority there, the BJP is presenting it as a financial bill, which the Rajya Sabha cannot reject. It can return it to the Lok Sabha, where the ruling party has a majority.

In its assessment of the measure, New Delhi-based PRS Legislative Research said law enforcement agencies could use someone's Aadhaar number as a link across various datasets such as telephone and air travel records.

That would allow them to recognise patterns of behaviour and detect potential illegal activities.

But it could also lead to harassment of individuals who are identified incorrectly as potential security threats, PRS said.

Sunil Abraham, executive director of the Bengaluru-based Centre for Internet and Society, said Aadhaar created a central repository of biometrics for almost every citizen of the world's most populous democracy that could be compromised.

"Maintaining a central database is akin to getting the keys of every house in Delhi and storing them at a central police station," he said.

"It is very easy to capture iris data of any individual with the use of next generation cameras. Imagine a situation where the police is secretly capturing the iris data of protesters and then identifying them through their biometric records."

ICC World Cup 2016: Google Search Gets Player Quotes, Live Commentary
This New Apple Watch Band Can Tell if You're About to Get a Stroke