Will India Have 100 Internet Unicorns by 2025? What Industry Stalwarts Say 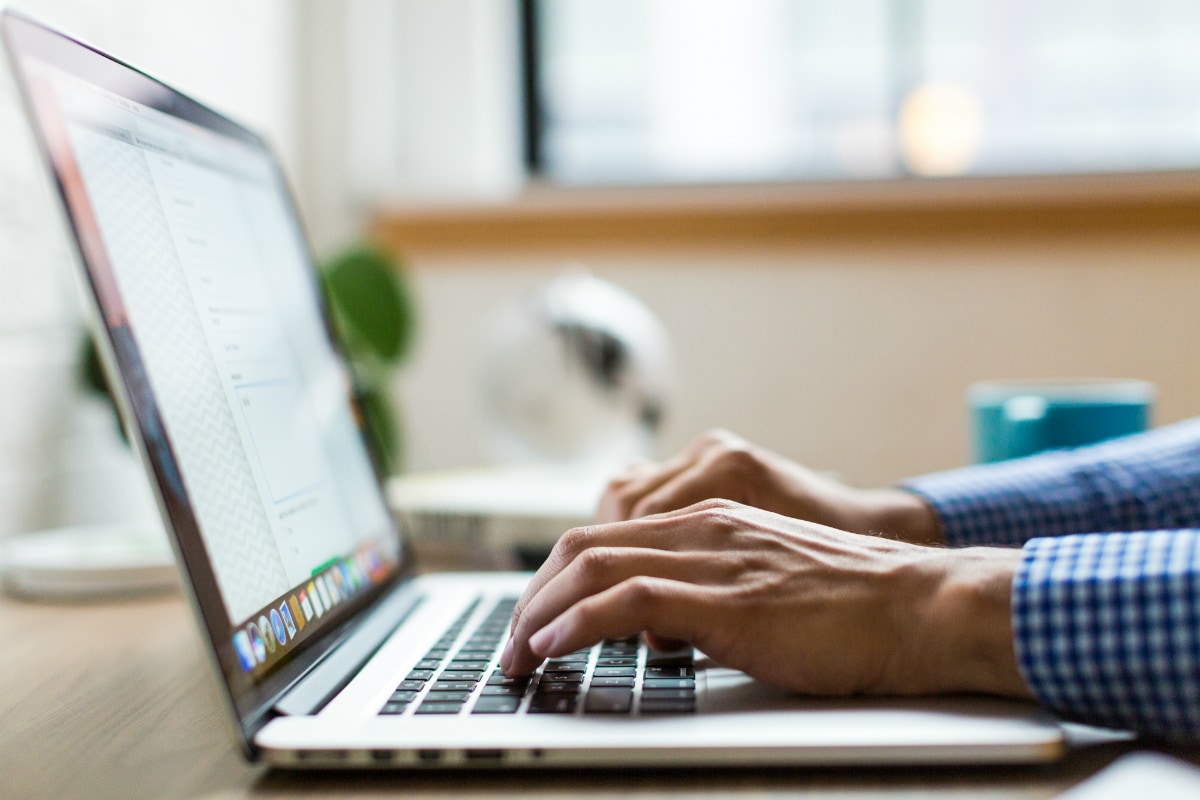 India is on track to have between 750 million and 800 million people using the Internet by 2023, according to a report by McKinsey Global Institute. This means there is a colossal market for startups building Internet-driven products in India. The big question is whether India is capable of producing new unicorns — private startups with a valuation of over $1 billion (roughly Rs. 7,000 crores). Gadgets 360 caught up with industry stalwarts attending India Internet Day 2019 in New Delhi to get relevant answers.

Paytm founder and CEO Vijay Shekhar Sharma shares Anandan's optimism. He tells Gadgets 360 that India has become sizeable enough for holding a large number of companies that can grow to be unicorns. "It's a great opportunity — there is no doubt about it that we can definitely see tens of and heading towards hundreds of unicorns in this country,” he says.

Lathika Pai, Country Head, Microsoft for Startups, tells Gadgets 360 that the Indian startup ecosystem is far ahead of some countries in West Asia. "Today, the Indian founders are really-really very smart founders," she says. "I've just come back after touring Turkey, Lebanon, Jordan, and Qatar, the startups there are way, way elementary in terms of their startup ecosystem development compared to what the Indian startup system is."

The startup ecosystem obviously needs the government's support to grow and the people Gadgets 360 spoke with said the Indian government has provided that. "There was a time when many Indian companies to get foreign funding would set up in Mauritius or the British Virgin Islands," Pai tells Gadgets 360. "Today, the government has made sure that they're making it more investor-friendly."

Anandan claims that the government is quite progressive for startups. "The Indian government is one of the most progressive when it comes to thinking about innovation, startups, and [the] startup ecosystem," he says.

The Indian government launched initiatives such as Digital India, Skill India, and Startup India to enhance digitalisation in the country and make the ecosystem friendlier for enterprises.

However, the same government also brought an angel tax that recently saw some outrage from the startup lobby since it directly impacted angel investors and startups raising initial funds. A clarity was ultimately issued, and the government enabled exemption to some extent.

Rajesh Sawhney, CEO and co-founder of food tech company Innerchef, says that India is currently at the take-off point and is about to face the perfect storm where enough capital would be available alongside appropriate talent and market. "The market has attained a critical size — maybe, not in terms of revenue per transaction but the number of transactions is huge and the number of consumers is massive," he says.

Having said that, Sawhney points out that despite being a transformative market for Internet startups, India is yet to receive an active regulatory regime. "We have eased restriction on capital, but we have to let the larger amount of capital come easily into Indian companies rather than Indian companies becoming domiciled abroad," he states.

"We need a supportive regulatory regime with faster execution on the ground," Sawhney says. "That's what requires coming to the second series of startup reforms in the country."

Sharma of Paytm, on the other hand, underlines that there is always a continuous demand from the startup ecosystem for the government to ease their operations.

"Active participation of the government is good, but the intent should be to de-bottleneck and solve the issues," Sharma tells Gadgets 360. "Because now all these Internet companies are becoming sizeable enough, they're impacting common consumer lives. So there are a lot of things that need to take care of."

Positive market to go global
The journey for the Indian startup ecosystem hasn't always been smooth. However, it's reached a stage where some of its brightest stars are beginning to establish a strong presence abroad. Restaurant search and discovery platform Zomato is now in 24 countries and cab service company Ola has also rolled out its operations in Australia and the UK last year. Mobile wallet giant Paytm reached Japan in October last year by launching a QR code-based payment service called PayPay in collaboration with SoftBank and Yahoo Japan Corporation.

"The reach-out from Indian technology being built locally and going to global markets and bringing back good things is good," Sharma of Paytm tells Gadgets 360.

Going global from India isn't new for the enterprises serving the business-to-business (B2B) sector, as seen with the likes of Tata Consultancy Services (TCS) and Infosys before. But nevertheless, Anandan affirms that the trend of entering global markets has now become a reality for consumer Internet startups as well. "That's the ultimate frontier because to build a consumer Internet company that's very global, you have to win on the product, understand local user needs, and understand all kinds of things," he says.

Hans Tung, the Managing Partner of venture capital firm GGV Capital, who was an early Flipkart investor and is one of the key investors in Snapdeal, says India is a great market for a startup looking for global expansion. "Indian companies, given the commendable English language and culture, have a lot easier to compete on the global level," he asserts. "Even the number of engineers coming out of India every year or STEM graduates is over two million. In Southeast Asia, this is less than 200,000."

India has indeed become an important market for Internet startups. It's still far away from Silicon Valley when it comes to the level of maturity, though. Anandan is optimistic that Indian companies are capable of bridging that gap.

What attracts investors
While funding is not the only thing that helps startups succeed, its importance cannot be understated. The key to a healthy startup ecosystem is access to a pool of investors that understand what good startups are trying to achieve and are willing to support them. Attracting investors and raising funding is never easy, so we asked some of India's most prominent investors what they look for when they decide whether to invest in a startup or not.

Anandan, who is one of the most active angel investors in India, says that he essentially considers the founding team before making an investment decision. He looks for founders who have a deep understanding of the problem, are ambitious about their product, and have the ability to build a team as well as showed fraction. "To me like a large part of it is the founding team and second is are they solving a real problem," he says.

"Every year, I've been investing in more companies than the previous year in India. The quality of founders is getting better, the opportunities are getting more interesting, the traction that founders are able to get even before they raise a seed round is much higher than it used to be," he adds.

Microsoft has its ScaleUp programme, which is a rebranding of the original Microsoft Accelerator, that operates in seven cities worldwide apart from Bengaluru — specifically Beijing, Berlin, London, Seattle, Shanghai, Sydney, and Tel Aviv. Under the programme, the Redmond company supports startups who are the seed to series A funded and have deployed technologies like AI, ML, Blockchain, and Internet of Things (IoT).

"As there are lots of startups that meet the criteria, we look several things, such as the founding team -- just like how a VC looks at a startup before investing," Pai tells Gadgets 360. "We also say that if you want to engage within this Microsoft programme, you must need that bandwidth. This is not another badge that you get. So if you're coming in, get real value out of it."

The challenges
India is becoming an important market for Internet startups and is moving towards the goal of having 100 Internet unicorns by 2025. However, some obstacles still exist that need to be removed.

Microsoft's Pai marks that the problems in Indian startup space are not different from what's available in the US. "I think the key challenges for startups is one that resources are limited, I may have raised [USD] 5 million but 5 or 3 million is enough," she italicised.

That means startups must decide how and when to scale even more carefully than before. ”The key hurdle is always the cost of scaling in my mind," says Vani Kola, venture capitalist at Kalaari Capital. "It is a cycle. As these companies become successful and create more capital, there will be more investors emerging from those companies to resolve the problem of the cost of scaling."

However, the biggest hurdle for startups in India may just be gaining people's trust according to Paytm's Vijay Shekhar Sharma.

"The biggest challenge is that Indian consumers need a lot of trust from the Internet platform," he tells Gadgets 360. "They are experimenting, loving, and trying, but the trust is still needed from the consumer side. The revenue line items are also not in a favourable position because advertising is not a big revenue in this country."