How Do You Pay Taxes on Bitcoin Income in India? No One’s Sure. 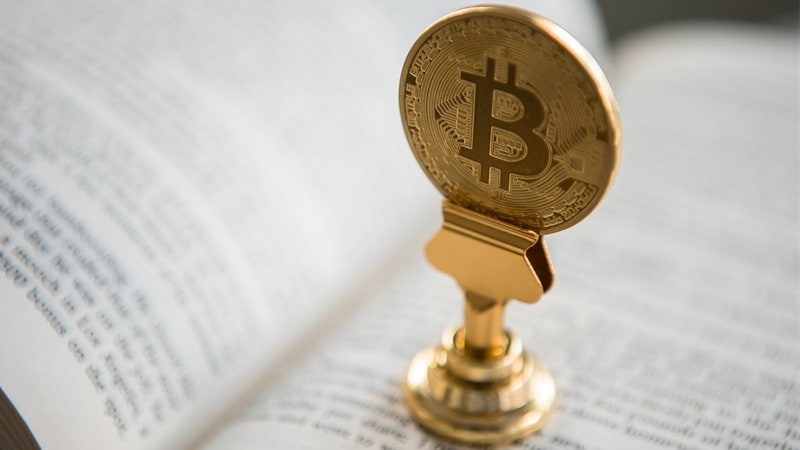 Bitcoin and other cryptocurrencies may be on their way out in India thanks to the Reserve Bank of India’s (RBI) circular asking banks not to deal with cryptocurrency exchanges and other entities doing business with virtual currencies. While the RBI has been making a lot of noises against cryptocurrencies, the Indian Income Tax department has largely been silent on the subject.

After RBI's Latest Move, Is Bitcoin Dead in India?

Because cryptocurrencies aren’t mentioned under the I-T Act in India, there’s a lot of confusion regarding how to classify this income. Preeti Khurana, a CA who works with ClearTax says that in this year’s Budget, there was no communication regarding the cryptocurrency taxation. “One thing is for sure, tax has to be paid on cryptocurrencies. All the incomes that you have earned in the financial year has to be taxed, whether it is income from house property, salary, capital gains (when you sell an asset), business and profession, or from other sources,” she explains.

So how do you classify income from cryptocurrencies? Can it be termed a capital asset, is it a foreign asset, or does it fall under "income from other sources”?

If you define cryptocurrency as a capital asset, then there’s the question of figuring out a period of holding for the asset to understand how to pay tax on it. For equity shares, the period of holding is one year, after which the tax to be paid decreases a lot in most cases. Similarly, this holding period is three years for debt funds and jewellery. “The Act does not define what a valid time period is for crypto assets,” Khurana says, explaining another grey area in the law that leaves the taxation aspect of cryptocurrency open to interpretation.

Finally, there’s the question of whether cryptocurrencies are an Indian or a foreign asset. Khurana adds, “What do you do about the aspect that this could be a foreign asset? Are they foreign assets or native assets — would you consider it an Indian asset if it has been coined (or mined) in India?” These are some of the questions that the I-T Act doesn’t answer.

Tushar Patel, the financial planning officer of cryptocurrency exchange WazirX, who is also a CA, feels that the location of crypto assets can be easily determined. “Generally if the location is not tangible it is mapped with the one holding it and in case of cryptocurrencies the location of the servers. If the local wallet or servers are in India then they can safely assume that it is an Indian asset,” Patel tells Gadgets 360.

Since the I-T Act makes it mandatory only for those with income over Rs. 50 lakh to declare their foreign assets, the question of Bitcoin being an Indian or foreign asset shouldn’t affect most people, unless you really hit it big with Bitcoin in the last couple of years.

The CAs that Gadgets 360 spoke with had varying opinions on how to declare cryptocurrency income. ClearTax’s Khurana says, “Classify it as income from other sources and pay tax according to (your income) slab. This is not a blanket advisory — there may be people who are mining or performing multiple trades in a year — for them it may vary. It becomes a business income.” This means that if your total taxable income is above Rs. 10 lakh, you pay 30 percent tax on cryptocurrency income. If it’s between Rs. 5 lakh and 10 lakh, you pay 20 percent tax and if it’s under Rs. 5 lakh, you pay 5 percent tax, according to Khurana.

WazirX’s Patel feels that cryptocurrencies can be considered capital assets and should be declared under that definition when filing your tax returns. Another Mumbai-based CA who did not want to be named tells Gadgets 360 that people should declare it under income from other sources and pay flat 30 percent tax on cryptocurrency income. “It is not a valid kind of currency so it should be taxed at 30 percent. If you win a lottery you have to pay a flat 30 percent tax. In the same way Bitcoin income should be taxed,” the Mumbai-based CA tells Gadgets 360.

Rahul Raj, the CEO of cryptocurrency exchange Koinex, tells Gadgets 360, “Since there is no regulatory certainty and other than the notices there has been no clarity on how the government wants to tax the cryptocurrencies. In principle everyone is of the opinion that this is going to attract a flat 30 percent tax.”

At the same time, Raj expressed fears that the RBI's decision, rather than bringing a check on the use of cryptocurrency, could lead to it's misuse, and issues around taxation could end up being a relatively small problem.

He tells Gadgets 360 that this move will lead to cryptocurrencies being used for “untraceable transactions that the government can’t track”. “We have been pushing against this agenda. If the RBI and government don’t change their mindset, this (the crypto market) is going to be at an end. We want this to be a fully regulated market and none of that was appreciated,” Raj says.

We discussed Bitcoin on Orbital, our weekly technology podcast, which you can subscribe to via Apple Podcasts or RSS, download the episode, or just hit the play button below.

Huawei Said to Be Working on Its Own Mobile Operating System to Replace Android
Final Fantasy VII Remake in Development Hell: Report