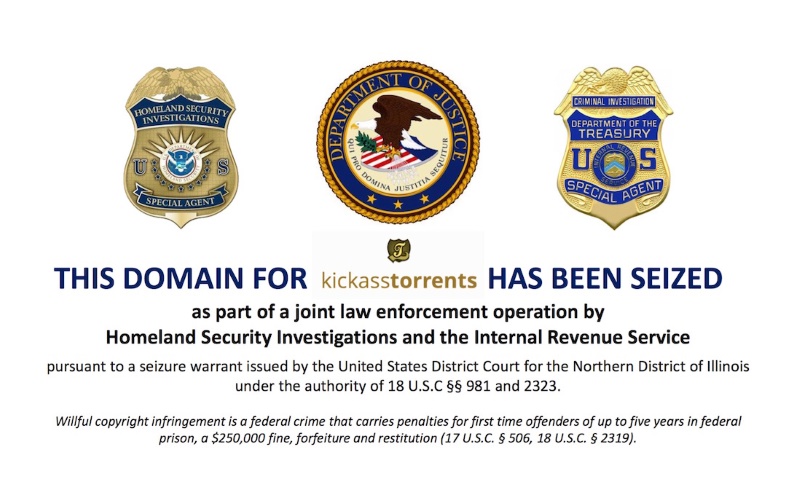 Artem Vaulin is accused of being the mastermind behind the most popular illegal file-sharing site in the world, KickassTorrents, which US authorities say helped distribute over a billion dollars worth of pirated movies and music.

Yet despite allegedly making a living from helping people steal copyrighted material, the 30-year-old Ukrainian seems to have bought movies and music legally on iTunes - and some of those purchases ultimately helped investigators track him down, according to a criminal complaint lodged against him in federal court.

Investigators were able to use details about iTunes purchases made in July and December of last year to connect Vaulin to KickassTorrents' Facebook page thanks to information shared with the FBI by Apple and Facebook, the complaint alleges. They also found emails about the illegal-filing sharing site's operations in the inbox of the account he allegedly used to make the iTunes purchases. Even that email address itself, tirm@me.com, seemed to be a tip off: "Tirm" was a pseudonym once listed as an administrator on the piracy site.

Although most people probably recall Apple's heated legal fight with the FBI over encryption, the company routinely assists law enforcement in criminal investigations when served with subpoenas or warrants. In the FBI conflict, the company protested because the authorities wanted the company to break its own security measures built into the iPhone used by one of the San Bernardino terrorists - a move that would impact all of the firm's smartphones.

KickassTorrents, which appears to be down following Vaulin's arrest, didn't pirate music and movies itself. But like the better-known Pirate Bay, it served as a hub for links users could use to download them.

The site was hugely popular: Some 50 million people visited it each month and it ranked as the 69th most popular site on the entire internet, according to the criminal complaint. And that traffic translated into massive profits: Investigators estimate the site earned between $12.5 million and $22.3 million from online advertising.

Vaulin, who was arrested Wednesday in Poland, is facing multiple criminal charges, including copyright infringement and money laundering, that could land him in prison for decades.

The iTunes purchases appear to be just part of a massive trove of evidence against Vaulin uncovered by investigators. But there's still something deeply ironic about legal media purchases contributing to the downfall of a man accused of running a sprawling online piracy empire.