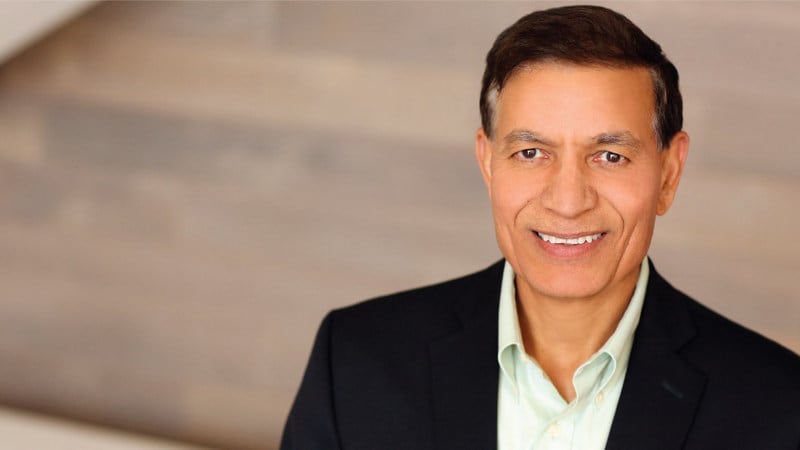 Decades before he joined the ranks of Silicon Valley's super rich, Jay Chaudhry lived with his parents in a Himalayan village without running water.

The founder of Zscaler is now part of a growing wave of billionaires who have built cyber-security businesses. Chaudhry, 60, and his family benefit from stakes in the San Jose-based firm worth almost $3 billion. He along with six other cyber-security software tycoons to emerge with 10-figure fortunes in the past year are worth about $9.5 billion combined, according to the Bloomberg Billionaires Index, and together represent the latest wealth surge among the founders of Internet-focused firms.

"I do look sometimes back and say, 'Whoa,'" Chaudhry said in a telephone interview last month. "My success so far has mainly been because I have very little attachment for money. My obsession is really to make sure that the Internet and cloud are a safe place for everyone to do business."

Fueled by the rapid rise of cloud-based computing, companies are increasingly tethering more and more of their business to online networks. While this allows them to gather unprecedented levels of operational information, it also exposes their firms to more cyber threats.

"The world runs on large-scale networks and data systems that are inherently complex and highly connected," said Awais Rashid, professor of cyber-security at the University of Bristol in England. "If we can't protect them or be confident in their integrity, it leads to serious problems for society at large."

The growth of cloud-focused cyber firms including Zscaler, Fortinet and Palo Alto Networks poses a threat to the market share of more established network software providers such as Cisco Systems and Juniper Networks. Fortinet's two main individual shareholders - China-born brothers Ken and Michael Xie - have emerged as billionaires this year in the wake of the Silicon Valley firm's shares surging more than 20 percent since January.

Yet even with this increased competition, some of the oldest cyber-security firms have kept growing. Closely held ESET counts three billionaires - Miroslav Trnka, Peter Pasko and Rudolf Hruby - among the six co-founders that own all of the 27-year-old, Slovakia-based company. ESET has seen about 20 percent a year growth in revenue since 2014, according to data compiled by Bloomberg, and has become one of central Europe's fastest-growing tech firms.

Trnka, 57, and Pasko, 63, started programming during the Cold War and helped resolve one of the world's first computer viruses, which affected a Slovak nuclear power plant, according to a case study from Vienna University of Economics and Business. Hruby, 64, Chairman Pasko and former Chief Executive Officer Trnka each own about 22 percent of ESET, according to Orbis, a database of company data published by Bureau van Dijk. Their stakes are worth about $1 billion each, according to the Bloomberg index, putting ESET's wealth creation in a similar league to U.S. tech titans Facebook Inc. and Twitter Inc.

"We've travelled quite a road from then until now," Trnka said in an emailed statement, referring to his early days in the cyber-security business. "I definitely do not feel like a billionaire."

While ESET has extolled the benefits of remaining a closely held company, Chaudhry's Zscaler made a splash on New York's Nasdaq exchange in March when its shares popped 106 percent on the first day of trading. The stock has since climbed more than 50 percent, putting its market value at about $6 billion -- more than Bloomberg's calculated enterprise value for ESET.

Zscaler shares climbed 18 percent to $58.60 at 10:01am in New York after the firm reported second-quarter revenue of $74.3 million. That was a 65 percent increase from a year earlier and beat analysts' estimates.

Chaudhry, who has masters degrees in business administration, industrial engineering and computer science from the University of Cincinnati and also studied at Harvard Business School, founded Zscaler more than a decade ago after setting up and selling four other cyber start ups.

Even with a billion-dollar fortune, Chaudhry says his life hasn't changed significantly. He still visits the Himalayan village where he grew up every few years, and said rather than passing on wealth, his priority is to pass along the work ethic his farming parents instilled in him.

"For me, happiness is a state of mind," he said. "And money has very little do with it."