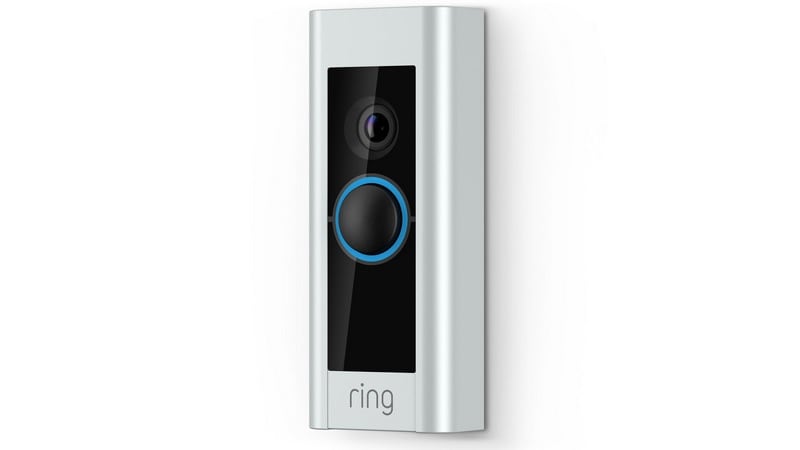 Last week Amazon.com bought the Santa Monica, California-based smart home equipment maker Ring for an estimated $1 billion (roughly Rs. 6,490 crores) in cash. Though filled with less import than the company's $13.4 billion (roughly Rs. 87,000 crores) acquisition of Whole Foods Market last year, the deal was the second-largest in Amazon's history. And like all acquisitions, it gives us a rare glimpse into the way Jeff Bezos sees the future.

In the short term, Ring gives Amazon another piece in its Alexa puzzle and a leg up in its race against Google and Apple to control homes that will increasingly be filled with connected appliances. Alexa is a nice novelty now, great for serving up the weather, reading the news and hosting the occasional trivia game. But it will be really useful when it's the hub that lets people use their voice to arm their security systems, open locked doors and flash video of the person who's ringing the doorbell out front. Google understands this as well; the new $229 (roughly Rs. 14,900) Nest doorbell will come with a free Google Home Mini when it starts shipping this spring.

Alexa currently works with a host of third-party smart home products. But owning Ring's varied assortment of video doorbells, security cameras and accessories allows Amazon to accelerate their development and make them exclusive to Alexa. (It bought a similar company, Blink, last year.) Amazon can also do the typical Amazon thing and lower prices, probably by incorporating the optional subscription plans for keeping recorded video into the soup of benefits that is a Prime membership.

There's also a medium-term benefit to adding Ring. Package theft, a.k.a. "porch pirates," is a rampant problem in much of the country, one that has required Amazon delivery people to start emailing customers photographs of packages left by the front door, and which, in the past, has forced the company to restrict same-day delivery from neighborhoods with high crime rates. Last year, Amazon introduced a home camera and a service called Amazon Key, which automatically opens doors for verified delivery people. Amazon Key works with so-called "smart locks" made by other companies. Ring doesn't sell door locks just yet, but you can imagine a day when Amazon owns all the components to make such a service work.

The implications of the Amazon-Ring deal are really interesting to contemplate when we start thinking farther out. We know Amazon wants to deliver groceries. But leaving bags of kale and cartons of milk outside for hours doesn't work, and many Amazon Fresh subscribers aren't crazy about accumulating those bulky blue totes filled with dry ice. When Amazon is behind your home security system, your doorbells and door locks, Amazon workers will be able to walk in, unpack the bags and bring the milk right to the refrigerator.

But why stop with groceries? With its endless appetites, Amazon wants to expand in the massive home-services category, fertile ground for companies like Handy Technologies and Thumbtack. Imagine sitting at school or in your office and being able to buzz in the cable guy or a plumber after verifying they are who they say they are with live video on your phone. Or we can go even further: The Amazon front door and security system could one day open for your trusted housekeeper, dog-walker or exterminator, and no one else.

To keep growing at 30 percent a year, Amazon has to start selling us services, not just stuff. The Ring acquisition, with its smart doorbells and security cameras, is another step along that path. Rivals should beware: Amazon's move into smart home devices is going to give all new meaning to the words "lock in."