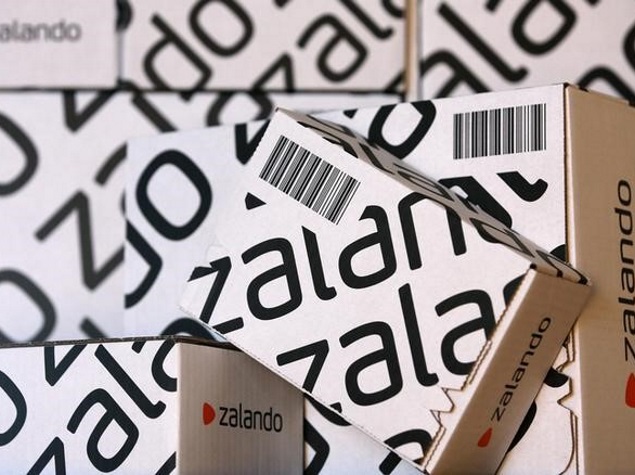 Oliver Samwer and his brothers Marc and Alexander are on the brink of becoming Germany's newest billionaires with the flotations of Rocket Internet and the European online fashion site Zalando it helped launch in 2008.

The sons of a lawyer who encouraged them to read Germany's Handelsblatt finance daily, they want to make Rocket the world's biggest e-commerce platform outside the United States and China by conquering markets that Amazon or Alibaba have yet to dominate.

Deciding as teenagers to go into business together, they will now profit from the estimated 5 billion euros ($6.5 billion) flotation of Rocket, in which their Global Founders Fund has a 52.3 percent stake. Zalando, in which they own a 17 percent share, could be worth about 4.5 billion and separate flotations of other Rocket start-ups might follow next year.

"Marc, the oldest, is like the foreign minister of the family, who speaks very well. Alex, the youngest, is the intellectual with a fine sense of strategy and the long-term," said Joel Kaczmarek, the author of a new German biography of the Samwers titled "The Godfathers of the Internet".

"Oliver is something in between, the typical middle child with sharp elbows who had to do the most to prove himself... Winning is everything for him."

Dubbed "the most aggressive man in the Internet" by German monthly Manager Magazin, Samwer criss-crosses the globe to drum up investment and visit the dozens of start-ups his firm Rocket Internet has set up from Rio to Jakarta in the last few years.

The flotations - set to be Germany's biggest technology listings since the bursting of the dot.com bubble a decade ago - are riding in the wake of this week's expected listing of Alibaba, potentially the world's biggest ever.

Set up in 2007 in Berlin, Rocket has already launched Amazon-like websites for general goods in Africa, Southeast Asia and Latin America as well as five fashion sites in emerging markets and numerous online marketplaces for everything from real estate to taxis, food delivery and home services.

Pilloried for copying businesses pioneered in Silicon Valley, Oliver Samwer says Rocket is taking Internet innovation to the next level by applying German values of hard work and organisation.

"As these industries mature, like any industry, innovation doesn't stop, it just moves down the chain into execution, operations and delivery," Samwer told staff in a memo last week after announcing Rocket's listing plan.

Rocket's most successful venture to date is Zalando, which Oliver Samwer helped launch in 2008 with two fellow graduates of Germany's elite WHU Otto Beisheim School of Management. It has since grown to become Europe's biggest online fashion site with annual sales on track to exceed 2 billion euros in 2014.

Oliver, the 42-year-old middle Samwer brother, is the chief executive of Rocket Internet and the sibling most in the public eye, while Marc, 44, focuses on the Global Founders Fund that manages the trio's fortune.

Alexander, 39, is the brother with closest links to Zalando, where he is a member of the supervisory board. While the Samwers are still the second-biggest shareholders in Zalando, the firm is no longer part of the Rocket empire.

"Lessons for entrepreneurs"
The brothers' early ventures have already made them multi-millionaires - they sold German online auction site Alando to eBay Inc in 1999, their Jamba mobile phone ring tone firm to Verisign in 2004 and their European daily deal site Citideal to the U.S. original - Groupon - in 2010.

The success of Zalando, which now dwarfs the Amazon-owned Zappos fashion site it copied, has encouraged the Samwers to hold onto the companies they found for longer rather than seeking a quick exit.

"We are long-term players," Oliver Samwer said on a conference call last week as he announced Rocket Internet's plan to raise 750 million euros in fresh capital as current investors pledged not to sell their shares for a year.

The three excelled at school and university: Marc studied law in Cologne then business at Stanford, Alexander took a degree in politics and economics at Oxford University and then an MBA from Harvard, while Oliver attended Germany's WHU and its U.S. partner, the Kellogg Graduate School of Management.

During his studies, Oliver co-wrote a paper entitled "America's Most Successful Startups. Lessons for Entrepreneurs" and started putting what he had learnt into practice on his return to Germany by launching e-Bay clone Alando in 1999.

Hard work
Oliver has called Rocket Internet "McKinsey on steroids", and most venture founders are drawn from top business schools, investment banks and consultancies like McKinsey.

"I will die to win and I expect the same from you," he wrote in an email to a team working on an online furniture start-up that was leaked in 2011 to the TechCrunch website.

"The time for the blitzkrieg must be chosen wisely, so each country tells me with blood when it is time."

Samwer quickly apologised for that language - blitzkrieg refers to the Nazi military strategy of a "lightning war" - but he remains unafraid to ruffle feathers by speaking bluntly.

The father of three told senior retail executives at a conference in June that they were out of touch with smartphone-savvy youngsters and risked being left behind as e-commerce renders stores obsolete, particularly in emerging markets.

"What you fear will come much faster. Go out very paranoid," he said. "Every time I come home, what do you think happens? My wife shows me this or that fashion site... she doesn't say let's go shopping on Saturdays anymore. Her shopping happens all the time. I go home tonight and we have (to?) buy online again."

One former executive for a Rocket Internet start-up who declined to be named said working for Samwer had been a great learning experience but not a very enjoyable one.

"They hire two CEOs for every company and they make them compete ...It becomes a place where people backstab," the person said. "There is none of that fun entrepreneurial spirit you have in real entrepreneurial companies."

Rocket Internet spokesman Andreas Winiarski said the company hired multiple founders for ventures so they can share responsibility and said they usually acted in a cooperative way.

"Rocket is a young, fresh, motivated team. Oliver demands a lot of his people and he can be tough when things don't go as expected but nobody has made as many millionaires as he has in recent years," Winiarski said.

Other investors include billionaire American industrialist Leonard Blavatnik, JP Morgan Asset Management and retailers such as Britain's Tesco and Germany's Tengelmann and Rewe.

"Oliver has tremendous energy and is very straightforward," said Vigo Carlund, a board member for Kinnevik, the Swedish investment firm which is the biggest investor in Zalando and has a large stake in Rocket Internet too.