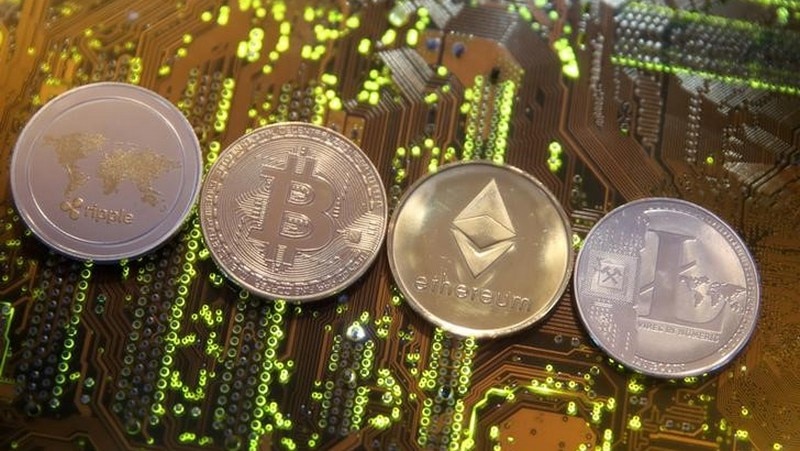 For all the attention afforded Bitcoin, it is its rival Ether that is hitting the headlines, with the popularity of its blockchain technology Ethereum driving concerns that have sent investors fleeing.

Virtual currencies have struggled across the board this month after US investment banking giant Goldman Sachs pulled back from its plans to open a trading desk for Bitcoin, damaging sentiment for the entire sector.

Ether has slid 20 percent in value, taking a further hit from comments made by Vitalik Buterin, co-founder of Ethereum, which powers the cryptocurrency.

Earlier this month, the 24-year-old Russian-Canadian programmer told Bloomberg that "the (Ethereum) blockchain space is getting to the point where there's a ceiling in sight".

A blockchain is essentially a ledger for recording transactions, which is both open to all who use it but extremely secure, and has enabled the rise of cryptocurrency trading.

A multimillionaire thanks to Ethereum, Buterin has previously spoken about "scalability" probably being the number one challenge facing the sector.

Such programmes can for example automatically trigger payments without the use of a third party when pre-defined conditions are met, such as winning a sports bet.

Ethereum is also home to two-thirds of initial coin offerings (ICOs), essentially a fundraising tool for companies which issue the tokens against cryptocurrencies much like issuing shares on a stock market.

An explosion in the number of ICOs in 2017, two years after Ether's launch, resulted in the cryptocurrency's price rocketing 160 times in value over a 12-month period.

"The more it's demanded, the more likely you are to clog the network," said Jerome de Tychey, president of Asseth, an association promoting the use of Ethereum.

A clogged Ethereum results in higher charges for clients wanting their transactions prioritised -- and average fees briefly hit a record $5.50 (roughly Rs. 400) in July according to bitinfocharts.com. Generally though, fees fluctuate around a few cents.

Delays to a planned overhaul of Ethereum's scalability have meanwhile likely discouraged some investors from using the blockchain, according to de Tychey.

Naeem Aslam, an analyst at traders Think Markets, said Buterin "isn't doing the job which he is supposed to do" -- that is, to make companies "trust the technology and provide them (with) what they need".

Virtual currency, real plunge
The plunge in the value of Ether has indeed been dramatic. Since the start of August, it has lost more than half its value.

Another factor weighing on Ether's price has been the success of ICOs. The companies which raised funding in ether with ICOs now need to sell to them to cover operating expenses in fiat currencies.

According to sector analysts Diar the companies that raised funding before the price boom at the end of last year have sold off some 20 percent of their Ether holdings since April, weighing on its price.