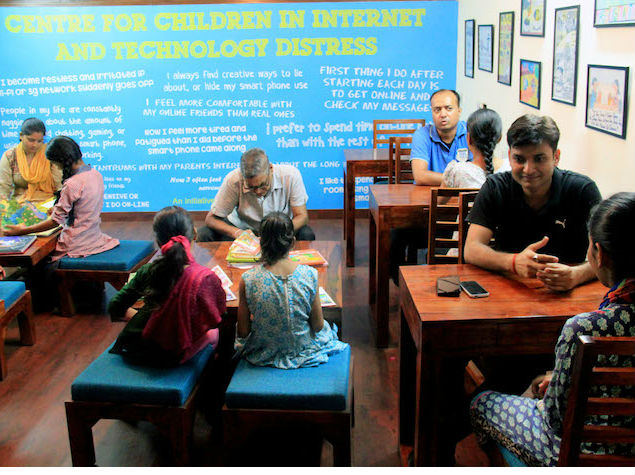 It might sound like something from the future, but Internet addiction is fast becoming a reality in times where smartphones and tablets are being available at very low-costs, and a data infrastructure has become sufficiently widespread. So much so, that Delhi now boasts of its first ever Internet de-addiction centre. Started by the Uday Foundation, an NGO, the centre operates from the ground floor of a three-storey building in South Delhi's Sarvodaya Enclave.

Internet de-addiction centres are not unheard of. While there are NGOs running similar centres across the globe, with the rising usage of the Internet in India it was but a matter of time before it came here. The centre features counsellors and psychologists working with people, some as young as ten-years-old, to help wean them off the Internet. Rahul Verma, who heads the NGO, has started the Centre for Children Internet and Technology Distress. Verma says that the addiction in many ways is akin to those who suffer from alcohol and drug addiction.

Verma says that the team of doctors and counsellors work with the children by encouraging them to take part in more outdoor activities. He adds that interactive education was a good indoor activity, and along with explaining the harmful effects of staying active on the Internet, formed a part of the de-addiction process. "Parents not being able to give their personal time to the children is one of the main reasons for this problem cropping up. So when a child comes to the centre, he or she is accompanied with both the parents. A part of the counselling also involves speaking to the parents to spend more time with the children and reduce their virtual lifestyles," he says.

Citing the example of a 13-year-old girl, he describes how she remained online for the entire day. "She even took her smartphone to school. And since her parents couldn't wean her off the Internet, they took away her smartphone and shut the Wi-Fi in the house. She began fighting with her parents and the scene went down south. When she came here we first started working with her and her parents both by asking them to first begin spending more time. Post that we asked her to share her password with her mother on the condition that her parents would not log in to read her chats. Slowly but steadily we managed to reduce her Internet surfing hours down to one and she even gave up her smartphone voluntarily to spend more time with her friends and family." 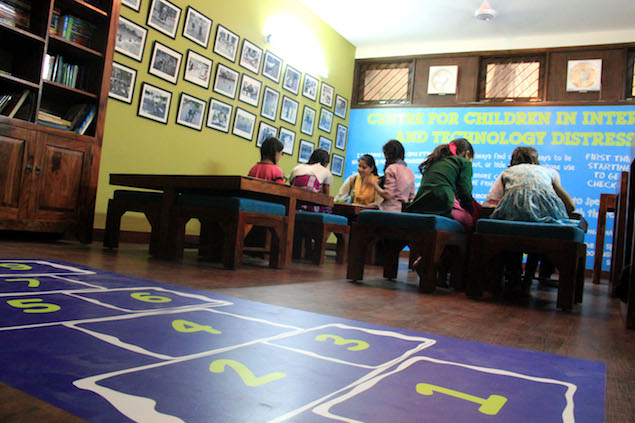 This is one of the many examples that Verma cites, adding. "We started the centre full-fledged only last week, but we were working with children who had this problem for the last two months at the foundation. It is only now that there is a dedicated centre for it. As of now there are 70 children in the centre," he says. In addition to indoor and outdoor activities, Verma will be starting day long camps on the weekends for both the children as well as the parents. "One of the only ways to help children de-stress is by getting them to actually spend more time with parents, which they need more than anything else. Endeavours like these will help promote the same," he says.

While admission to the centre is free, these camps will be at a nominal admission rate. Verma also says that they are taking help of college kids who had earlier faced such problems themselves. "It is like forming a self help group so that the children and those helping them can both benefit," he says. On expanding operations to other cities, he says that there are no plans as of now even though there are offers coming in from Mumbai and Chandigarh. "We want to concentrate here as of now," he says.