How Coursera Is Riding the Online Learning Wave in India, Its Second Biggest Market 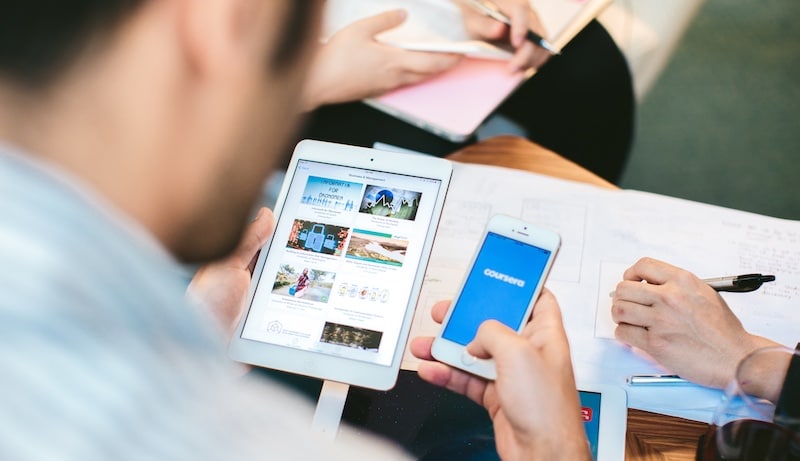 When you think about online education and learning, you probably start thinking about preparing for competitive exams or working towards a master’s degree from an accredited US university. What most people won’t think of is a course like learning how to learn, which aims to help you out with any subject or skill you’re struggling to pick up. Surprisingly enough, over 1.5 million people have enrolled for this course worldwide and of these, over 100,000 are from India, according to online education portal Coursera.

Coursera says over 26 million people have enrolled on Coursera globally and over two million of these are from India, which makes India its second-largest market after the US.

Raghav Gupta, India Country Director for Coursera, says the portal is growing fast in India, having added over 50,000 users every month since January 2017.

Gupta mentions transcripts and subtitles in regional languages as an option the company has been considering, but there’s no fixed timeline on rolling out to that feature.

At the moment Coursera has a partnership with the Indian School of Business (ISB) and is exploring partnerships with other Indian universities and institutes as well. In the meantime, people from India have been signing up for courses ranging from Stanford University’s module on machine learning to Georgia Institute of Technology’s program on speaking English.

The machine learning course from Stanford is the most popular Coursera module in India. In an emailed statement, Coursera shared the experience of a student named Shraddha Surana who’d enrolled for the course from India.

“Though I was interviewing for a role of application developer which required a background in computer engineering where as I had in electronics, I did not know much about building applications,” Surana says in the statement Coursera shared.

Surana adds, “When asked about my projects, I spoke about my thesis which used artificial neural networks (ANN) to identify intrusion detection. Apparently, I explained ANN very clearly and the interviewers who had no background in any ML (machine learning) were able to understand and were curious to know more.”

Since slow Internet speeds are always a challenge in India, Coursera allows people to download lectures and assignments, which they can complete offline and submit when they’re back online. Gupta says the course completion rate in India for people who pay for courses is 60 percent.

Almost all courses in Coursera have a paid and an unpaid version. The latter doesn’t allow access to quizzes, exams, or certificates. You can either pay per course or pay a subscription fee per specialisation (which includes three to five courses). Gupta says most people who don’t complete courses after paying for them do so due to work pressures or them abandoning the idea of a career change.

As you’d expect, Coursera’s focus is on growing its business in India at the moment, both through individuals and the enterprise. Some companies such as Infosys have enrolled employees in courses via Coursera, and that is also a big opportunity for growth for the company in India, Gupta says.

Tencent's Honor of Kings to Launch in US, EU Amid Regulatory Chill in China
Microsoft CIO Jim DuBois Quits Amid Wider Reorganisation