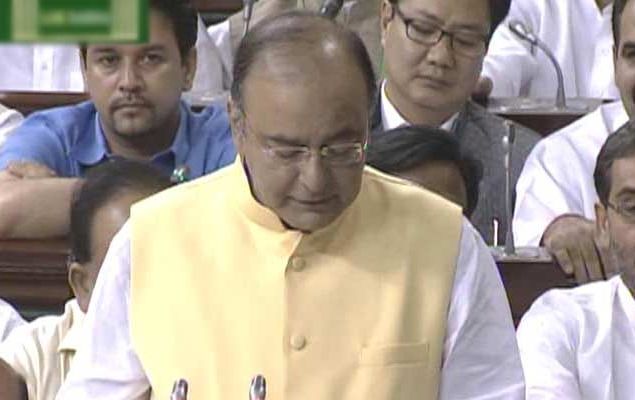 The Union Budget 2014 announced by Finance Minister Arun Jaitley on Thursday covers a lot of ground, and at first glance, there are some very interesting announcements that apply to tech and Internet companies.

Some of it hurts - radio taxis come under service tax now, and could become more expensive for customers; online and mobile ads will also come under the service tax ambit, which could impact a lot of online businesses; and 10 percent basic customs duties on importation of telecom products could also raise prices. Some promises, like village level broadband connectivity, have been doing the rounds for years now, while others like the proposed National Centre for Excellence in Animation, Gaming and Special Effects seem a little strange.

At the same time, the government has also announced incubators and startup funds, and promised a special focus on technology startups. Here are just a few of the highlights relating to technology from Thursday's Budget presentation.

2. Fund for SC entrepreneurs
The Budget also makes an allocation of Rs. 200 crore, to provide credit enhancement facility for young start up entrepreneurs from Scheduled Castes, who aspire to be part of the "neo-middle class". The sum of Rs. 200 crore will be opertionalised through a scheme by IFCI.

3. National incubators
The government will also set up national accelerators and incubators for startups, again with the goal of encouraging entrepreneurship in India.

4. More satellites
The Mars Orbiter is expected to reach its destination on September 24, and the minister also said that more GSLV satellite launches will take place.

5. VC Funds
Today's announcement also mentions a Rs. 10,000 crore VC fund for startups - this is obviously going to help boost startups in India, and drive entrepreneurship. Easier availability of capital is something almost all startup founders in India have spoken out about, so this could be a major change. Further details remain awaited.

6. Online billing platform
The Budget announcement also talked about a unified bill payment system - a single website from where all bills can be accessed and paid. What this might do is pull the rug out from under payment gateways, as you could pay for products online directly through the RBI, instead of an intermediary. This could be an issue if the implementation is not very good (read IRCTC) but it's not entirely clear how this platform will be instituted.

7. FDI in e-commerce without additional approvals
In the manufacturing sector, the Finance Minister announced that the manufacturing units will be allowed to sell its products through retail including e-commerce platforms without any additional approval. This could simplify brands getting a presence on online sites like Amazon, Snapdeal, or Flipkart. However, like every other thing, the devil lies in the details, that will become clearer at a later stage.

8. Some gadgets become cheaper
Mobile phones are set to get cheaper. Aside from promising that duties on CRT TVs will go down (which is today a shrinking market) the government also announced that LCD and LED monitors under 19-inches will become cheaper. A 4 percent exemption on smart card components has also been announced. Also announced is no import duty on the components that go into making PCs - this could make local assembly of computers more attractive and indirectly lower prices.

10. Some things become more expensive
At the same time a 10 percent basic customs duties increase on telecom products - the move is meant to promote local manufacture, but could lead to an increase in telecom tariffs in the long run, if the increase is passed on to the consumers. Radio cabs also come under service tax now, which could make the next Meru or Olacabs ride you take more expensive.

11. Smart cities for new-middle class
Also announced is a Rs. 7,060 crore fund to set up 100 smart cities as satellite towns to existing cities and by modernising existing mid-sized cities, with state of the art facilities for the "neo-middle class". The cities are supposed to use new technologies for waste management and energy use, based on concepts developed in Singapore. The minister also said that FDI would be invited to set up low-cost affordable housing in the cities. However, the amount of money set aside seems too low, as it works out to just about Rs. 70 crore per city.

These are just some of the highlights from the Budget announcement, with more details expected to become available later.