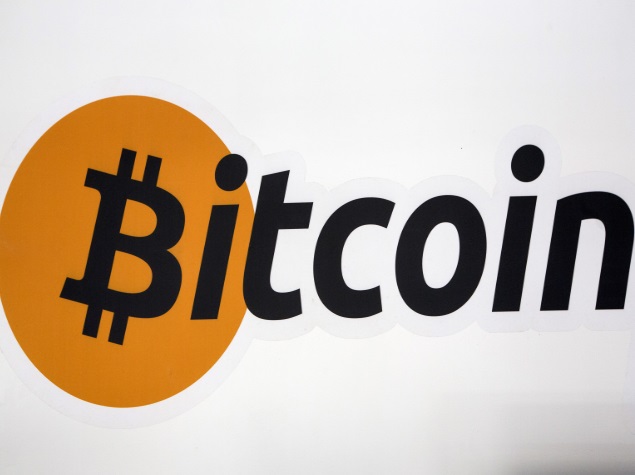 Armed with a doctorate in financial engineering, 34-year-old Timo Schlaefer was on his way to a promising career at Goldman Sachs in London. Previously with the bank's mergers and acquisitions team, he became an executive director of credit quantitative modeling at Goldman, where quants like Schlaefer are highly valued.

In February he gave that up, and launched a company called Crypto Facilities Ltd, a Bitcoin derivatives trading platform, which now has six employees. For now, the platform trades Bitcoin forwards, which are directly linked to the price of Bitcoin, but it's also developing other digital currency derivative products.

"This is uncharted territory," said Schlaefer. "It's an exciting opportunity to participate in a new area of technology that has massive potential."

Bitcoin is a virtual or online currency created through a "mining" process where a computer's resources are used to perform millions of calculations. Once mined, Bitcoins can be stored in an online wallet, traded in an online exchange, or used to buy goods and services.

Once the province of small-time investors driven by their distrust of government-backed currencies, now Wall Street bankers and traders are leaving high-paying jobs to join Bitcoin start-ups, while big firms hire in-house to get their arms around Bitcoin and the related 'blockchain' technology.

"A lot of people are entering the Bitcoin space as the sector has reached an overall level of funding that's hard to ignore," said Jaron Lukasiewicz, founder and chief executive officer at New York-based Bitcoin exchange Coinsetter. Lukasiewicz, 29, moved to the Bitcoin world in late 2012, having left behind a six-figure salary in private equity at The CapStreet Group in New York.

Bitcoin is not backed by a government and its value fluctuates. On Thursday, it was trading at $278, making the value of outstanding bitcoin worth about $4 billion (roughly Rs. 25,495 crores). It has had a volatile history, with a rapid rally in 2013 that boosted its value to more than $1,150 per bitcoin at one point.

Right now, Crypto Facilities' Schlaefer probably won't make anywhere near the kind of money that he would potentially earn at Goldman. But it's less about the compensation for Schlaefer and more about being part of the growth in Bitcoin and its underlying technology, the blockchain.

The blockchain - a ledger or list of all of a digital currency's transactions - is viewed as Bitcoin's main technological innovation, allowing users to make payments anonymously, instantly, and without government regulation.

Software engineers have started developing multiple applications for the blockchain, including a land title record system in Honduras to the clearing of trades in financial markets.

Meanwhile, Wall Street firms are doing their own hiring in the cryptocurrency realm. In June, online Bitcoin job ads surged to a record high of 306, according to data from Wanted Analytics, with demand coming from banks such as Capital One and tech companies such as Intel and Amazon. In previous months, Citigroup and TD Canada Trust posted Bitcoin job ads as well.

Risky business
For 31-year-old Paul Chou, founder and chief executive officer of Ledger X, an institutional trading and clearing platform for Bitcoin options, moving into the digital currency space represents what he hopes results in lucrative profits down the road. But there are other reasons for his shift.

LedgerX is awaiting regulatory approval from the Commodity Futures Trading Commission to trade and clear options on Bitcoin. Chou said the firm hopes to operate the first regulated exchange and clearinghouse to list and clear fully-collateralized, physically-settled Bitcoin options for the institutional market.

"I took a very large salary pay cut to do this, in return for equity in a start-up that can be worth a lot someday," Chou said.

Before LedgerX, Chou worked at Goldman Sachs in New York as a quant equity trader after graduating from the Massachusetts Institute of Technology with degrees in computer science and mathematics. Chou said his hours are much longer as an entrepreneur - he's constantly refining ideas for strategy and thinking which areas to focus on.

"The domain expertise, relationships, and career equity I've built are things I never could have done while at Goldman," Chou said. "As a former trader, I'm glad I made this trade-off at the stage of my career that I did."

It's a risky move, however. There are already several tales of Bitcoin company failures and mismanagement.

U.S. Bitcoin marketplace Buttercoin, for instance, shuttered its operations in April this year despite raising $1.3 million (roughly Rs. 8 crores) in funding. Bitcoin exchange MyCoin closed its doors in February of 2015, leaving about 3,000 investors out of pocket.

Tokyo-based Mt. Gox, once one of the most dominant Bitcoin exchanges, closed its doors without warning in February last year, filing for bankruptcy and leaving investors approximately $500 million (roughly Rs. 3,186 crores) in the red.

The number of Bitcoin start-ups has increased by more than 80 percent from last year. As of end-July, there were 814 start-up digital currency companies, up from 444 a year earlier, according to Angel List, an online marketplace for start-ups seeking to raise money from angel investors.

Chan, 47, who joined the Bitcoin industry three years ago, worked for Deutsche Bank as head of its over-the-counter derivatives technology in Japan, and was a trader at UBS and Morgan Stanley.

He works long hours at Airbitz, doing everything from strategy to raising money, but the work environment is more flexible. At Deutsche, Chan had a multi-million dollar package, and he admits to missing that paycheck.

"But we're doing something special here at Airbitz. And I do think our company will be valued at a lot more in the future," he said.